byKharoll-Ann Souffrant
in News, Sports
0
ADVERTISEMENT
Share on FacebookShare on TwitterShare on LinkedinShare on PinterestShare via EmailShare on Reddit 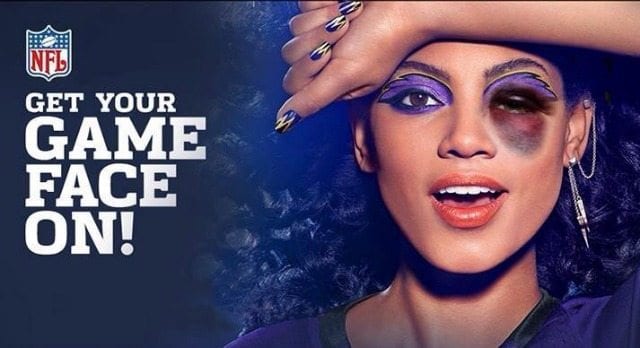 In the past weeks, many of you have heard of the reported incidents involving several NFL players all over the media and the internet sphere. First, it was the Ray Rice viral video of him assaulting his wife that made headlines, then Adrian Peterson later dominated the news cycle after being indicted on child abuse charges. Both of them are star sports personalities in the National Football League (NFL).

Naturally, most fans were shocked and disappointed over such events which have cast a shadow on the entire NFL organization and its members as the new season kicks off. However, prior to the recent high profiled incidents, social workers were already throwing flags to raise concerns on the increasing amounts of domestic violence incidents in the NFL, and recent events have spotlighted even further the darker side of the game. Like any other human beings, they aren’t perfect and struggle with different kind of personal and family issues.

Many grass roots organizations, fans, and other activists have come out publicly in opposition of how the NFL has handled these events. Pop-star singer Rihanna claims the NFL dropped her song after she issued an angry about the Ray Rice incident. For those of you who might not remember, former boyfriend and R&B singer Chris Brown has assaulted Rihanna back in 2009. You may or may not agree, but Rihanna, for her own part, has expressed in a vigorous manner her disapproval of that decision on Twitter. Meanwhile, Peterson has reacted lately to this controversy by apologizing for all the harm he has caused and has mentioned being currently seeing a psychologist to work on his difficulties.

I don’t want to conclude anything about these sad events too quickly as I do not know all the details and whole aspects of both of these situations.  However, I want to relate these events to the realities of many non-famous people, who might deal with these situations on a daily basis, without having the media spotlight on their personal lives and battles.

On domestic violence : a clear definition

According to the National Coalition Against Domestic Violence, domestic violence is defined as:

The willful intimidation, physical assault, battery, sexual assault and/or other abusive behavior perpetrated by an intimate partner against another. It is an epidemic affecting individuals in every community, regardless of age, economic status, race, religion, nationality or educational background. Violence against women is often accompanied by emotionally abusive and controlling behavior, and thus is part of a systemic pattern of dominance and control. Domestic violence results in physical injury, psychological trauma, and sometimes death. The consequences of domestic violence can cross generations and truly last a lifetime. For More Information

Domestic Violence can be recurrent and lasting over time, but it can also be a single event. We often tend to believe that physical violence is the only form of domestic violence and while it can lead to very dramatic consequences such as death. Other forms such as emotional abuse, economic and physical isolation can be equally damaging. According to current statistics, 1 out of 4 women in the United States will experience domestic violence in their lifespan with female young adults are at a greater risk for it happening to them. It is also important to note,  the existence and suffering of male victims of domestic violence as well as domestic violence in same sex relationships.

As a result of recent events with Janay Rice, a lot of people are asking, why don’t victims of domestic violence just leave? The article #WhyIStayed: Voice for Domestic Violence Victims on Huffington Post can provide some answers to this question for you. A lot of victims will hesitate to leave (or will do and come back to their abuser) for many reasons. Some victims will fear for their lives or the lives of their romantic partner when suicide is threatened. The murder-suicide perpetrated by Jovan Belcher of Kansas City Chief against Kasandra Perkins the mother of his child.

For many others, the problem has been going on for so long that their self-esteem is completely crushed and they do not have the confidence to step up and realize that they do deserve better. Some spouses will use the children to blackmail their partner and the fear of losing custody of their kid can be strong enough for the victim to decide to stay in the relationship no matter how toxic it is. Domestic violence is a very complex issue, and there is rarely one and unique cause to it.

.@bevtgooden, creator of #WhyIStayed campaign: "It's not so easy to… walk away when the person you're with is part of your identity."

What about child abuse?

Child abuse is a very sensitive issue to most of us, but abuse can take various forms to include emotional abuse as well as physical abuse. Corporal Punishment is still legal in many states with the US. However, any discipline that leaves marks and bruises lasting longer than 24 hours can range from improper discipline to severe abuse depending on the severity of injuries to the child. Children are the most vulnerable citizens of our society and protective factors should be put in place that will allow them to develop and grow into their full potential. Children who are victims of child abuse experience increased risks for being victims of domestic violence or abusers in intimate relationships.

Where can you get help for domestic violence and child abuse?

If you suspect a child to be abused or neglected, you can call the National Abuse Hotline at 1-800-4-A-CHILD. Crisis counselors are available 24/7 to listen to you and your concerns.

If you recognize yourself in this description of domestic violence, you can contact the National Domestic Violence Hotline (800) 799-SAFE or you can visit their website at NDVH.org for more information.

I hope this article has been helpful and if you want to discuss it more further, I invite you to submit your comments or to tweet with me at @kharosc.

What the Wealthy Have to Offer to the Study of Poverty

What the Wealthy Have to Offer to the Study of Poverty

Mississippi Crumbling: The Inheritance of Inequity in The Magnolia State