byPeter Choate
in Mental Health, Social Justice, Social Work
0
ADVERTISEMENT
Share on FacebookShare on TwitterShare on LinkedinShare on PinterestShare via EmailShare on Reddit

A mother finds herself in a domestically violent relationship and she has children. Child Protective Services (CPS) becomes involved and discover that the children are either being abused directly or are witnessing the abuse. CPS turns to the mother and tells her that she has a responsibility to protect the children from the abuse despite being a victim feeling powerless to help herself. This is a challenging place for a woman to find herself.

Consider what her options may look like. She can leave the abuser which might immediately place her in search of a place to live with children. Emergency shelters are often full. Friends or family may be available but a feature of abusive relationships is that the woman is cut off from those support systems. Thus, where is she to go? 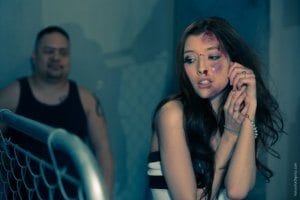 What about money? Many women in these situations have become financially dependent upon their abusers. Bank accounts are not under their control and, if they do work out of the home, their pay has been deposited in ways that the abuser can manage – assuming there is any money left over in between paychecks.

What about risk? The research tells us that the risks for women and their children go up when she tries to leave an abusive relationship. Abusers become angry and seek revenge. They may stalk and hunt out the woman increasing the violence rather than reducing it. The risks to the children go up in such a circumstance. However, if she stays because she is dependent and /or has nowhere to go, then she risks losing her children. It’s a form of double jeopardy.

What this raises is the need for child protection and the agencies that support CPS really understand domestic violence. They really need to get how much there is a need for safety planning that includes housing, finances, privacy, shifts in schools, day cares – even family doctors. The changes are complicated and require planning. It just doesn’t work to arrive and tell a mother that she either protects her children or lose her children.

As many who have done child protection work can speak about the mere arrival of child protection in the family increases risks for children and the mother. Abusive partners are highly suspicious of the presence of authority figures. It can get even more complicated if police have also attended.

Except in cases of extreme violence and imminent danger, it may be possible to move with intention – creating a time line and a carefully developed plan. This might include the creation of safe places or events that allow the mother to begin creating connections that are away from the violence. Even doing this is risky if the abuser finds out but such approaches give the mother time to reflect and to build confidence in what she might be able to do.

There will also be cases where it is possible to engage the abuser but it requires good knowledge of the risks that the abuser presents. Mothers want their children to be safe, but in cases like these they can be caught in a web they don’t know how to get out of. Telling them that they are failing to protect their children is an unlikely pathway out.