bySteven Walker
in Social Work, Technology
0
ADVERTISEMENT
Share on FacebookShare on TwitterShare on LinkedinShare on PinterestShare via EmailShare on Reddit

Cyberbullying is one of the major threats to the mental health of young people according to a group of young researchers at the  UK National Children’s Bureau. A survey by the charity Beatbullying found that nearly one-third of all 11-16 year olds have been bullied online, and for 25 per cent of those the bullying was ongoing. The consequences range from young people developing anxiety, depression and self-harming behaviours – through to suicide, and the World Health Organisation recognises this as a global problem. Social workers and other professionals working with young people worldwide need to take this modern threat seriously. 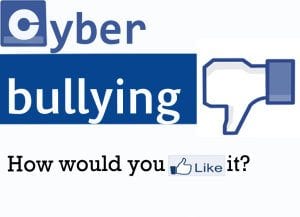 Cyberbullying has increased dramatically in recent years.19% of regular Internet users between the ages of 10 and 17 reported being involved in online aggression; 15% had been aggressors, and 7% had been targets; 3% were both aggressors and targets. 17% of 6-11 year olds and 36% of 12-17 year olds reported that someone said threatening or embarrassing things about them in e-mails, instant messages, web sites, chat rooms or text messages.

Very little research has been done to investigate the issue of cyber-bullying. However, cyberbullying is as harmful if not more harmful than the usual forms of bullying due to the secret nature of the attack, the invasion of personal space, and the fact that potentially harmful messages can be displayed to a large audience in minutes.

Many school students involved in cyber-bullying can be unaware of what they are contributing to. School anti-bullying policies are not effective in stopping it because of the special nature of this form of bullying which allows those involved in passing on hurtful material to feel less responsible.

Cyberbullying has been defined as the use of information and communication technologies such as e-mail, cell phone and pager text messages, instant messaging, defamatory personal Web sites, blogs, online games and defamatory online personal polling Web sites, to support deliberate, repeated, and hostile behaviour by an individual or group that is intended to harm others. Cyber-bullying includes a large variety of behaviour and situations, such as sharing embarrassing images or videos, sending abusive text messages or stealing online identities to cause problems for the victim via social media.

As well as the rate and frequency of bullying emerging as important factors, another significant variable in evaluating the impact and consequences of being bullied is the length of time of ‘the bullying relationship’. Few studies have been able to follow-up research with bullies but one study found that among a group of students who had been identified as persistent bullies 70% had received criminal convictions by the time they were 24 years old.

More than 80% of children in the UK have access to home computers and more than 75% of children aged eleven own a mobile phone so the scope for bullying in this way is huge. The proportion who report being cyber-bullied (19.7%) is similar to that found in other studies globally. Young people feel that cyber-bullying consists of traditional bullying methods such as ‘harassment’, ‘antagonising’, ‘tormenting’, ‘threatening’ via different forms of technology. Respondents identified ‘intentionality’ as an important feature of cyber-bullying.

Overwhelmingly young people agreed that it was as harmful:

“Just because it isn’t in real life doesn’t mean the emotional distress caused is any less” (Boy).

and in some cases that it was worse because the bullying is in black and white, could get very personal, has the potential to involve many more people much more quickly and has a degree of secrecy about it which in turn can create fear in the victim. In addition because cyber-bullying can take place at any time and in any place, options for escape are limited. Or as one girl said: “There is no hiding place from cyber-bullying”

Measures and resources need to be developed in a Public Health context to support young people to report incidents of cyber-bullying through other young people who could help change attitudes and provide a source of peer support. Therapeutic methods and models used by health and social care staff may require changing, adapting or enhancing to reflect the particular characteristics of both bullies and victims of cyber-bullying and their needs.

Legal and Political pressure needs to be exerted on multi-million pound social media companies and organisations that promote and profit from internet use to act more responsibly in their duty of care to customers and to be pro-active in combating harm being conducted via their websites/chatrooms and social networking forums. Public Health and education policies and practice that take a holistic approach and which stress the importance of developing values of co-operation, care and kindness amongst young people, rather than competition and individuality need to be designed, developed and implemented sooner rather than later as the digital world contributes to the further isolation and self-centred context of the emotional and psychological development of young people.