bySusan Youngsteadt
in Diversity, LGBTQ, News, School Social Work
0
ADVERTISEMENT
Share on FacebookShare on TwitterShare on LinkedinShare on PinterestShare via EmailShare on Reddit 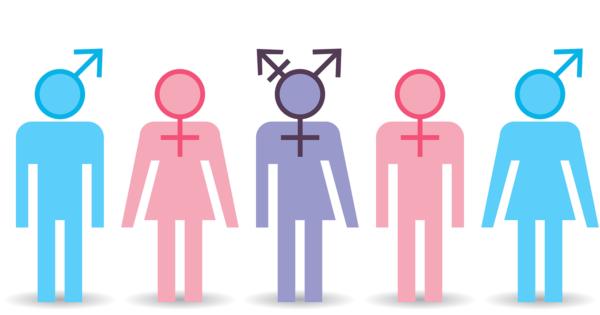 A school district in Lincoln, Nebraska recently decided to avoid using the gender terms boys or girls in order to become more gender inclusive. Specifically at Irving Middle School, teachers and staff were provided with materials educating them on how to use more generic expressions for children, such as “campers, readers, athletes, or even purple penguins to be more gender inclusive” writes Deena Winter of the Nebraska Watchdog.

Winter reports on  a handout called “12 Easy Steps on the Way to Gender Inclusiveness” which advises teachers on how to avoid separating students by gender, but instead make divisions using birth dates or other preferences. Working with children ages 5 to 14 in a mix-gendered environment, I found myself asking this question about my work environment. The phrase “alright boys and girl” is commonly used to get the participants’ attention along with “you guys” or “yes sir or yes ma’am”.

“Always ask yourself, ‘Will this configuration create a gendered space?’” said Step 1 of the handout.

Or they could “Create classroom names and then ask all of the ‘purple
Penguins’ to meet at the rug,” the handout said.

Step 5: “When you find it necessary to reference gender, say ‘boy, girl, both or neither,” the handout said. “When asked why, use this as a teachable moment. Emphasize to students that your classroom recognizes and celebrates the gender diversity of all students.”

Step 7: “Look for examples in the media that reinforce gender stereotypes or binary models of gender (it won’t be hard; they’re everywhere). When with others, call it out and interrogate it.”

Step 8: “Be intolerant of openly hostile attitudes or references towards others… on their statements about gender. Being punitive may stop the behavior, at least in your presence. Being instructive may stop it entirely.”

Middle school children face numerous obstacles and difficulties during those three years. There is an increasing need to fit in, yet one is also beginning to figure out who they are or who they want to be. Understanding one’s gender identity only adds to the stresses an individual encounters during those early teen years.

Lincoln Superintendent Steve Joel provided a statement referencing what children who struggle with gender identity may be facing and how this initiative can help. “Kids who are “living an alternative lifestyle” or have a “gender difference” are going through an “emotionally traumatic time,” Joel said, and other students “don’t understand what that child represents” so the school needs to help students understand “differences are OK” and “we’re all there to learn”.

The handouts have so far only been provided to teachers and staff at Irving Middle School. However, Joel believes it is up to each individual school to decide what the needs of the student body are. Members of the Nebraska Family Alliance and other sister organizations have commented on how the information is “some of the most radical material we’ve ever seen”.

Although extreme, the decision to implement gender inclusive material into the school system is progressive. As a future social worker, the gender inclusive initiative that Lincoln Nebraska has started takes them one step closer to equality for all individuals, regardless of gender identity. Social workers actively work to advocate for equal rights in schools for members of the LGBTQ community. I believe, after time has passed, Irving Middle School may be used as an example for other schools on how to better address gender differences at this age. To understand gender as a social issue, one must first acknowledge that gender is not binary. Although, some people may view gender inclusion as only a means to  appease the LGBTQ community. This intervention could also help to minimize effects of gender assigned roles that thwart the growth of our young people in early education.

Girls are less likely to interrupt others to speak, but those who do are interpreted as rude or unwilling to follow class rules. Boys interrupt their peers and the teacher more frequently and this can be interpreted as either an assertion of leadership or inability to follow class rules. Girls’ school work is often described in terms of their perceived effort but boys’ school work is interpreted according to their smartness and capability. Often, girls are rewarded for being nice, helpful and compliant while boys are rewarded for demonstrating skill and assertiveness. Educators reflect the cultural assumption that it is “natural” for boys to be boisterous, aggressive, competitive and unruly, but girls’ behavior becomes a “problem” when it challenges the boundaries of femininity. Read Full Article

Middle to late childhood, ages 9-14, is a time of increased need for social acceptance. Not only are there physical changes that impact children in this group, there are also changes within an individual’s social circle. I am sure we can all attest to the claim that middle school was one of the most stressful and terrifying time periods of our lives. If worrying about how we chose to identify ourselves or what actions are appropriate for our gender was eliminated in school, imagine what character qualities may have been nurtured.

Susan Youngsteadt is a first-year student in the Master's in Social Work Program at North Carolina State University (NCSU). She graduated from NCSU with a B.A. in Psychology as well as minors in Social Work and Nonprofit Studies. Susan currently works at Lake Lynn Community Center as part of the School Based Programs as an intern, working with children ages 5-14 on a conflict resolution and emotional expression curriculum.