A troubling new report released recently by the National Center on Family Homelessness at the American Institutes for Research documents the growing distress among the nation’s children. More children are sliding further into poverty and experiencing homelessness. Using data from the Department of Education and the Census Department—researchers led by Ellen Bassuk found that one in 30—or 2.5 million American children—were homeless at some point last year. That represents an eight percent increase nationally from 2012. They found child homelessness increased in 31 states and the District of Columbia and that the problem exists in every state, every city and every county in America. We know that outcomes for children experiencing homelessness are disastrous. We know that this growing problem does not get solved by the mothers of these children just doing the right thing. 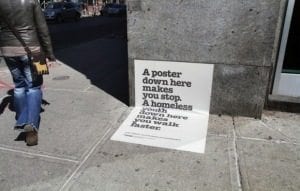 Childhood homelessness is a self-perpetuating cycle of despair. Many of the mothers of today’s homeless children were homeless when they were children. There are high rates of sexual and physical abuse among these mothers. Many were raised in unstable families which often moved from place to place disrupting any possibility of their getting adequate education. Before they realized what was happening, they found themselves advancing into adulthood with little or no skills and very little chance of finding meaningful employment. The men in their lives often left them battered, bruised and pregnant. And somehow they were expected to be responsible, caring mothers and provide for their children. The very people who would judge and condemn them most voraciously are the ones who would deny them family planning services.

Dr. Bassuk has been researching this problem for more than 25 years and still the problem not only persists but is growing according to this latest study. Back in 1988 she estimated that homeless families accounted for approximately one-third of the total homeless population. They now represent 37 percent of the homeless population and growing. Her research has documented that many mothers heading homeless families are overwhelmed by their circumstances. They suffer from high rates of post-traumatic symptoms, major depressive disorder, and high anxiety, greatly reducing their ability to provide proper parenting for their children.

Research has found that homeless children are four times as likely to develop respiratory infections and suffer with asthma as children in stable housing. They have limited access to quality food and nutrition, are often targets of neglect and abuse, live in neighborhoods where there is greater likelihood of being exposed to violence, are more likely to live in households with higher rates of divorce and substance abuse, experience social stigma, and have disrupted relationships with family, friends and teachers. In addition to suffering from a number of well-documented traumatic problems, children in homeless families are less likely to receive quality treatment for their problems as are children in stable housing. Homeless children often receive services in cramped, crowded and otherwise hostile environments, which reinforce the trauma and stigma they are already suffering.

One reason many children experience homelessness is due to the lack of cooperation between housing agencies and child welfare systems. Deborah S. Harburger, director of Fiscal Strategy at the University of Maryland’s School of Social Work’s Institute for Innovation and Implementation, in a 2004 article in Child Welfare, estimated about 30 percent of children in child welfare systems are there because of housing instability and that cooperation between the two systems could save about $1.94 billion annually and provide stable housing for thousands of displaced children.

The United States is the richest nation on the planet yet we rank 34th out of the richest 35 countries in child poverty. It is estimated that child poverty costs the nation $500 billion annually. Like most social problems, just rescuing these young victims will not solve the problem. More shelters and social services will barely keep them alive. What is needed is more long range planning to reduce poverty and prevent children from experiencing homelessness. We know what it takes to solve the problem of homeless children. The country needs an adequate supply of safe affordable housing—something the free market will not provide. Unless we as a society concede that some children are expendable, we need to do more to reduce current levels of homeless families with children and find ways to give every child a chance to succeed regardless of the circumstances in which they are born.