byDr. Charles Lewis, Jr.
in Parenting, Politics, Social Work
0
ADVERTISEMENT
Share on FacebookShare on TwitterShare on LinkedinShare on PinterestShare via EmailShare on Reddit

What if we knew how to prevent children and youth from engaging in risky and self-destructive behaviors? What if we can use scientific research to identify those factors that work and then could replicate success? In 2009, the National Research Council and the Institute of Medicine issued a report: Preventing Mental, Emotional, and Behavioral Disorders among Young People: Progress and Possibilities that change the thinking of researchers and policymakers about behavioral health. It launched a new era of prevention research and we are beginning to see the dividends today. Policymakers are now looking for ways to prevent as well as treat social problems.

A well-attended congressional briefing was convened yesterday in the Rayburn House Office Building entitled: Practical Lessons on Moving Successfully from Prevention Science to Policy: What Works in Getting “What Works” into Policy. It was a rare event on the Hill where neither party blamed the other for the country’s problems or the inability to solve our problems. It was an opportunity for researchers who have been successful in preventing child abuse and neglect to discuss how their findings might influence policy on the federal level. 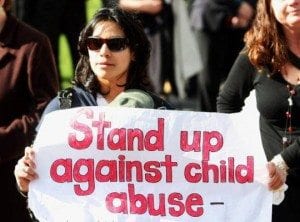 Two Democrats, Congressmen John Conyers (MI-13) and Robert C. “Bobby” Scott (VA-3), and Republican Congressman Todd Young (IN-9) joined forces to promote an idea whose time may have come—how prevention science can be used to reduce incidences of social ills and save taxpayers billions of dollars. By reducing the amount of children and youth who participate in risky behaviors, we can limit the number who gets involved with crime, substance abuse, premature pregnancy, and we might even help many avoid the onset of certain mental health disorders that would result in billions spent on incarceration, welfare, and behavioral health services.

In June 2014, Rep. Young introduced H.R. 4885: The Social Bond Impact Act that would amend Title XX (Block Grants to States for Social Service and Elder Justice) to create a new Part C for social impact bonds. Should the bill become law, it would require the Secretary of Treasury to seek proposals from states or local governments for social impact bond projects that produce measurable, clearly defined outcomes resulting in social benefit, such as employment for the unemployed, reduction in incidences of child abuse and neglect, improved high school graduation rates, and reduction in teen and unplanned pregnancies.

Applicants would be required to conduct a feasibility study, funded under the Act. The law would allow the federal government to partner with a private entity that would provide financing to a certified nonprofit to scale up an effective program. Should the program achieve expected successful outcomes, the government would then pay back the private entity, including a modest additional fee.

In an unusual display of bipartisanship, the bill has 28 co-sponsors evenly split between Democrats and Republicans. It has been assigned to both the House Financial Services Committee and the House Ways and Means Committee. While the idea of social impact bonds has had limited practice in the United States, it has been used more extensively in the United Kingdom with somewhat mixed results. Goldman Sachs touts itself as a pioneer in the creation of social impact bonds in the U.S.

Several experts shared the successes with prevention research. Dr. Neil Wollman, co-director of the National Prevention Science Coalition and Dr. Diana Fishbein of the University of Maryland’s School of Medicine organized the briefing. The presenters included Catherine Nolan, a social work graduate of the Catholic University, who directs of the Office of Child Abuse and Neglect for the Children’s Bureau described successes of the Children Bureau in scaling up evidence-based home visiting to reduce child abuse and neglect. The Children’s Bureau operates a national resource center for their federally-funded child abuse programs. Dr. Allison J. Metz, co-director of the National Implementation Research Network at the University of North Carolina stressed the importance of fidelity in replication, particularly when scaling up successful programs. She also emphasized the need to build the capacity of governments to use evidence-based programs and creating hospitable funding, policy and regulatory environments. Dr. Dennis Embry, president of the PAXIS Institute, expounded on entrepreneurial approaches to large-scale implementations of evidence-based practice, including the success of his world-renown Good Behavior Game.

It will be interesting to see how this idea evolves in the social work profession as a number of scholars have pointed out that the profession is uniquely suited to embrace a prevention approach to practice, research and policy because of its longstanding commitment to an ecological perspective in addressing the wellbeing of individuals and families. Social work faculty at the University of Chicago’s School of Social Administration, for one, are moving forward with prevention practice and research. It may be just a green shoot now, but it is encouraging to see that Congress can be a place to advance meaningful ideas about how we can make our world a better place.