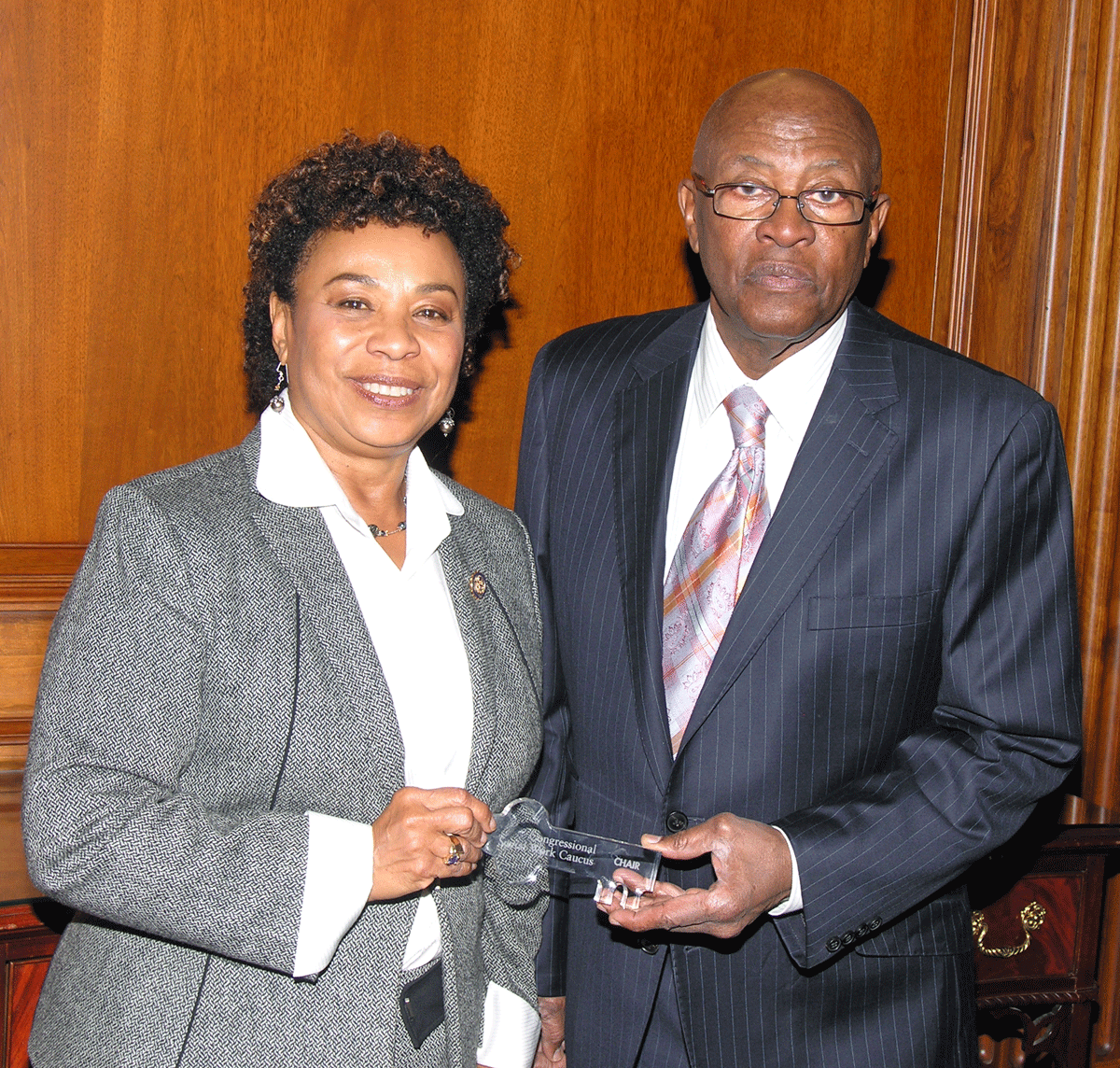 WASHINGTON, DC—Spearheaded by former Congressman Edolphus “Ed” Towns and joined by former Congressman Ronald V. Dellums and current Congresswoman Barbara Lee (D-CA13), Tuesday March 17, 2015 has been declared Social Work Day on the Hill.  A reception will be held in Room B-340 of the Rayburn House Office Building from 2:00 to 4:00 p.m. to highlight the day dedicated to celebrating contributions social workers make to Congress and the federal government.  The event’s theme is Engaging Congress in the Pursuit of Social Justice.

More than two dozen social work organizations and schools are collaborating to create the event in conjunction with the Congressional Social Work Caucus, founded by Mr. Towns in 2010 during the 111th Congress. Congresswoman Lee chairs the Social Work Caucus.  A focal point of the day will be stepping up efforts to pass the Dorothy I. Height and Whitney M. Young, Jr. Social Work Reinvestment Act.

“Having a day for social workers on the Hill has been a dream of mine for a long time,” the former lawmaker acknowledged.  “This will be a day held each year when social workers from all walks of life can gather on the Hill to celebrate the many accomplishments we have made in Congress and salute the many social workers working with the federal government to create a more just and equitable society for all people.  March is Social Work Month so this is the perfect time to do this.”

Towns, who served 30 years in the House representing central Brooklyn, NY before retiring in 2013, earned his M.S.W. degree at Adelphi University’s School of Social Work.  He first introduced the Dorothy I. Height and Whitney M. Young, Jr. Social Work Reinvestment Act in 2008 during the 110th Congress and it has been re-introduced in succeeding Congresses, most recently in the 113th Congress by Rep. Lee as H.R. 1466.  A companion bill, S. 997, was introduced in the Senate by Senator Barbara Mikulski of Maryland.  Both Lee and Mikulski are social workers.  Congresswoman Lee earned her M.S.W. degree at the University of California, Berkeley School of Social Work.  Sen. Mikulski is a graduate of University of Maryland School of Social Work.

“As a former psychiatric social worker, I know first-hand the impact that social workers have on our communities. Professional social workers continue to work on the frontlines, helping individuals overcome adversity, connecting families to critical care services, and making communities thrive,” said Congresswoman Barbara Lee. “As the proud Chair of the Congressional Social Work Caucus, I am looking forward to attending yet another successful social work day on the Hill during Social Work Month in March.”

Former Congressman Ronald Dellums, who served in the House from 1971 to 1988 representing the 9th District in Northern California, will be the keynote speaker for the reception.  He later became mayor of Oakland, CA and is currently the Visiting Fellow at Howard University’s Ronald W. Walters Leadership and Public Policy Center.  He was the first African American to serve as chair of the Armed Services Committee.

“I am pleased to help bring social workers to the Hill,” Mr. Dellums said.  “There is a sense of urgency today that did not exist fifty years ago when I first arrived on the Hill.  When Congressman Towns and I first came to Congress it seemed like we had plenty of time to address the challenges we faced.  The world is moving at a faster clip today and too many people are being left behind.  Social work must find the big idea that will define the profession over the next decade which is why it is so important that we all come together.”

There are currently seven professional social workers in Congress—five in the House of Representatives and two in the Senate.  In addition to Congresswoman Lee, other social workers in the House are Rep. Susan Davis (D-CA53), Rep. Luis Gutierrez (D-IL4), Rep. Kyrsten Sinema (D-AZ9) and Rep. Niki Tsongas (D-MA3).  Sen. Mikulski and Sen. Debbie Stabenow of Michigan are professional social workers.  Congresswoman Lee is the chair of the Democratic Whip’s Task Force on Poverty and Opportunity and founder and co-chair of the Out-of Poverty.  In 2013, she was selected by President Barack Obama as the congressional representative to the United Nations.

For additional information, contact Dr. Charles E. Lewis, Jr., president of the Congressional Research Institute for Social Work and Policy (CRISP) at celewisjr@gmail.com. CRISP is a 501(c4) nonprofit organization Towns helped to found to complement the work of the Social Work Caucus.