byBeata Skonecki
in Disability, Employment, Social Work
0
ADVERTISEMENT
Share on FacebookShare on TwitterShare on LinkedinShare on PinterestShare via EmailShare on Reddit 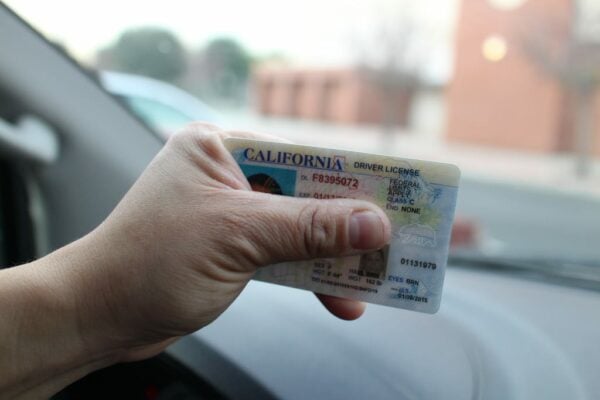 It concludes about 80% of the job postings I find require a driver’s licence and vehicle as a condition for employment.

For many people, this is inconsequential, or something that’s a given. When I was sixteen, I stood by as some of my friends excitedly obtained their permit, and only a short while later, their license. By the time I was in college, nearly everyone my age — that I knew — had a car. There were, of course, a few exceptions, but I was not in the majority.

Having a driver’s license is expected. If you don’t have one, you’re viewed as unreliable by some and immature by others. It seems to be a prerequisite for many jobs — even ones that pay minimum-wage or only slightly higher. Despite the cost of maintaining a vehicle, gas, and insurance, it’s generally assumed that one will, eventually, earn their license and purchase a car.

It’s different for someone who has had ten eye surgeries.

I spent much of my early teenage years struggling to balance my glaucoma. I was diagnosed with at age nine, and I struggled with school, extra-curricular activities, and simply growing up trying to find my place in this world. My parents were my biggest supporters. The vision in my left eye deteriorated rapidly. I had surgeries in other states. I missed a lot of classes. When I graduated high school, I breathed a sigh of relief.

For the past few years, I’ve been very lucky. My vision has remained stable. However, I still primarily only use one eye, I experience frequent headaches and blurry vision, and my eyes are very easily irritated. I take several medications to keep my intra-ocular pressures stable.

At age twenty-two, I walked across the stage after hearing my name. I had done it — I had earned my Master’s degree. I was beaming; I was glowing. I was prouder than I have probably ever been. And, you guessed it — I still didn’t have my driver’s license.

As I began the process of looking for and applying to jobs, I noticed that the majority of employers required a car and driver’s license. This makes sense where travel is required between offices, I thought, or if home visits are required. But in some instances, it seemed, well… superfluous. I’ve been utilizing public transportation since I was thirteen years old; it’s neither a burden nor does it prevent me from getting to work and being punctual.

What struck me as especially intriguing was the almost always present: “We do not discriminate on basis of religion, sexual orientation, gender, disability….”

I’m not sure if I consider my vision impairment a disability or not (the Americans with Disabilities Act does), but that’s beside the point. It is frustrating, and honestly saddening, to have worked so hard for a Bachelor’s and Master’s degree, and my Licensure — I’m an LMSW — only to see this in job descriptions time and time again.

According to the Americans with Disabilities Act, this shouldn’t be happening.

Yet it has, and it continues to happen. Cars are not always reliable. They break down. People will always run late. In the part of the world in which I am located, inclement weather occurs all too frequently during the winter. I am trying to learn to drive, but it’s taking time. I’m not sure if it’s ever something I will be fully comfortable with. My safety and the safety of others must always come first.

More importantly, employers requiring someone to have a driver’s license and vehicle to get to work is ableist. It discounts the work myself and so many others have put in. It is discriminatory, and it needs to stop.

Beata Skonecki is a Licensed Master Social Worker living in Buffalo, NY with her partner, cat, and a lot of plants. She has a Bachelor’s in Social Sciences and a Master of Social Work. During the course of her undergraduate and graduate career, Beata particularly enjoyed classes in community development, gender studies, policy analysis, and social action. Beata is deeply committed to fighting the stigma of mental illness and disability, and in helping to create accessible living spaces for all.

Sports and Stress: Identifying Athletes’ Needs Off the Field