bySWHELPER
in Aging, Elder Care, Social Work
0
ADVERTISEMENT
Share on FacebookShare on TwitterShare on LinkedinShare on PinterestShare via EmailShare on Reddit 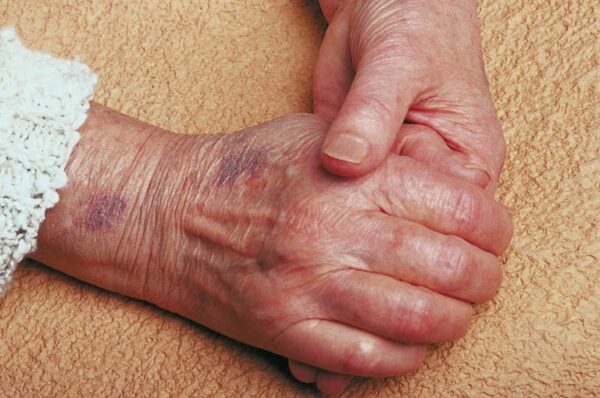 According to a study by the National Center on elder abuse, 63.7% of the reported abuse cases were elderly women? Statistics suggest that the majority of elderly Americans, our grandmothers and grandfathers, are being abused and neglected. For those of you who don’t know, elderly abuse refers to any knowing, intentional, or negligent act by a caregiver or any other person that causes harm or a serious risk of harm to a vulnerable adult.

The problem is that we fail to recognize just how vulnerable the elderly are. The elderly are often seen as a wise and loving population who aim to educated and guide the young. But the sad truth is that elderly people are very likely to suffer from various illnesses and disabilities such as dementia. 14 million adults over 65 year in the U.S have some form of disability. Approximately 5.1 million adults over 65 in the U.S have some form of dementia and almost half of the adults over 85 have Alzheimer’s disease—or a disease closely related to.

Now, when you throw in the fact that the elderly are highly reluctant to report abuse because they fear worsening their situation it is clear that they are indeed vulnerable. They shouldn’t have to deal with abuse or neglect, and it is time for a change. Even though this population is reluctant to report their abuse, Adult Protective Services (APS) have shown that there is an increasing trend in the reporting of elderly abuse.

Research estimates that only 1 in 14 elderly abuse cases are actually being reported.  According to the New York State Elder Abuse Prevalence Study, it estimated for every 1 case of elderly abuse reported 24 cases go unreported. A sample study of adult women with disabilities showed that 67% experienced physical abuse and 53% experienced sexual abuse. In another study 55% of adult men experienced physical abuse after becoming disabled, 12% of which said it was from a personal assistance service provider. It is estimated that roughly 90% of the abusers in elderly cases were family members, the remainder of which being mostly service providers.  These statistics are a disgusting truth and can no longer go unheard.

For those of you, who may not empathize with the elderly after reading this, imagine if it was you. The U.S Census recorded the highest ever recorded population of individuals over the age of 65 in 2010 which is 13% of the U.S population or 40.3 million people. The currently fastest growing portion of the U.S population is the 85 and up elderly. By 2050, there will be an estimated 19 million people 85 years or older in the U.S making up 20% of the population.  If the national elderly abuse crisis is not rectified soon then based on the preceding statistics, it likely will be you.

There are various resources for the elderly across the country. Eldercare Locator is provided by the Department of Health and Human Services and helps connect older adults and their families with local service providers for the elderly. Eldercare Locator can be contacted at 1-800-667-1116 (Monday- Friday 9 a.m. – 8 p.m. Eastern Time) or at eldercare.gov (24/7). Because the majority of elderly abuse cases go unreported, ending abuse must start with reporting the abuse. If there is an immediate danger or threat of danger to your health, safety, or well-being call 911! Also, you can contact your local social services agency with their Adult Protective Services division to report suspected elder abuse in homes and care facilities.

We are students passionate about empowering people, and we’ve started this campaign to give a voice to those who don’t have one #‎outofyourshadow.