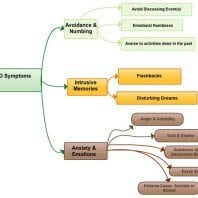 During the past ten years, I traveled to over 100 jails and prisons in the entire east coast of the United States, giving me the to opportunity to observe the dire lack of appropriate medical and mental health care in our prison system. The most immediate and urgent need is to screen routinely for Post Traumatic Stress Disorder (PTSD) among incarcerated individuals. 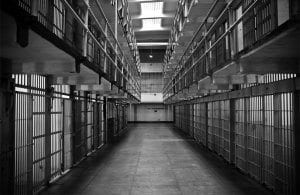 After assessing over a thousand men who face lengthy prison sentences and endured long periods of solitary confinement, almost every person I have encountered has had an unaccounted childhood history of abuse and/or sexual abuse. To me, this has been most notable among those who have had a long connection to the criminal justice system— namely African American men, and more specifically those who have endured long years in the foster care system.

Many of the same patterns are also emerging within our immigration detention system, and so parallel conclusions can be applied to the immigrant population who are being held in prison-like settings. The goal of this article is to make the public aware of a growing epidemic of PTSD in our system of mass incarceration and detention. It calls for urgent attention to this immediate public health crisis. Addressing PTSD both in and out of correctional settings would lead to less violence and killings in prison and in the community.

The effects of living with untreated PTSD almost always flags a misdiagnosis of a mental health disorder of some other kind and no clinical account of the person’s abuse that can then lead to relevant basis for mitigation and the proper course for rehabilitation. It can also implicate mistreatment of symptoms and prescribing the wrong psychotropic medications to a person. In some instances, identifying PTSD can offer context to a whole host of other issues such as Traumatic Brain Injury (TBI), Depression, or co-occurring polysubstance abuse issues. Once PTSD is identified, it should lead to a long-term regimen of individual psychotherapy and addiction treatment where appropriate, with an emphasis on the mental health component. PTSD does not have to last forever but when it remains untreated, it can certainly last a lifetime.

“Post Traumatic Stress Disorder (PTSD) is caused by both traumatic experiences before incarceration and institutional abuse during incarceration that includes the six clusters of symptoms: (1) intrusive memories and flashbacks to episodes of severe institutional abuse; (2) intense psychological distress and physiological reactivity when exposed to cues triggering memories of the institutional abuse; (3) episodes of dissociation, emotional numbing, and restricted affect; (4) chronic problems with mental functioning that include irritability, outbursts of anger, difficulty concentrating, sleep disturbances, and an exaggerated startle response. (5) persistent avoidance of anything that would trigger memories of the traumatic events; (6) hypervigilance, generalized paranoia, and reduced capacity to trust caused by constant fear of abuse from both correctional staff and other inmates that can be generalized to others after release,” according to Terence Gorski. What Are Some Barriers to Identifying PTSD in Prisons and Detention Centers?

What We Can Do

Anyone who has had contact with the criminal justice system should be automatically considered predisposed to the conditions of PTSD and Complex PTSD. This assumption should be more pronounced among those who have been charged with a violent crime.

Becoming trauma-informed almost always requires a client-centered approach in either mental health or legal advocacy. It is absolutely essential that clients are put at ease, especially within prisons. Conducting trauma assessments almost always requires a skilled clinician who understands the continuum of PTSD and what its components look like. It is also important to allot an appropriate amount of time to acquire information related to one’s trauma history.

Commonly used universal screening tools in a proper trauma assessment are the PTSD Checklist (PCL-C) and the Life Events Checklist (LEC). To screen for signs of Traumatic Brain Injury or TBI, you can use the Harvard Trauma Questionnaire-Revised, a more developed cross-cultural tool to assess one’s history of torture, severe head injuries, and other extreme life hardships. You can also use the Hopkins Symptom Checklist-25, to screen for depression and anxiety symptoms. You may want to also use the Beck Depression Inventory II (BDI II) to look for depression symptoms that frequently co-exist with PTSD when left untreated for a long period of time.

After conducting a trauma assessment, various relaxation and stress reduction techniques can be taught to the one facing and enduring incarceration. An appropriate amount of follow-up should be done to see that the person is referred to proper treatment of PTSD for the long-run.

Shreya Mandal, JD, LMSW works at Brooklyn Defender Services in New York. She recently joined the Harvard Program in Refugee Trauma focusing on Global Mental Health and Trauma. Ms. Mandal worked as an in-house mitigation specialist for The Legal Aid Society of New York from 2004 to 2014 and briefly worked as a public defender at The Bronx Defenders. Ms. Mandal is also a recipient of the 2009 National Association of Social Workers Emerging Social Work Leadership Award. View all posts by Shreya Mandal