Police Abuse: A Serious Threat to the Rule of Law

byNils Muižnieks
in Global, Human Rights, News
0
ADVERTISEMENT
Share on FacebookShare on TwitterShare on LinkedinShare on PinterestShare via EmailShare on Reddit 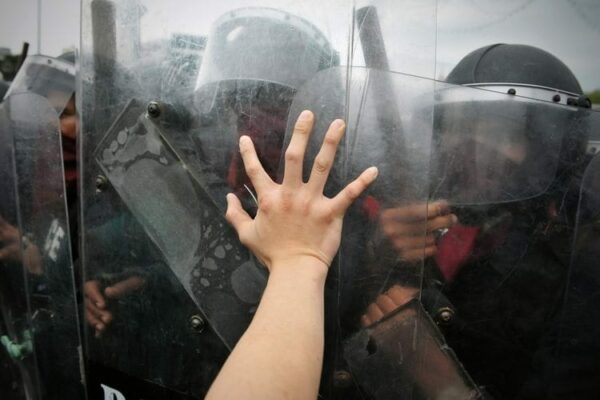 Far too often, police officers in many European countries resort to excessive use of force against protesters, mistreat persons in detention, target minorities and otherwise engage in misconduct. This undermines public trust in the state, social cohesion, and effective law enforcement, which rests on cooperation between police and local communities.

It is difficult to ascertain whether police misconduct has become more common in some countries or whether the problem has become more visible and recognised. Clearly, demonstrations have become more commonplace in Europe, generating new challenges for law enforcement. Moreover, European societies have become more diverse and police forces have sometimes been slow to adapt. In other cases, political elites share much of the blame, as they have given the green light for bad policing through direct orders or rhetoric stigmatising certain groups.

In recent months, Europe has witnessed several glaring instances in which policing of demonstrations has gone beyond what is legally and ethically acceptable. In Ukraine, excessive use of force by police against peaceful demonstrators in late November 2013 fueled a massive growth in protests, which have since resulted in a growing number of deaths among both protestors and police.

After interviewing numerous victims and examining many medical records, I detected a clear pattern of targeting the head and face, which is completely unnecessary and disproportionate. In the context of the 2013 Gezi events in Turkey, I received numerous and particularly serious allegations of excessive use of force by the police, including excessive and improper use of tear gas and the use of gas canisters as projectiles. In both Ukraine and Turkey, police repeatedly targeted both journalists and medical personnel, who could be clearly identified by their clothing.

The excessive use of force during demonstrations and/or apprehensions is, however, just the tip of the iceberg. Other forms of police misconduct occur out of the sight of the general public.

The treatment of persons while in police detention is a case in point. Ill-treatment, sometimes lethal, occurs in several European states, as documented by the Council of Europe’s Committee for the Prevention of Torture and Inhuman or Degrading Treatment or Punishment (CPT). This treatment mostly takes the form of slaps, punches and kicks as well as blows with hard objects (such as baseball bats) to various parts of the body. The CPT has noted that the allegations concerning police violence tends to relate mostly to ill-treatment inflicted at the time of questioning with a view to obtaining a confession or extracting information.

I have been particularly concerned by the practice of police custody in Spain, where the incommunicado detention by the Guardia Civil (the national police) is a long-standing problematic practice, as noted in my 2013 report on Spain, which has led to serious human rights violations found by the European Court of Human Rights and the UN Committee against Torture.

Another serious form of police misconduct is violence targeting minorities, in particular Roma, and migrants. In Greece, for instance, regular threats and racially motivated ill-treatment of migrants and Roma by members of the police and coast guard have been reported. Institutionalised racism also plays a major role in ethnic profiling resulting in abusive stops and searches targeting minorities and migrants. In a recent report on France, the Open Society Justice Initiative highlighted the very negative impact of this practice on “entire sectors of the population [who] are left feeling that no matter what they do, they will always be second-class citizens”.

There is a need to eradicate impunity

It is of utmost importance that all allegations of police misconduct are effectively investigated so as to lead to the identification and punishment of those responsible, as required by the well-established case-law of the European Court of Human Rights. Moreover, there is a need to impose dissuasive penalties on offenders involved in serious human rights violations, in line with the Committee of Ministers’ Guidelines on eradicating impunity for serious human rights violations.

Regrettably, many investigations of human rights violations committed by law enforcement officials are ineffective, as it is often members of the same force who are investigating into actions of their colleagues and there is sometimes a “code of silence” about protecting one’s own. The creation of independent police complaints mechanisms, which exist in United Kingdom, Ireland and Denmark, could be one of the solutions to this problem. Other options include empowering national ombudsmen to investigate complaints about law enforcement forces.

Political leaders also bear an important part of responsibility. As the organisation of law enforcement is hierarchical, the discourse and attitudes of politicians, particularly ministers of interior, are rarely ignored by rank-and-file officials. It is extremely damaging to public trust in state institutions when law enforcement officials convicted of misconduct involving ill-treatment are pardoned or receive inadequate sanctions. Political leaders should instil the clear message that responsibility for ill-treatment extends beyond the actual perpetrators to anyone who knows, or should know, that ill-treatment is occurring and fails to prevent or report it.

States should develop clear guidelines concerning the proportionate use of force by police, including the use of tear gas, pepper spray, water cannons and firearms in the context of demonstrations, in line with international standards.

In addition, practical and easily adoptable measures should be taken, such as the obligation for riot police officers to display identification numbers in a way which makes them visible from a distance and are brief enough that people can memorise and use them to report abuses.

Furthermore, in the selection, recruitment and promotion of police, special attention should be paid to reports of past misconduct, racist attitudes, and the ability of individuals to withstand stressful situations. The recruitment of officers among minority groups would also help reduce the risk of racially motivated violence and contribute to make the police more representative of society’s diversity. In this context, continuous, systematic human rights training as well as the adoption and implementation of the 2001 European Code of Police Ethics, are essential.

Police misconduct is a long-standing matter of concern, but is not inevitable. Effective means to combat this phenomenon exist and must be used by states. This is an essential requirement for restoring the public’s trust in state authority and safeguarding human rights and the rule of law.

Preserving the Therapeutic Relationship as a Mandated Reporter