byNils Muižnieks
in Education, Global, News
0
ADVERTISEMENT
Share on FacebookShare on TwitterShare on LinkedinShare on PinterestShare via EmailShare on Reddit 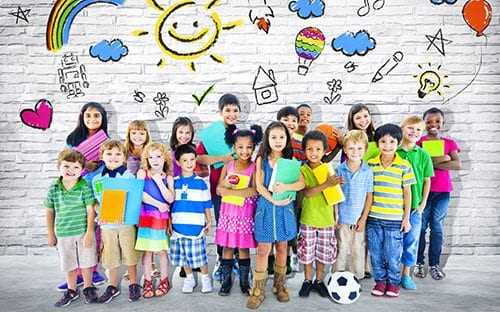 Public debates on the need to ensure more inclusive education for children and young adults who face social exclusion in diverse societies have recently rekindled in Europe. Evidence shows that in many European states the dropout rate of children coming from migrant families or minority groups, such as Roma, is at least twice as high as that of native or ethnic majority students.

In many countries, children with disabilities and Roma continue to be educated separately, though adequate support would permit their full integration into mainstream education. Poverty, persistent discrimination and social marginalisation are the main underlying reasons for this inclusive education deficit, which needs to be reversed by determined and systematic action by all European states.

Exclusion from or divisions in education along ethnic and language lines have a devastating impact on social cohesion and reconciliation in multi-ethnic societies struggling to come to terms with a violent past. In Bosnia and Herzegovina generations of young people have been educated in mono-ethnic schools or in segregated “two schools under one roof”.

Regrettably, there appears to exist no political will to change this system despite a national court ruling that found it discriminatory. Segregated education is also a reality for many Serb and Croat children in Vukovar, Croatia. I have also been concerned at the adverse effects of segregated education in “the former Yugoslav Republic of Macedonia” on pupils’ life and relationships as well as on this country’s social cohesion.

Everyone has a right to quality education

Inclusive education, as defined by UNESCO, is a process that addresses and responds to the diversity of needs of all children, youth and adults through increasing participation in learning, cultures and communities, and reducing and eliminating exclusion within and from education. It is a principle that places the responsibility (a ‘positive obligation’) on states to educate all children without any discrimination within the mainstream system.

As noted in 2014 by the Council of Europe Parliamentary Assembly, schools must become places where priority is given to teaching young people to live in harmony in an environment which respects freedom of thought and conscience, encourages learners to open up to others and develop a critical mind, while providing adequate support to those who need it.

Every child’s right to quality education ‘on the basis of equal opportunity’ is firmly enshrined in the UN Convention on the Rights of the Child. It is intrinsically linked to inclusive education and consists not only of one’s cognitive development but also of the inculcation of values and attitudes of responsible citizenship, and is a fundamental pillar of democratic societies.

In addition, the UN Convention on the Rights of Persons with Disabilities requires the provision of quality education in a mainstream, inclusive environment to children with disabilities, establishing this as an international legal obligation. In fact, it has been estimated that non-inclusion of persons with disabilities in Europe and Central Asia has cost a loss of 35.8% of these regions’ GDP.

In its landmark 2007 judgment in D.H. and others v. the Czech Republic the Strasbourg Court’s Grand Chamber concluded that segregation of Roma in education was discriminatory and noted that discriminatory barriers to access to education for Roma children are present in a number of European countries. Similar judgments have been rendered in respect of Greece and Hungary. Regarding minority education more generally, the Framework Convention for the Protection of National Minorities requires states to promote equal opportunities for access to education at all levels for persons belonging to national minorities.

The Revised European Social Charter guarantees the right of persons with disabilities to independence, social integration and participation in the life of the community, including in education. The European Committee of Social Rights has upheld these principles in decisions on collective complaints concerning the lack of access to inclusive education, for example those concerning France and Belgium.

Inclusive education benefits all learners. It is not limited to integrating children with specific needs into mainstream education, but has a positive impact on all children, the school institutions and the community at large, as noted in a 2006 General Comment by the UN Committee on the Rights of the Child.

Inclusive, inter-cultural education is supported by the Council of Europe programme on Education for Democratic Citizenship and Human Rights Education, which includes a specific programme on South East Europe: “Regional Support for Inclusive Education”. This project promotes the concept of inclusive education as a reform principle that respects and caters for diversity among all learners, with a specific focus on those who are at higher risk of marginalisation and exclusion, such as members of national minority groups.

Inclusive education requires a mentality shift at state level, from seeing children or adults as a problem to identifying the existing inadequacies and improving the education systems themselves. It should target any child who may be excluded from mainstream education programmes. Particular attention needs to be given to members of vulnerable groups, such as migrants and national minorities, especially Roma, who often find themselves, or risk ending up, in situations of poverty and social exclusion.

Drawing upon Article 30 of the European Social Charter, effective measures are required in order to promote these persons’ access to quality education. These should include positive measures to increase children’s presence in all education levels, as well as the recruitment and promotion of education professionals with migrant or national minority backgrounds.

There are good practice examples, like the Czech and Slovak Roma pupils who have been successfully integrated in primary or secondary mainstream education in the United Kingdom, after having attended special or de facto segregated (Roma-only) schools in the Czech Republic or Slovakia.

As regards in particular Roma and Travellers, school mediators and/or assistants recruited from Roma and Traveller communities should be employed to facilitate the relations between these communities and the teachers and schools. They should be provided with adequate training and support and be accepted as far as possible as full members of the schools’ professional teams.

Much needs to be done for the true inclusion of children with disabilities as well. In my country reports, for example those on the Czech Republic and Romania, I have often highlighted the need for accepting inclusion as a fundamental principle and as an enforceable obligation on mainstream schools which must become accessible and, where necessary, provide the individual support needed.

A worrying tendency I encountered in this respect in some countries is the perpetuation of segregation while using nicer-sounding concepts such as “appropriate education” (the Netherlands) or even by labelling special schools “inclusive education centres” (Romania). True inclusion requires adequate resources – austerity budgets can never justify sub-standard education for children with disabilities, as I have stressed in respect of Spain.

Inclusive education needs to be clarified in national contexts and its principles promoted and reflected in national legislation and education policies and practices all over Europe. To this end, the schools’ capacity to create an inclusive environment needs to be increased, notably by improving teaching practices to prepare teachers for diversity in the classrooms. Inter-sectorial and inter-institutional cooperation in this field must be strengthened in particular between education, health and social protection bodies.

Furthermore, it is necessary to develop systems of support in inclusive education including by making enrolment policy flexible and inclusive for all disadvantaged students. Monitoring and evaluation of school inclusiveness also need to be developed. Last but not least, parents’ involvement in these processes should be increased and their capacities strengthened.

Data indicate that each additional year of schooling raises the average annual GDP growth by 0.37%, thus helping to alleviate poverty and to eradicate social exclusion and marginalisation. European states can no longer afford to ignore modern societies’ need for inclusive education. Equitable and efficient budgetary allocations to promote inclusive education are needed. It is a necessary investment for the long-term development and social cohesion of all European states.

We Must Honor Kalief Browder and Work to End State Violence