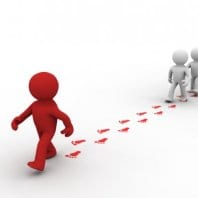 When it comes to leading change and creating social movements, particularly when it involves people on the margins of society, it’s easy to fall into the trap of assuming success means “widening” the mainstream to accept a new group of previously excluded citizens. 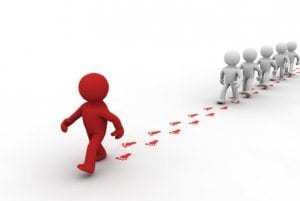 Reverence may be paid to new rituals and customs. Changes may be made to environments to make them more accessible or representative. Language may be scrutinised and modified to create a more welcoming lexicon. Laws may change to increase rights and entitlements.

In themselves, these acknowledgements are important and meaningful because they achieve their intent – to decrease exclusion and increase participation.

On a deeper level, however, these gestures can miss an important point: that the mainstream, the majority, gets to remain in its safe bubble of normality. Its only discomfort is to grin and bear the odd stranger or strange practice until they stop or become familiar.

Examples include using Maori words in the weather forecast only during Maori Language Week; building a ramp in a school but not talking about a competitive education culture that values individual success over teamwork; or legalising gay marriage without addressing heteronormative assumptions that prevent people discussing sexual and gender orientation in open, non-threatening ways.

What I would call “fringe leadership” is the commitment to doing things the other way around. It’s about bringing the mainstream to the marginalised minority with the intention of disrupting the dominant culture.

Imagine a commitment by the country to incrementally increase the use of Te Reo Maori language in public life? First integration with the weather forecast, then Government departments, schools, and other public places? How long would it take to have a bilingual population? How would bilingualism add to authentic biculturalism?

Imagine greeting any stranger you met by inquiring about their sexual preference without the threat of hostility? What would the first question about a new born baby be if it wasn’t, “Is it a girl or a boy?”

Fringe leadership challenges us to rethink inclusion and accessibility. It poses questions like:

Fundamentally, fringe leadership asks us to look around and ask, “What are the alternatives?”