Hillary Clinton Can Do Better on Race

byDr. Michael Wright
in News, Politics
0
ADVERTISEMENT
Share on FacebookShare on TwitterShare on LinkedinShare on PinterestShare via EmailShare on Reddit 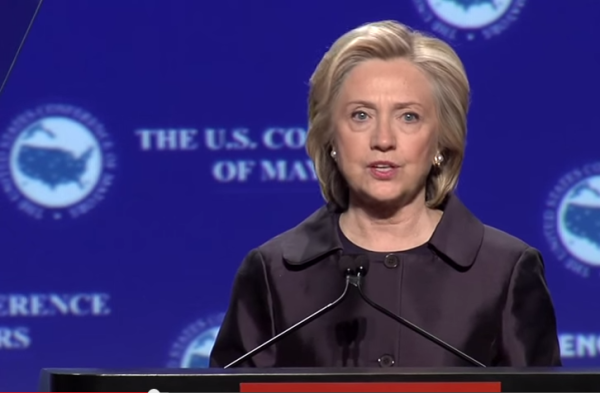 Hillary Clinton is currently using a rhetorical device otherwise known as an attempt to be “honest”, and it’s a call for us to be reflective about our own indifference to the racial divide. The problem is, former Secretary of State Clinton reinforces an irrational fear, masked in a logical fallacy, to justify an unsustainable ego defense. She meant well in the context of a larger discussion on race.

But, she could have engaged the same discussion by demonstrating the fear as irrational rather than leveraging the fear to elicit an emotional connection. Let’s apply the Social Work Next perspective to evaluate the rhetorical device. Our central question is one of Politics. How can policy and politics support empathy?

Exploring the Rhetoric
This speech was delivered July 23, 3015 in South Carolina. Some are attempting to use the clip without context to manufacture a Clinton gaffe. Presenting this as a gaffe, it would set up a narrative pitting open-minded Whites against other Whites using Black lives as the key factor in the decision point. Many may fall into that pit, but Social workers cannot.

If you took this position, it argues for Whites to advocate for and acknowledge that Blacks deserve to be treated as equals. Then, the other Whites should join the open-minded Whites and their action in creating a more tolerant United States. What this does is maintain the privilege of Whites as the center of the debate—the decision makers and the one group whose advocacy and opinion matters.

It also limits the debate to an individual level debate, one where each person needs to step up. The danger is to ignore mezzo and macro levels that also need attention. The danger is to miss the opportunity to ask a presidential candidate how he/she will legislate with the empathy necessary to create change. Policy should be the center of this debate leveraged by Justice for all, informed by Appreciation for all.

Clinton states in multiple events over the past month, some version of the following:

“Let’s be honest, for a lot of well-meaning, open-minded white people, the sight of a young black man in a hoodie still evokes a twinge of fear. And news reports that poverty, crime, and discrimination evoke sympathy, even empathy, but too rarely do they spur us to action or prompt us to question our own assumptions and privilege” (June 20, 2015 speech to US Conference of Mayors).

It’s still an inappropriate line. It could have been better. It serves to justify fear of Black males even while highlighting privilege.

Breaking down the Conceptual Semantics

The Social Work Next approach to this begins with the awareness of multiple systems levels: micro, mezzo, and macro. The individual or micro level is where much of this rhetoric resides. Rather than justifying the fear as a reminder to reflect with empathy and action, let us explore the fear as irrational.

The individual assessment would ask what biopsychosocial-spiritual-meaning experiences support the fear of Blacks. Only by addressing those fears at their origin, can the individual address the fallacy (most often) or the trauma (less likely) that supports the fear. The point at the individual level is that YOU have a choice regardless of the past or fear of the future. The risk in this moment is equal to the risk is all other moments.

At the mezzo level, we deal with institutions. What institutions support the idea that being Black is somehow threatening or precursor to harm? The solution is to move away from prejudice and determine the content of a person’s character no matter their race or clothing. The number of Blacks has no impact on your level of fear during a board meeting even if they all wore hoodies.

Let’s be clear, alley ways are scary no matter who is standing around in them. Anyone walking into a convenience store with a hoodie pulled over their head is going to raise your fear level. Remove the “being Black” offense from the evaluation of safety in context. Let us promote institutions that utilize the best in social engineering to support collaborative outcomes. You do that by moving away from social control and toward social capital. You know what I mean. “Protect and Serve” community policing versus “Stop and Frisk” raids and harassment.

At the macro level, we discuss environmental practice—the home for our discussion of politics. This is where we get into the depth of empathy. Empathy can begin with guilt. The problem here is that the guilt-to-empathy construct works at the individual level. The task is to expand the construct to the macro level, to collectively reflect, then politically act. What Clinton got wrong is that we don’t make this choice because of our guilt about our privilege or our fear of Blacks. We make the choice to create a politic of justice and appreciation because it serves our ends. The first level of empathy is to see ourselves or our children as the potential victim of unjust policy. The second level is to care that any other person would be subjected to such unjust policy without our ability to successfully navigate the system. 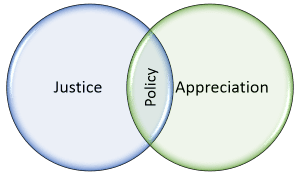 Politics of Change
As citizens, we are counting on our politicians to advance policy solutions. As social workers, we must educate a populous addressing a politic that lacks empathy. Clinton discusses empathy that leads to action, but only after justifying irrational thoughts. Reflection on assumptions and privilege is not enough. Many well-meaning people don’t have the energy and commitment for true empathy–understanding how my history makes my choices reasonable. And, how your insistence on my conformity criminalizes my existence. That is the point of #BlackLivesMatter. Not a redress to your privilege, but the assertion of my right to exist, under my own terms.

Use policy to grant me that right. Structure institutions that promote and bolster that right. Make equitably available the tools to defend myself and navigate the system.

In your speeches, structure your rhetoric to ensure a movement of justice and appreciation leading to empathy. Go beyond the guilt of having more, living outside stop-and-frisk zones, and living within successful school districts. Create, support, and enforce policies that provide equity of opportunity without asking me to become like you or more safe for you. I can’t change my color, but WE can change policy.

Afterward to the Social Worker
If you want to explore rhetoric and semantics further, may I suggest the following article as a starting point.

The most memorable lines in modern rhetoric—”Ask not what your country can do for you, ask what you can do for your country”; “The only thing we have to fear is fear itself”; —are remembered precisely because they’re simple enough to understand, memorize, and talk about. Practically every modern sage of language—George Orwell, Steven Pinker, William Safire, Strunk & White—advises non-fiction writers to express themselves with simple language. Even if you like purple prose in your long-form narrative non-fiction, you’ll agree that it’s pleasing to hear complex policy points in clear sentences and parallelisms. (It’s hard to rule out that the dense language of the 19th century was pleasing and cogent in its own time.)

If you would like to explore the implications and the next steps for social work thought, keep reading this site, or you can do both.