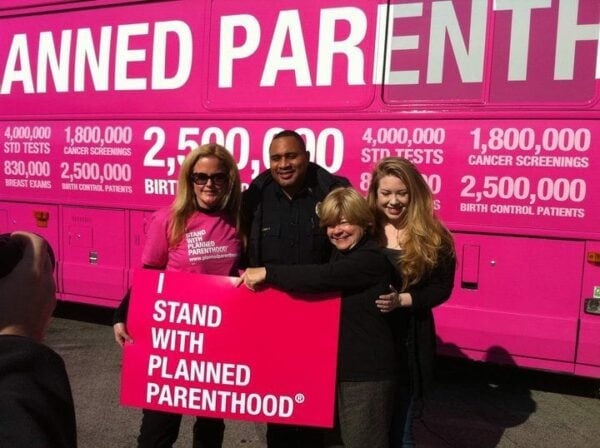 As Social Work students, we are concerned about the deceitful attempt to defund Planned Parenthood, an organization that provides vital health care services to 2.7 million Americans each year. In Louisiana alone, Planned Parenthood annually provides 16,000 visits in both Baton Rouge and New Orleans for services that include birth control, cancer screenings, STD tests and treatment, and other preventative healthcare such as much-needed sexual health education.

This smear campaign is part of a 10-plus year pattern of harassment and violence by extremists whose focus is banning abortion and preventing women from accessing preventive health care at Planned Parenthood health centers. The group behind this video smear campaign is a part of the most militant wing of the anti-abortion movement. They have been behind the bombing of clinics, and the murder of doctors in their homes and in their churches. This group has zero credibility. They set up a fake company. It appears that they used fake government IDs. They’ve even filed fraudulent tax documents and have completely lied about who they are and what they do all in an effort to end safe and legal abortion and bring down Planned Parenthood.

Additionally, we would like to clarify a few things for readers. Donating fetal tissue is a common medical procedure that goes to research seeking to cure Alzheimer’s and Parkinson’s diseases. The only monetary transaction in the video discussed was standard reimbursement costs. There is nothing in these videos that suggest any violation of law, and these tapes are heavily doctored. The clips take the conversations out of context, while the full tapes show the doctors in question state repeatedly that Planned Parenthood does not profit from the consensual donation of fetal tissue.

Furthermore, we want to clarify that Planned Parenthood does not receive federal funding for abortion services. Federal funds are restricted from funding these services by the Hyde Amendment. What the money does fund is healthcare for people who need it. In Louisiana, we have a dearth of healthcare services for low-income people, made worse in recent years.

Social workers see the tragic consequences of lack of health care every day. Per the CDC New Orleans is number two in the nation for HIV infections, and Baton Rouge is number three per capita. People here are struggling with higher-than-average rates of chronic illnesses, and they cannot afford to find treatment. Social Work Students United for Reproductive Freedom (SWURF) does not see this as a pro-choice versus pro-life issue. We see it as a human rights issue. It is about the right to have freedom over one’s body without government intervention. It is about the health of Louisiana women, men, and children. For those reasons, we support Planned Parenthood.

Press Release: Social Work Helper was not involved in the creation of this content.

When Basic Living is Considered a Utopia for the Poor

When Basic Living is Considered a Utopia for the Poor

An Easy-to-Use Guide to Incidental Mindfulness: A Mini Rest for the Busy Brain