Harnessing Our Own Power in Action, Not Just in Theory

byShauntia White
in News, Social Work
0
ADVERTISEMENT
Share on FacebookShare on TwitterShare on LinkedinShare on PinterestShare via EmailShare on Reddit 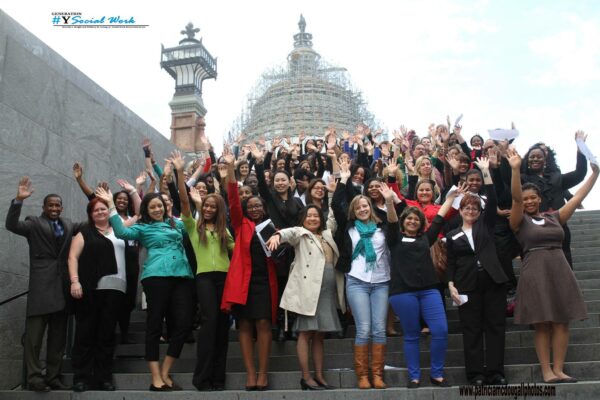 These United States are changing, and there is a desperate need for services that include and treat diverse groups of people from all walks of life. Since last year, I have realized the power and extreme altruism of professional social workers as our society’s safety net. Many perform services that help people face significant life challenges, while others give voice to the growing constituency of individuals who are abused, dispossessed or idle despite meager wages.

We as social workers are needed on the front line of defense against political uncertainty, historic economic downturns and violence erupting in families, in schools, neighborhoods, or even between police and citizens. Our nation’s safety net is buckling, and as a profession, we need a strong political force to continue to catch those who has fallen between the cracks, is currently falling, or could be heading that way, with no possible way of survival.

We as young adults have not all fallen victim to the despair that keeps us voiceless in the political sphere. Since 2013, through the use of hashtags on social media, several movements such as #BlackLivesMatter and #StudentBlackOut were birthed to nationally recognize allegations of racism, racial insensitivity and inequality, police brutality; the denial of federal workforce or health care benefits to graduate students; or the lack of inclusion or diversity in higher education.

In 2015 alone, a series of protests led by students at the University of Missouri inspired other protests or indications of solidarity at Yale University, Ithaca College, Amherst College, University of Kansas and numerous other US campuses. We as a generation have power, but we as budding social work leaders have not even begun to exercise our strength.

For those tired of inequalities in the world today, for those terrified by the currently political climate in our local, state, and federal government, and for those serious about young social workers in elected office to ensure the safe passage of policies that matter, harnessing our own power in action, not just in theory, is critical to the growth of this country. 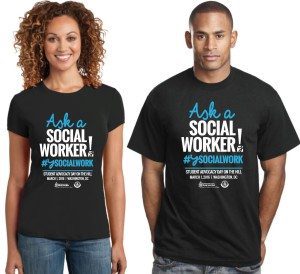 Through #YSocialWork, originated by myself in media partnership with Social Work Helper in 2015, an online movement was created so that the profession could benefit from young, innovative problem-solvers, regardless of field experience, who can introduce practical approaches to advocacy and policy reform.

We as young adults can modernize the social work profession through technology, innovation, and through our inherent sense of bravery we are known for as a generation, but are often too late or pushed aside when we are no longer of use. Now is your time again to exercise your voice and speak up about issues affecting the social work profession and the clients we serve.

March 1st will kick off the second annual Social Work Student Advocacy Day on the Hill, under the banner of “Social Work Day on the Hill festivities. Students and early career professionals are invited to discuss how policy is shaped and learn more about the critical issues that affect the social work profession and our clients.

This momentous event will be held from 9:00 AM – 5:00 PM in the Congressional Auditorium in the Capitol Visitor Center. The full-day conference is being organized by social work students and sponsored by the Congressional Research Institute for Social Work and Policy (CRISP) and the Greater Washington Society for Clinical Social Work (GWSCSW).

This year’s event will focus on the Improving Access to Mental Health Act of 2015 (H.R. 3712). Hands-on training will provide unique opportunities for participants to learn first-hand how advocates can promote professional growth and inclusion. By listening to speakers and engaging with leaders in the social work profession, you will learn to voice your ideas and promote professional concerns to legislators and congressional staff. Experience the power of social work through collective engagement and advocacy.

According to Congresswoman Barbara Lee, a former psychiatric social worker, this bill proposes a new payment structure that will align Medicare payments for clinical workers with that of other non-physician health care providers like nurse practitioners and physician assistants. The legislation will also ensure access to the full range of behavioral assessments and intervention services provided by clinical social workers.

Implement strategies for students to create a voice of action and advocacy through facilitated training exercises, workshops; and congressional office visits;

Enhance social work research for students to inform social work practice; and policy and legislative deliberations on the Hill;

Empower the next generation of students by way of direct lobbying training undertaken in partnership with the Clinical Social Work Association (CSWA) and the National Association of Social Work (NASW);

Establish a community of students regardless of field practice via networking opportunities and ongoing social media contact with speakers, student ambassadors, early career professionals, and one another.

Social workers play a unique role in our society, bridging the gap between the most vulnerable and the power-at-be. We as young social workers need to be visible change agents and committed to social justice ensuring all people are recognized for their inherent humanity, but we still have a lot to do in establishing ourselves as a political force, not just in theory.

Join us on March 1st, so we can harness our own power and learn to use it effectively. The challenges we and our clients face are political in nature, making social work an inherently political profession. Together, we will walk the halls of power and give voice to the voiceless.

To register to attend this year’s event click here and register. The above seen t-shirt is free for the first 200 registrants.

How to Build Your Social Media Network

Shauntia White, MS is a social work student at the University of Maryland School of Social Work, located in the heart of Baltimore City. She holds a master’s degree in human development and family science from Oklahoma State University. She is the Founder and President of YSocialWork, an independent 501(c)3 focused on applying social work values to political systems by engaging social work students in young professionals in leadership development, advocacy, and innovation. She is former recipient of the Hillman Entrepreneurs Program at the Prince George’s Community College and University of Maryland, the Creativity, Innovation, and Entrepreneurship Scholars Program at Oklahoma State University, and the Entrepreneurship and Empowerment Program in South Africa. She is an alumna of the Women’s Campaign School at Yale University, and serves as a student representative for the Greater Washington Society for Clinical Social Work.

Institutional Abuse: Why We Don’t Listen to Children Behind Bars