Know Her Truths: Why Black Women and Girls Matter

byReia Chapman
in Diversity, LGBTQ, News, Social Justice
0
ADVERTISEMENT
Share on FacebookShare on TwitterShare on LinkedinShare on PinterestShare via EmailShare on Reddit 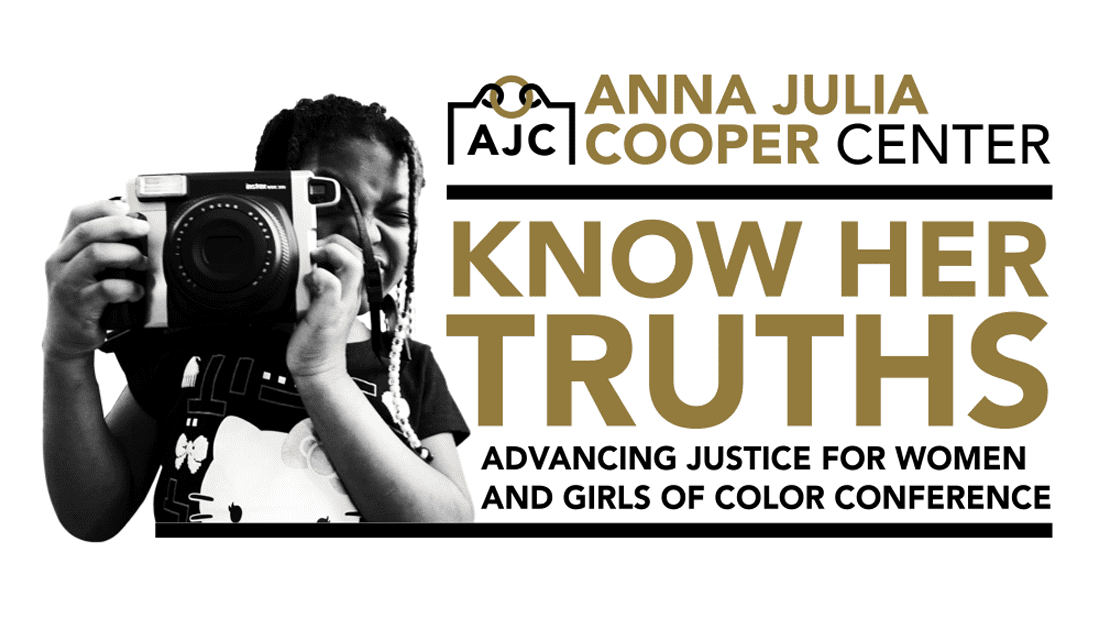 Recently, I had an amazing opportunity to attend the Know Her Truths: Advancing Justice for Women and Girls Conference hosted by the Anna Julia Coopr Center (AJC) at Wake Forest University.  The AJC, as it’s commonly referred to, is directed by Melissa Harris-Perry, and named for scholar, educator, and author Anna Julia Cooper, a Black Woman whose pioneering scholarship and activism laid the foundation for black American feminism and insisted on the importance of Southern voices in American politics.

The Anna Julia Cooper Center is an interdisciplinary center at Wake Forest University with a mission of advancing justice through intersectional scholarship. The conference was held April 29-30, 2016 and is part of an initiative to develop a meaningful research agenda on women and girls of color.

Scholars, students, community organizations, researchers, policy makers, foundations, and activists were brought together for an intensive series of discussions about the circumstances, challenges, and opportunities facing women and girls of color and the ways that we can identify, access, shape, and utilize research to address existing gaps and increase our collective knowledge. 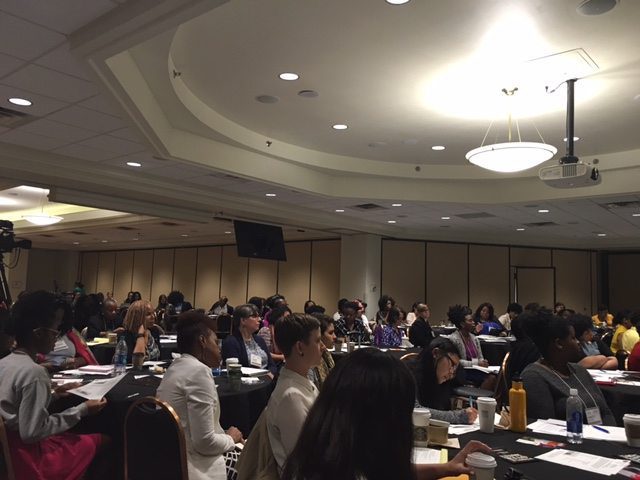 Some of the featured panels included: School Discipline Disparities and Educational Equity, Sexual Abuse to Prison Pipeline, Using Participatory Action Research to Investigate Interpersonal Violence Against Women of Color, Picture This: Using Photography to Tell a Black, Girl’s Truth, Translating research to policy, and Engaging Latino Men to End Violence Against Women: Te Invito Primary Prevention Initiative.  Organizations from all over the country were represented at Know Her Truths including The National Black Women’s Justice Institute, Girls for Gender Equity, SisterSong-The National Women of Color Reproductive Justice Collective, Advocates for Youth, and the Center for American Progress.

I also co-presented on the Reproductive Justice & Unplanned Pregnancy panel with some of my reproductive justice comrades from National Latina Institute for Reproductive Health, All* Above All, Unite for Reproductive & Gender Equity, and The National Campaign to Prevent Teen and Unplanned Pregnancy. The panel discussed how women and girls are criminalized in birthing and parenting, how the lack of comprehensive sex education and access to reproductive healthcare further perpetuates poverty and exposure to reproductive oppression, and the need for ongoing research particularly in the South in the areas of maternal mental health and infant mortality. 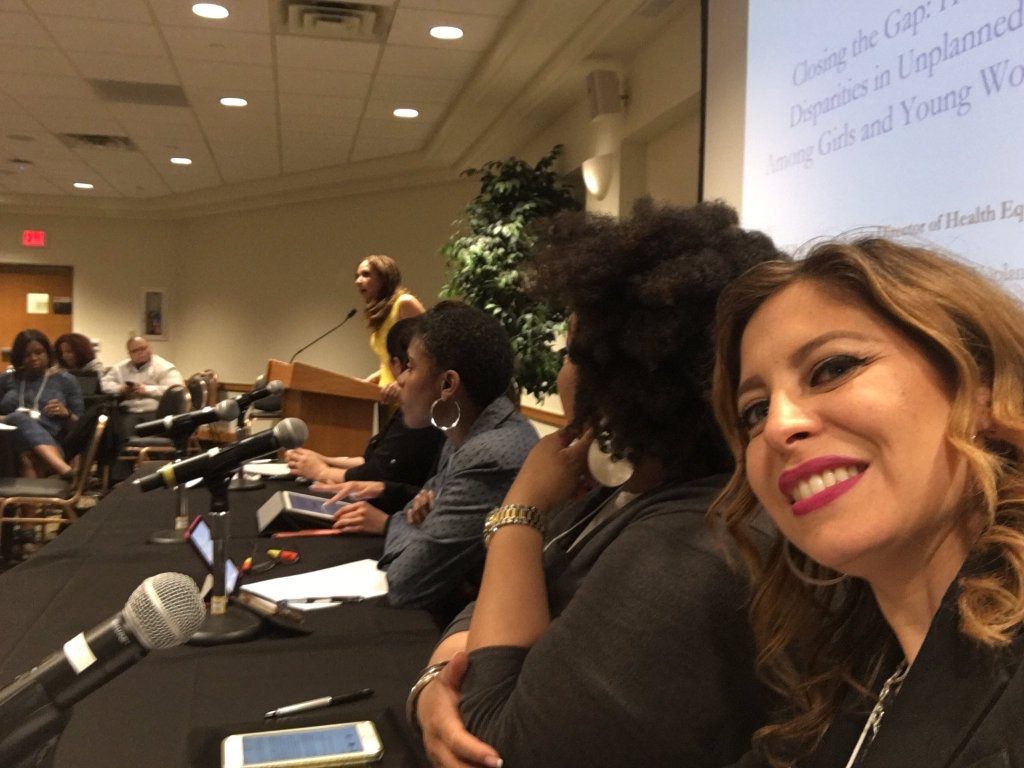 As a Licensed Psychotherapist, fellow academic, and Reproductive Justice advocate, I appreciated the abundance of research, evidenced-informed practice, and the intentional focus on race, culture, history, and geography.  Black women and girls, especially in the South, disproportionately experience discrimination, disparity, criminalization, and reproductive oppression compared to non people of color.

Research has confirmed that Black girls are disciplined and suspended or expelled more than their white counterparts; that Black girls are pushed out and criminalized in essence for being Black, and that people of color are less likely to access mental healthcare due to complex and intersectional oppressions.  Black and brown people, particularly Queer and Trans* with excessive and consistent exposure to violence and poverty, are less likely to break these harmful cycles due to systemic oppression permeating through every social system in all levels of society.

Melissa Harris-Perry also took special note to address House Bill 2 (HB2), the harmful legislation passed in NC making it legal to discriminate against the LGBTQ+ community.  “HB2 is scary, dangerous, and violent.  When the Wake Forest campus heard what was happening the campus came out very strongly against HB2 and even worked to create some ‘All Gender’ bathrooms.”

Valerie Jarrett, Senior Advisor to President Obama even made a special appearance via video message to discuss the White House Council on Women and Girls and the investment the Administration has made to address research gaps and existing cultural challenges.

We understand the risk and adversity for women and girls of color as well as the strengths and protective factors needed to improve outcomes. Research gaps identified include: there is currently no reliable national prevalence for sexual violence or trauma experienced by girls of color including due to exposure to police violence.

Know Her Truths was and is so important to the discourse and praxis concerning women and girls of color.  As MHP stated, “this conference is not the ending point.  It is a contributing part of a ton of work already happening to advance research with and by women and girls of color.” In case you missed it, you can review the conversation on Twitter using #knowhertruths.

For The Empowerment of Women and Girls: Women Deliver 2016 Conference

Reia Chapman is a Licensed Clinical Social Worker specializing in individual, couples and family therapy, and maintains a private practice in Charlotte, NC. As an experienced psychotherapist specializing in Family Systems Theory and Cognitive Behavioral Therapy, she is currently serving as private practitioner working with a broad spectrum of clients. Among her areas of expertise are Maternal Mental Health, parenting training, conflict resolution and LGBTQ related issues.

For The Empowerment of Women and Girls: Women Deliver 2016 Conference

What Will a Trump Presidency Mean for Americans