Rape Culture — How Do We Address and End it?

byPhilip Patston
in Criminal Justice, News
0
ADVERTISEMENT
Share on FacebookShare on TwitterShare on LinkedinShare on PinterestShare via EmailShare on Reddit 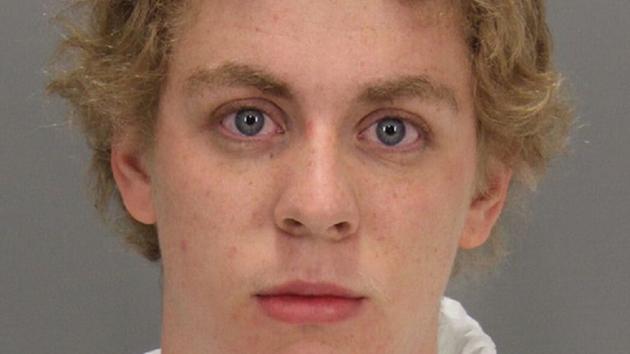 I was moved by Madeleine Holden’s piece in The Spinoff today, about Brock Turner, the 19- (now 20-) year-old Stanford student athlete sentenced to six months imprisonment after raping an unconscious woman behind a dumpster. It’s a passionate bit of writing, angry actually and, rightfully so, Holden asks the question, “What culture raised Turner to become a rapist?”

“… rapists are absorbing our cultural attitudes about rape, and then they are raping … women. It’s not an academic exercise, and we have enough evidence to show that our dialogue around rape isn’t harmless or separate from the real world in which rape takes place. Perpetuating rape myths contributes towards a culture in which rape happens often and is punished little; a culture that believes, on some level, that men are bound to rape and women invite rape by acting in certain ways.

“That is the real problem.”

That’s far too many problems in one paragraph.

I’ve been watching the Turner story develop over the last week or so. I’ve felt angry, aghast, helpless, sad. I admit, I’m not altogether sure about how I feel or what I think about Turner not being sentenced to the maximum 14 years sentence. I’m conflicted. In the context of our current judicial system it doesn’t give justice to Turner’s 23-year-old victim. However, I don’t think sending a 19-year-old to prison for the same length of time as his life would do anything to solve the problem of rape culture.

I agree the system favours the likes of Turner (“young, white male athletes from prestigious universities … treated leniently by their schools and the legal system”). But the same system is also biased against people of non-white, poor and underprivileged backgrounds.

I also agree it treats rape victims abysmally. So we begin to add another element to rape culture: the judicial system.

What has shocked me the most has been the comments made by the two prominent adult white men involved: Judge Aaron Persky and Turner’s father. Persky: “A prison sentence would have a severe impact on him… I think he will not be a danger to others.” Turner senior: “His life will never be the one that he dreamt about and worked so hard to achieve. That is a steep price to pay for 20 minutes of action out of his 20 plus years of life.”

Here we see the effect of both system and culture manifesting themselves in beliefs that Turner’s upbringing will result in only one incidence of offending and that the incident’s consequence on Turner is more impacting than that of his victim.

Part of the real, real problem is not holding these adults to account because it is they who personify and perpetuate the culture of rape and the system that lets it continue. Admittedly, Persky has been called on his attitude (well, actually probably more his light sentence) by demands for him to be removed from his role, but Turner’s father seems to have escaped any ire apart from Holden’s (I won’t repeat her words, they stand for themselves). It seems the right to free speech translates into a father’s right to raise a rapist.

If we took a real stance against rape culture, Turner’s father’s attitude would be deemed a crime in itself. Is it any wonder a 19-year-old young man would see raping an unconscious woman as a legitimate way to get a bit of action with such fatherly advice?

Rape culture is a problem of society. It’s a problem of generations, history and patriarchy. Rape culture needs to be targeted by many more institutions than the judiciary. Boys, I believe, from as young as ten or 11, need age-appropriate education about consent, sexual violence and intimate respect throughout their schooling. Male teachers need similar professional development.

Rape rehabilitation programmes need to target all offenders, as well as parents, teachers and other significant adults in the lives of juvenile offenders. Judges need professional development until such time as, hopefully, rape is seen as a socially-caused aberrant behaviour deserving treatment rather than punishment.

If you think I’m being soft, that those men just need to pay for it, so be it. I write this out of compassion and genuine concern for humanity, as we are all affected adversely by rape culture. If we continue to believe it’s enough to just blame the offender, we must consider how this is any more fair and effective than blaming victims and saying they ask for it.

This could be the beginning of a real solution.