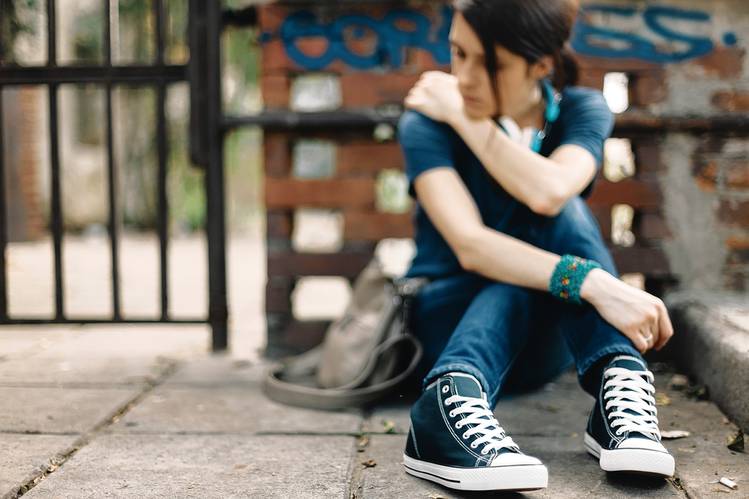 A new report by the Substance Abuse and Mental Health Services Administration (SAMHSA) provides state-by-state results on adolescents (ages 12-17) who experienced at least one major depressive episode in the past year. Based on combined 2013 and 2014 data, the report shows the prevalence of major depressive episodes among adolescents residing in various states – from a high of 14.6 percent (annual average) in Oregon to a low of 8.7 percent (annual average) in the District of Columbia. Differences over time are also reported.

A major depressive episode occurs when a person experiences a depressed mood or loss of interest or pleasure in daily activities and has at least some other symptoms such as problems with sleeping, eating or concentrating for a period of two or more weeks.

Nationally, 2.7 million adolescents (11 percent) experienced a major depressive episode in the past year – roughly one out of every nine adolescents.

Among the 10 states with the highest rates of adolescents experiencing a major depressive episode four were in the West (listed in order of highest prevalence – Oregon, Arizona, Utah and Washington), three were in the Northeast (Rhode Island, Maine and New Hampshire), two were in the Midwest (Wisconsin and Indiana) and one was in the South (Virginia).

Among the 10 states with the lowest rates, four were in South (Tennessee, Georgia, Kentucky and the District of Columbia), three were in the West (Alaska, New Mexico and Hawaii), two in the Midwest (North Dakota and South Dakota) and one in the Northeast (Connecticut).

“Adolescence is a critical time in a person’s development, and battling with depression can be devastating for teens unless they receive effective treatment,” said Paolo del Vecchio, Director of SAMHSA’s Center for Mental Health Services. “Effective treatment is available, but parents, teachers and all concerned members of the community must work to assure that adolescents in need get help.”

SAMHSA is helping states, tribes, and communities address this issue through a number of grant programs:

The report entitled, State Estimates of Major Depressive Episodes among Adolescents: 2013 and 2014, is available at: http://www.samhsa.gov/data/sites/default/files/report_2385/ShortReport-2385.html. It is based on data from SAMHSA’s 2012 to 2014 National Survey on Drug Use and Health (NSDUH) reports.

For more information about SAMHSA and NSDUH please visit: .