byAmber Ault
in Diversity, LGBTQ, Mental Health
0
ADVERTISEMENT
Share on FacebookShare on TwitterShare on LinkedinShare on PinterestShare via EmailShare on Reddit 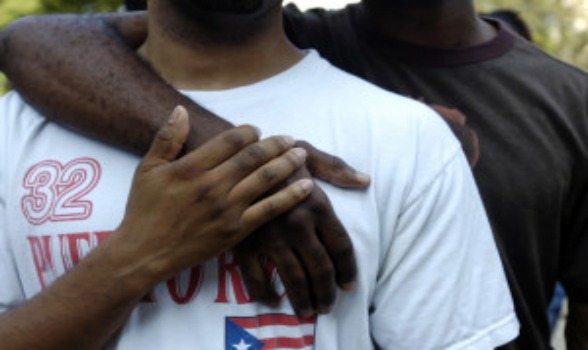 Partners in abusive relationships — with psychopaths, narcissists, and other disordered individuals — often suffer in silence. This is especially true in marginalized communities.

Partners’ silence reinforces their isolation and reduces their capacity to end abuse and exploitation in these relationships.

What stops a partner from seeking help? Among the barriers to reaching out for a reality check — and support for leaving — are these common factors:

Shame. Partners worry that their association with a toxic person reflects poorly on them and that others will judge them if they know about the abuse they are tolerating. If they’ve left and returned, the shame feels greater.  Partners also often want to protect the “good reputation” of their toxic mate or the status the couple enjoys within a family or community.  If friends or family opposed coupling with the toxic person, the partner faces the shame of acknowledging the decision to ignore good advice and feels unworthy of support now.

Fear.  Partners of personality disordered people experience many kinds of fear as they contemplate seeking help. Fears range from the fear of retribution or stonewalling by the partner to the fear of being seen as crazy when they describe what is happening.  They sometimes fear that they cannot trust their own perceptions, or that they aren’t really seeing what they think they are seeing.

Hopelessness.  Partners may trust their perceptions that a relationship is toxic, and believe that others would sympathize with their situation, but still feel trapped by financial, cultural, and familial limitations.  As a result, they continue to suffer in silence, assuming that nowhere they turn will offer practical help in ending an exploitative relationship.

These three limitations affect partners of psychopaths and others with toxic personalities across categories of gender, sexual identity, race, religion, and relationship status.  For members of minority groups, barriers to seeking help are even greater.

Because members of marginalized groups are already stigmatized by society, they often work to “protect the reputation” of their communities, thinking that calling attention to dysfunction or violence within them reinforces negative stereotypes. For this reason, domestic violence and sexual assault are frequently under-reported within communities of color, religious minority groups, and LGBTQ communities.

In addition to the common forms of shame, fear, and helplessness that many victims feel, members of minority communities also experience fear that others will judge them for calling negative attention to the community.

They also fear that the legal system will not protect them as it should.  Because people from majority groups dominate criminal justice, legal, property, and financial systems, turning to people in authority to seek help with a toxic relationship is an extremely courageous and vulnerable act. But it could result in the system being unresponsive or shaming — or actually siding with the perpetrator.

In a worst case scenario, a victim could alienate friends, family, and community members by naming the problem and seeking help, only to find themselves treated poorly by the systems to which they have turned, resulting in more isolation and danger than if they had remained silent.

A famous example of how minority status increases vulnerability to psychopaths occurred in the case of Jeffrey Dahmer, the infamous Milwaukee serial killer of gay men.

Dahmer was white. Many of his victims were poor men of color, men whose “missing” status would be less of a priority for white authorities to resolve. One of them, a 14-year-old Southeast Asian boy, Konerak Sinthasamphone, escaped Dahmer’s apartment, drugged, naked, and bleeding. African American witnesses called the police asking for assistance on his behalf.  White officers responded, only to return the minor to Dahmer, who had assured them that the two were a couple and everything was fine, despite the victim’s obvious distress.  Within moments of the police leaving the boy in Dahmer’s apartment, he was killed — a victim not only of the psychopath, but also of police ignorance, incompetence, and hostility toward minority people.

Aware of situations like these, victims from minority communities often seek help only with great caution, both when they face “stranger danger,” harassment, and hate crimes, and when they are victimized by intimate partners or family members. It is vital for people in the helping professions to be prepared to respond skillfully when people from minority populations take the risk of seeking help.

Police officers, lawyers, doctors, therapists, and clergy need an awareness of the patterns of victimization created by psychopaths and other troublesome people, as well as the special vulnerabilities of people in minority populations to exploitation and abuse.  When victims of toxic partners decide to reach out for help, we have a professional obligation to understand not only psychopathic abuse, but also what it means for a person in a minority community to come forward, to seek help, and, possibly, to exit their relationship.

Minority victims of toxic partners, like all victims, deserve to know that competent help is available when they take the important step to seek help, despite the barriers of shame, fear, and hopelessness.

Exploring the Components of the Conscious Service Approach

Amber Ault, MSW, PhD (amberault.com) offers coaching in the US and Europe to family members, partners, and Exes of Borderline, Narcissistic, Antisocial and other toxic people, helping them move into lives of peace, love, and ease. Dr. Ault is author of "The Five Step Exit: Skills You Need to Leave a Narcissist, Psychopath, or Other Toxic Partner and Recover Your Happiness Now," and "The Wise Lesbian Guide to Getting Free from Crazy-making Relationships" . She offers courses through love fraud.com and amberault.com