National experts, advocates, and leading academics will gather at Washington University in St. Louis as part of a timely policy conference designed to hammer out constructive solutions to pressing social issues facing the country and the next administration.

The conference, “Social Innovation for America’s Renewal,” will outline proposals for the presidential and other campaigns this fall and, notably, the second presidential debate, which the university will host on October 9. 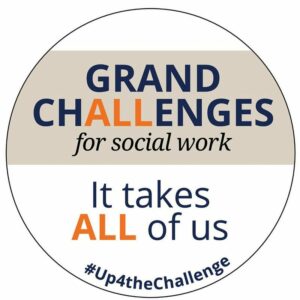 The gathering will focus on evidence-based policy ideas for 12 Grand Challenges—from mass incarceration to economic inequality to family violence—identified by the American Academy of Society Work & Social Welfare.

Together, these challenges represent a bold and strategic agenda for social change. They focus on improving individual and family well-being, strengthening the social fabric, and helping to create a more just society.

The conference, organized by the Center for Social Development, is at the Brown School of Social Work. Prominent conference speakers include:

This week’s Social Innovation for America’s Renewal: Ideas, Evidence, Action policy conference extends the Grand Challenges’ commitment to sharing our best ideas for tackling our country’s toughest problems. Even if you are not at Washington University, you can still see presentations from the conference (via Live Stream) and connect with thought leaders who are working on the 12 Grand Challenges.

Find complete information about the conference and policy briefs here:

Should felons be allowed to vote in this fall’s election? That issue is being weighed in the courts in Virginia, an important battleground state, while nationwide, more than 40,000 laws revoke or restrict legal rights and privileges because of a criminal conviction, including voting and parental rights, housing assistance, student

loans, employment, and professional licensure. We can align public policies and rehabilitative practices to ensure that people with criminal convictions have the greatest possible chance of success. When these exclusions do not directly advance public safety and well-being, they should be revoked or curtailed.

Economic inequality has been called a threat to national security. The Earned Income Tax Credit (EITC) has become the largest income-support policy for low-income households but does not cover all individuals and families in need. Reforms should include extending the program to individuals who do not claim dependent children, including noncustodial parents and low-income workers without children.

African-American children and youth account for 18 percent of the U.S. public school population and there is no evidence that they engage in higher rates of misbehavior, yet they represent 48 percent of school suspensions, outpacing all other ethnic groups. “Zero-tolerance policies” and the resulting suspensions and expulsions lead to negative academic and social outcomes, increasing the probability of falling behind academically. We must develop policies and practice approaches that provide creative alternatives to zero- tolerance policies.

Nearly 1.5 million Americans are homeless each year. The United States spends $50 billion annually on housing assistance for low-income households, but only one-quarter of eligible households receive this support.

Government-funded rental vouchers such as Housing Choice Vouchers (HCVs) have proven to be a vital safety net for low-income Americans, but funding for low-income housing programs has declined by more than two- thirds since the 1970s. Providing HCVs to everyone who qualifies financially would cost $41 billion per year; this cost could be offset by reductions in tax breaks for affluent homeowners.

What Is a Genogram and Why Do I Need to Learn How to Create One?