bySWHELPER
in Mental Health, News, Parenting
0
ADVERTISEMENT
Share on FacebookShare on TwitterShare on LinkedinShare on PinterestShare via EmailShare on Reddit 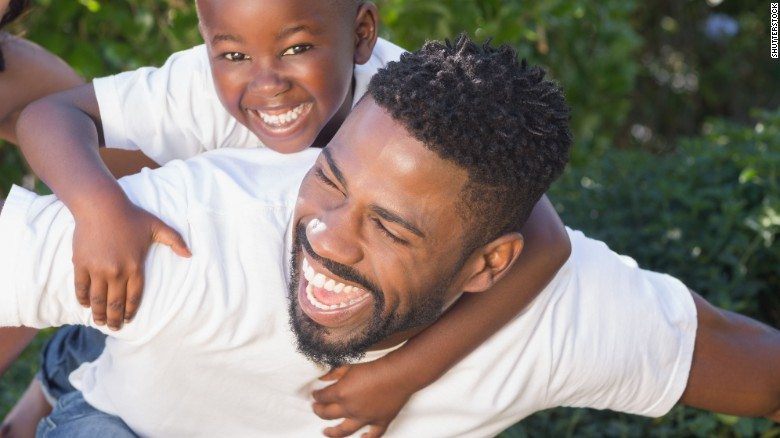 A parenting program where fathers engage with their children through reading was found to boost the fathers’ parenting skills while also improving the preschoolers’ school readiness and behavior, finds a study led by NYU’s Steinhardt School of Culture, Education, and Human Development.

“Unlike earlier research, our study finds that it is possible to engage fathers from low-income communities in parenting interventions, which benefits both the fathers and their children,” said Anil Chacko, associate professor of counseling psychology at NYU Steinhardt and the lead author of the study, published in the Journal of Clinical Child & Adolescent Psychology.

Fathers play a significant role in the social, emotional, and behavioral development of children. However, working with fathers to improve their parenting — and, in turn, outcomes for their children — has been understudied, as most parenting research focuses on mothers. In addition, earlier studies of parenting interventions for fathers have issues with high rates of fathers dropping out of the studies.

This study evaluated the effects of Fathers Supporting Success in Preschoolers, an intervention that focuses on integrating parent training with shared book reading to improve outcomes among fathers and their preschool children.

Shared book reading is an interactive and dynamic activity in which an adult uses prompts and feedback to allow a child to become an active storyteller. It relies heavily on using pictures, and supports parents giving children praise and encouragement. Shared book reading fosters father-child interactions, but also aligns with a priority of early education programs to develop school readiness.

“Rather than a goal of increasing father involvement, which implies a deficit approach, a program that uses shared book reading targets a specific parenting skill set and represents a valued activity for parents and children,” Chacko said.

In the study, 126 low-income fathers and their preschool-aged children were recruited across three Head Start centers in New York City. The families, a majority of whom spoke Spanish, were randomly assigned to either participate in the program or were put on a waitlist (which acted as the control condition).

The short-term intervention included eight weekly sessions lasting 90 minutes each. In these sessions, small groups of fathers watched videos showing fathers reading with children but with exaggerated errors. The fathers then identified and, in small and large groups, discussed better approaches to these interactions. Fathers were then encouraged to practice the strategies they identified at home with their child during shared book reading.

The study evaluated the effects of the program on parenting skills, child behavior and language, and outcomes for fathers, including stress and depression. These factors were measured before and immediately after participation in the program, and included both observations by the researchers, standardized assessments of language, and information reported by the fathers. Attendance data was also collected as a measure of engagement.

The researchers found that parenting behaviors, child behaviors, and language development of the children who participated in the program improved significantly relative to those on the wait-list.

More specifically, fathers reported improved discipline approaches and promotion of their children’s psychological growth. This held true in the researchers’ observations, who after the intervention, saw that fathers made fewer critical statements to their children and used more positive parenting behaviors like praise and affection. The researchers also measured a moderate effect on language outcomes among the children. Overall, the data suggest more than a 30 percent improvement in parenting and school readiness outcomes.

Importantly, the average attendance rate for the weekly sessions was 79 percent, which was substantially higher than past parenting programs for fathers.

“Unlike other parenting programs, fathers in this program were not recruited to work on parenting or reduce child behavior problems, but to learn — with other fathers — skills to support their children’s school readiness, which may remove stigma and support openness among fathers in supporting their children,” Chacko said. “The findings are particularly noteworthy given the study’s population of low-income, Spanish-speaking, immigrant fathers.”

The researchers noted that shared book reading may not be the best approach for all fathers and children, so interventions should be tailored to the preferences of communities and parents in order to increase the likelihood of success.

“Ultimately, we believe that developing a program that is both focused on the parent and child, and one that is not deficit-driven or focused on improving problematic parenting but is focusing on skill development, would be appealing and engaging for fathers,” Chacko said.

In addition to Chacko, study authors include Gregory Fabiano of the University of Buffalo, Greta Doctoroff of Yeshiva University, and Beverly Fortson of the Centers for Disease Control and Prevention.