The Migrant Crisis: Rediscovering the Politics of Hope

byVasilios Ioakimidis
in Global, News, Politics, Social Dialogue
0
ADVERTISEMENT
Share on FacebookShare on TwitterShare on LinkedinShare on PinterestShare via EmailShare on Reddit 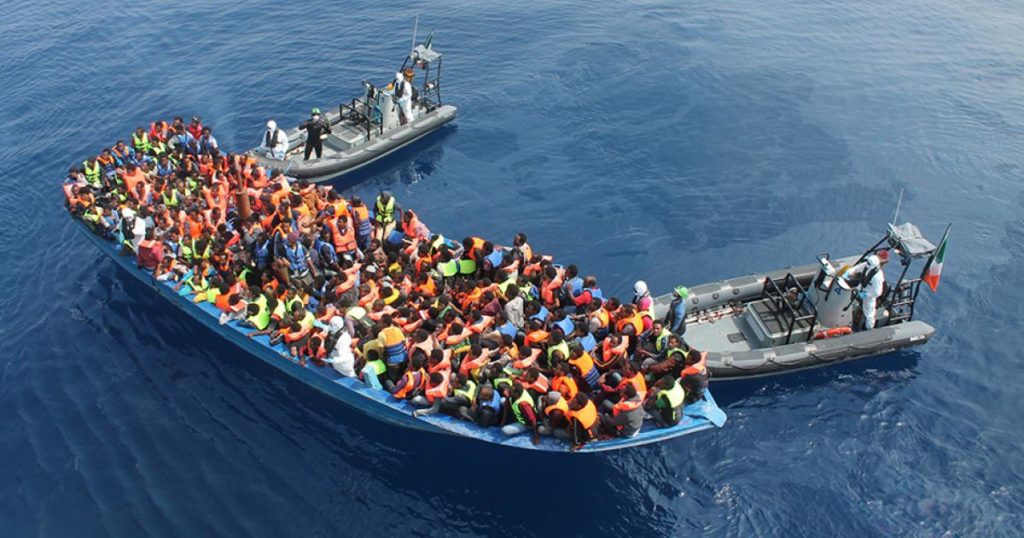 More than a million migrants and refugees crossed into Europe in 2015 alone. This has been the largest movement of people fleeing persecution in modern European history. The political and humanitarian crisis we have been witnessing is fuelled by conflicts in Northern and Eastern Africa, in the Middle East and Central Asia. The constant flow of images of destruction, death and devastation from regions affected by conflict can only serve as a reminder of the horrors of colonial and sectarian politics. European governments have been historically involved, one way or another, in all those conflicts. Unashamedly, they still do. Let’s not forget that what is described at the moment as the removal process of ‘vicious and evil regimes’ in most cases refers to regimes selected, installed and supported by western countries.

The response to the migrant crisis has exposed a fascinating discrepancy between European governments and European societies. In 2015 alone, 3,406 men, women and children instead of finding a safe haven in Europe, died brutally in their effort to reach the continent. This was mainly due to the stubborn and unprincipled decision of European Governments to turn Europe into a Fortress of cruelty and intolerance, refusing to ensure safe passage to asylum seekers. Instead of providing a safe land passage, a number of walls and barriers were erected. Ironically, this happened almost a quarter of century after the fall of the berlin wall, when the people of Europe emphatically pronounced a ‘walls no more’ commitment.

Nevertheless, over the last couple of years we have witnessed a plethora of grassroots responses showing that an alternative Europe already exists. Among others, these were expressed through the spontaneous acts of Greek islanders who despite the economic crisis provided unconditional support to those reaching Greek shores. It was reflected in the way German and Austrian societies warmly welcomed refugees. It was crystalized in the way British and French activists challenged the brutality of their governments that had led to the creation of the Calais ‘jungle’. An alternative Europe of humanity and social justice has been shaped through the small acts of millions of Europeans who refused to accept bigotry, coercion and xenophobia as ‘European values’.

In several cases, social workers supported those movements through their direct work with refugees, awareness raising activities, and solidarity events. SWAN, EASSW and IFSW were instrumental in facilitating and coordinating solidarity activities. Nevertheless, we should not underestimate the power of numerous spontaneous and grassroots activities organized by social workers across Europe, outside the radar of established social work organisations. As the EU seems determined to ‘outsource’ the refugee crisis and divert it to non-European countries, in 2016 social workers will need to achieve a far better level of co-ordination and actively work with social movements.

Of course social work’s involvement in supporting refugees, even under the most extreme of circumstances, is not new. Our profession has a very proud history of supporting refugees and extending genuine solidarity with those fleeing war and persecution. Numerous stories of sacrifice are a testament to this fact. To mention but a few, between 1940 and 1943 Irena Sendler, Polish-Jewish social worker saved nearly 2,500 children from the Warsaw Ghetto through the creation of underground networks.

Also, African American social worker, Thyra Edwards, who strongly believed at the universal nature of the struggle against all oppressions, left the US in 1936 and travelled to Barcelona in order to support displaced children through dedicated work at the Rosa Luxembourg Children Colony. She also helped the evacuation of children from Francoist Spain, often through clandestine networks. Janusz Korczak, educator and orphanage director, demonstrated that the true meaning of pedagogy is supporting and empowering the most oppressed people in society when he refused freedom and stayed with Jewish orphans as they were was sent from the Ghetto to the Treblinka extermination camp. He stayed with the children and he died with them in the Nazi gas chambers.

Today, Social workers find themselves in a unique position in society, as they are usually among the first to witness the catastrophic consequences of marketization and austerity. They work at the sharp edge of society, at the point where government policies on the most vulnerable people in society come into direct effect. Day in, day out they see how poverty and inequality crush people’s lives and aspirations. They know all too well that poverty and unemployment have never been the result of ‘feeble’, lazy or immoral individuals. On the contrary they recognize that millions of people across Europe have been stripped of the opportunities to well being and happiness on the basis of where and by whom were they born.

In these extraordinary times, social work educators and practitioners, once again are expected to be in the frontline of the academic, political and social struggle for the defence of human rights and social justice. The mobilization of international and national social work organisations has been both crucial and necessary.

SKIP: A Holistic Approach to Promoting Education for Disadvantaged Children

Vasilios Ioakimidis is the Programme Leader for the MA International Social Work and Community Development. He has a background in social and community work (qualified and registered social worker). He completed his PhD at the University of Liverpool and has previously worked as a lecturer at Liverpool Hope University and the University of Nicosia, Cyprus. He is also a Visiting Scholar at Zuyd University of Maastricht.

SKIP: A Holistic Approach to Promoting Education for Disadvantaged Children

Tackling Microaggressions in a Post-Trump Era