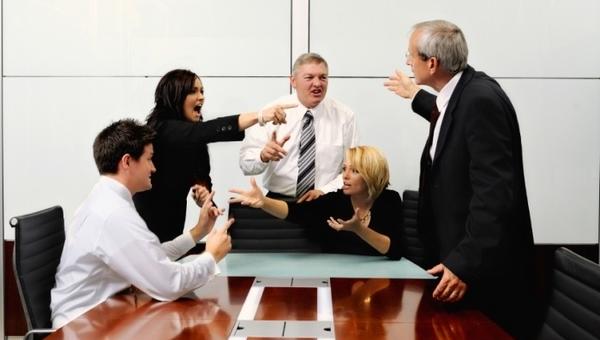 Conflict — it’s easy to avoid. In fact, we often do anything we can to avoid it (well, I do) which often means not doing anything. However, within the last 24 hours, I was involved in a conflict situation with a colleague. I won’t go into the detail because it’s irrelevant.

But, the process the two of us went through — an action, a reaction by me that created conflict and then a conversation to come to a resolution — reminded me that, even though it is acutely uncomfortable when handled constructively, conflict can truly have a positive outcome.

Here are five reasons to embrace, rather than avoid, conflict.

1. YOU GET TO KNOW WHAT YOU DIDN’T KNOW

I discovered that, behind the action to which I had reacted, were circumstances I hadn’t been aware of. It’s possible that, had I not reacted, I may have not become aware of these circumstances as quickly as I did.

Reacting in real-time stopped me building up resentment and negative feelings that, in light of the circumstances, were illusions — unreality, not reality.

3. YOU LEARN (OR REMEMBER) STUFF

Through the conflict process, I learnt (or remembered) that there was another side to the situation that I hadn’t, for many reasons, been aware of. I remembered that, when someone acts differently, to say, “This is unexpected. What’s happened to create a different than usual action?”

4. YOU GET TO COMMUNICATE OPENLY AND BUILD A STRONGER RELATIONSHIP

Because I was open to resolve the conflict with my colleague and, fortunately, so were they, we had a wonderful conversation where we both apologised and accepted each other’s apology, talked about the wider context we were working in and, in my case, acknowledged projections (of past events and people) that triggered my reaction. This led to genuine tears and hugs — how often do you get those wholesome, healing gifts to become closer to someone in a day’s work?

5. YOU LEARN ABOUT DIVERSITY, COMPLEXITY, UNCERTAINTY AND CHANGE

In the course of our courageous conversation, we learnt about our own diversity more specifically the meanings and understandings we held that were common/similar and unique/different, the complexity of the environment in which we are working and our responses to that; the uncertainty in which we are both working (for us this is quite overt, but its presence is a possibility for everyone); and change (again, obvious for us but, as the adage goes, the one and only constant an every manifestation of our lives).

What can we learn from conflict?

It’s so easy to strive to keep the peace, chill out and not confront things. We see this as a way of creating harmony and getting along. But it’s not. Embracing conflict is not about petty in-fighting and unreasoned arguments. It’s about recognising schisms or differences in opinion or belief as early as possible and naming them in objective and non-affronting terms.

Most of all, constructively embracing conflict requires the desire and intent to foster closer relationships, rather than the fear or reluctance to build them.

Life Skills for the Digital Age: Choosing the Right Technology