bySWHELPER
in Immigration, News
0
ADVERTISEMENT
Share on FacebookShare on TwitterShare on LinkedinShare on PinterestShare via EmailShare on Reddit 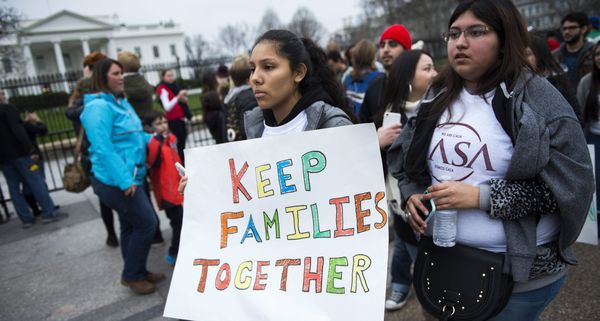 Children who go to Mexico to live with a deported parent can encounter a host of struggles, an Ohio State University researcher says, including social isolation and difficulty in school because they can’t read and write in Spanish. The children, who mostly were born in the United States and may have never been to Mexico, experience a difficult transition and often are held back in their new schools.

Mexican schools, especially in rural areas to which many immigrants return, do not have second-language instruction or individualized support for children with learning difficulties, said Sarah Gallo, assistant professor at Ohio State’s College of Education and Human Ecology. Gallo is a Fulbright Scholar in the state of Puebla doing research on forced repatriation and transnational schooling.

Children of Mexican immigrants in the United States often speak Spanish in the home, but are not literate in their parents’ native language. Because most receive limited bilingual education in the United States, they are unlikely to develop the academic Spanish and literacy they need to succeed in Mexico.

“When they arrive in Mexico, they are in the same class with everybody else, with teachers who have never been trained to work with multilingual students or with students who bring in different resources,” she said. “Kids and families and teachers really have to come up with their own strategies on how to make this work.”

Kids adjust differently depending on their age, social supports and teachers, Gallo said. A first-grader in the study transitioned well because his peers also were learning to read Spanish. His third-grade brother encountered huge challenges because he was expected to read and write in Spanish his first day of school.

As part of her yearlong grants through Fulbright and the National Academy of Education/Spencer Foundation, Gallo works in five schools with students who have come to Mexico since 2014. In the largest school, 7.5 percent, or about 30 students, were U.S.-born. In some cases, students’ parents were deported and their children followed them to Mexico. In others, a family member was sick or dying back home and the undocumented relative was forced to make an agonizing decision.

“Do you go back to see your mom at the end of her life? Going back to see them means permanently going back in most cases because re-crossing the border is so difficult,” especially now, Gallo said.

As an ethnographer and anthropologist of education, she spends a lot of time with students in schools and in their homes. She has observed an emotional toll on some children.

In small Mexican towns, a high value is placed on conformity, Gallo said. Even the curriculum in public schools dictates that every student learns the same lesson from the same books, often on the same day.

“There’s not a lot of space to be different,” Gallo said.

That makes it tough for kids like the teenager from New York City who relocated to a 100-student school at the foot of a volcano in Puebla.

“She has been there for two and a half years and the social isolation she has faced and the academic struggles are tremendous,” she said.

Previous studies indicate that children who emigrate from the United States are three to four times more likely to fail a grade.

Gallo’s research in Mexico mirrors her work in Marshall, Pennsylvania, where she did dissertation studies about elementary school children whose parents were undocumented immigrants. She published a book about her findings, Mi Padre: Mexican Immigrant Fathers and Their Children’s Education, in April.

In the United States, Gallo found that the threat of deportation weighs heavily on the minds of children of undocumented immigrants. She writes about Princess, a small girl who sang rhymes about a policeman coming to deport her. Months later, Princess’ father was arrested for dropping a soda bottle in front of his apartment.

That offense led to his deportation to Mexico. The year was 2010.

Laws and the means to deport undocumented immigrants — even for minor infractions such as driving without a license — were in place during the Obama administration, which conducted the highest number of deportation removals in the history of the U.S., more than 3 million removed by immigration courts over eight years.

“It was not in the media. Most Western, white, middle-class people knew very little about this,” Gallo said. “But it was a daily reality for kids.”

Princess, a second-grader, became withdrawn, distracted and easily upset in school, Gallo writes. The girl and her mother remain in the United States, separated from Princess’ father. Because returning to the United States carries the threat of jail time, many deportees don’t take the risk.

A culture of silence surrounds deportations because families fear if they speak up they will be further targeted, Gallo’s research shows. Teachers usually don’t broach the subject because they worry they might have to report it. Princess’ teacher did not know about her father’s deportation and didn’t understand the girl’s behavior change, Gallo writes.

“I need to say, silence isn’t the answer,” she said. “Telling kids you can’t talk about it, you just have to hold it all inside, isn’t going to help them.”

Gallo advocates for schools opening dialogue with immigrant families and students, both in Mexico and the United States. In both settings, she said, children should not be viewed through a “deficit lens.”

“Look at all these tremendous resources and knowledge that they bring to their schooling that are not incorporated or recognized or leveraged in the curriculum,” she said. “What would happen if we started a literacy curriculum that looks at the way they serve as translators or what it means to be a bilingual kid?”

Meanwhile, school administrators and teachers in Mexico are bracing for an influx of new students from the United States. January through mid-March, immigration arrests increased more than 32.6 percent from the same period last year, according to Immigration and Customs Enforcement figures supplied to the Washington Post. Many arrested on immigration charges await court appearances.

Those who remain in the United States also fear their children face an uncertain future in schools and in the community, Gallo said.

“Many families right now are asking, is it really worth dealing with this much discrimination on a daily basis for me and my kids?”

8 Cover Letter Writing Mistakes That Might Be Ruining Your Career