How Technology Is Improving Brain Health 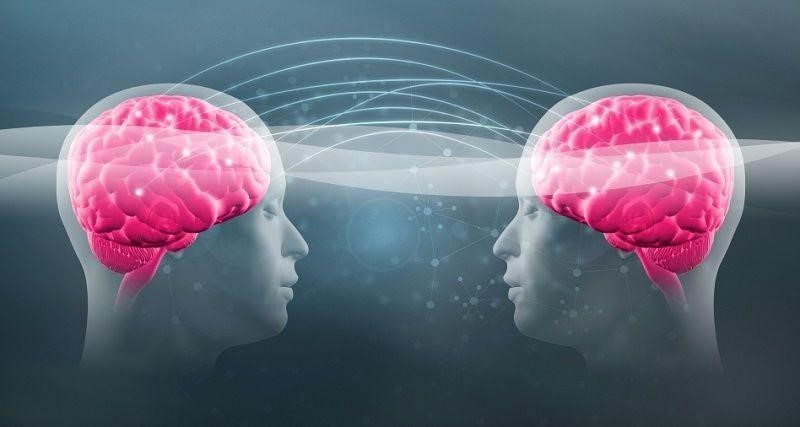 In the modern age, excessive use of technology is seen to have a negative impact on an individual’s mental health. Critics ask the question: ‘If computers, and other media, do mental work for people, when are people thinking?’ 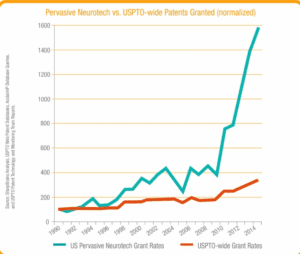 During the past decade, in the therapeutic void created by over 20 failed Alzheimer’s disease drugs, a new technological marketplace for ‘brain fitness’ products has emerged. From mobile apps to video games, these products aim to enhance memory, visual and spatial skills, verbal recall, concentration and executive functioning of users.

Back in October 2015, Chicago gathered over 30,000 scientists and professionals for the annual Neuroscience conference proving that there’s a growing interest in the field. With the recent boost in tech-commercialization, scientists have studied the widespread landscape of Pervasive Neurotechnology patents, helping us answer the aforementioned question. 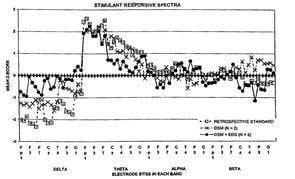 Today, brain health systems are leveraging a larger population-measurement than ever before. An analysis by CNSResp helps understand precisely how individual reading pattern changes overtime, allowing better understanding of diagnoses based on the effectiveness of treatments.

Companies like Advanced Brain Monitoring and CNS Response are already deploying systems that utilize the power of big data, as shown by neurometrics-driven report systems in the image above. 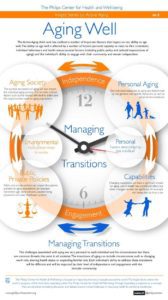 As we advance further into the 21st century, it is fast becoming clear that we need new ways to think about healthcare, especially aging. Perhaps, we need to ask the question, ‘How can we help you live a better life?’

By addressing the everyday health concerns of our aging population, the strategic ‘brain’ movements rely on advances in technology to detect, treat and prevent multifarious health problems prevalent amongst older adults.

Their real value, at a population level, lies in helping compress morbidity and in keeping with the goal of healthy people to increase the quality and years of healthy life.

A pan-Canadian network of researchers, non-profits, government, older adults and caregivers, AGE-WELL, is harnessing the power of modern technology to provide useful solutions for healthy aging.

At present day, AGE WELL research teams are developing humanoid robots that can assist older Canadian citizens with dementia by reminding people of tasks and routines at their homes, playing brain strengthening games with them, and even acting as remote avatars for healthcare professionals.

Another team is testing the vibration-damping technology of a smart glove that stabilizes buildings against earthquakes, and uses it to reduce hand tremors caused by Parkinson’s disease and other movement disorders. A new tablet software that detects and analyses speech of individuals with Alzheimer’s. The list goes on.

The prevention and cure to mental illness

The past few decades have seen incredible progress in medical science; cures have been found for several incurable diseases and remarkable advances have been made in repairing and even replacing parts of the human body. In fact, the first human head transplant is due to take place in December 2017.

The advances in mental health medicine may seem moderate in comparison, but new ways of thinking and technologies are set to revolutionise both the diagnosis and treatment of mental illness and could have life-changing ramifications for patients.

Traditional approaches towards helping people with mental illness include cognitive behavioural therapy (CBT), medication, counselling, exercise and a healthy diet. New technology can be used in conjunction with the aforementioned customary methods.

To treat post-traumatic stress disorder (PTSD), Rizzo et al. have used virtual reality (VR) (simulated real environments through digital media). By offering a sense of realism in a safe environment, the VR system gradually exposes an individual to a virtual state of being, allowing them to face his or her fears. Once the patient understands the triggers, the problem ceases to exist.

This form of treatment has also been applied to other mental health problems, where anxiety is triggered by a certain situation such as the phobia of flying or closed spaces (claustrophobia).

Mobile phones have also been used to help people with mental health problems by providing timely information. A computer application produced by David Haniff aimed to present media to patients with depression in an effort to uplift their mood, and designed a game to examine the triggers of the condition; for instance, the pictures or voice of the patient’s family. Another way to lift the mood of patients is subliminal, soothing music on a mpg file to get rid of surrounding noises.

A website was released by MyPsychTES in May 2013 to connect counsellors and therapists with smartphone-users to track their emotions and lifestyle. This website effectively streamlined therapist-client communication.

The system provides real time alerts, data and automated correspondence. Technology can also be used to combat intrusive thoughts; providing positive approaches to cognition such as text on mobile phone with optimistic affirmations.

Memory and technology share a complex relationship, mainly because of the argument that excessive use of tech-devices like smartphones and tablets is actually resulting in brain disengagement; causing our memory functions to suffer.

For example, the smartphone-GPS programme has made it less important for us to know our way around the city, while Google answers every question before you can work up your brain to try and remember it naturally. 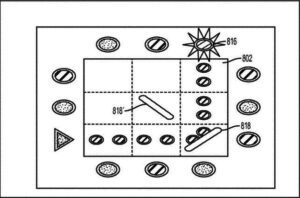 Software applications accessible via mobile devices and online include gaming systems that target emotional and cognitive makeup of the brain. Companies like Lumos Labs and Posit Science have secured neuro-tech patent protection on products in this area.

Getting inside the head

A certain type of technology has been developed to enhance memory, although it is primarily designed for individuals who suffered head trauma or injury and are facing memory-related challenges.

The research, which was funded by the US military, calls for implanting electrodes in the brain as a form of ‘neuroprosthetic’, allowing artificial parroting of the complex electric patterns in the brain.

These electrodes can bridge the gaps in memory, especially for individuals with brain damage or memory loss, and help recapture lost memories.

Since, there is still limited treatment for many brain-related conditions, this could be a hugely important treatment option for millions of people.

Fulfilling the promise of these rising tech-advancements depends heavily on on-going research and funding. Continued projects such as the Brain Initiative, Allen Institute Brain Atlas and Cell Types and the Blue Brain, are all paving the way for discovering new technologies and a deeper understanding of how the human brain functions.

Evie Harrison is a blogger by choice, and she likes to share her discoveries, experiences and express herself through her blogs.

On Emotional Intelligence: What Trump's Reaction to Flynn Tells Us