bySWHELPER
in Education, Mental Health, News
0
ADVERTISEMENT
Share on FacebookShare on TwitterShare on LinkedinShare on PinterestShare via EmailShare on Reddit 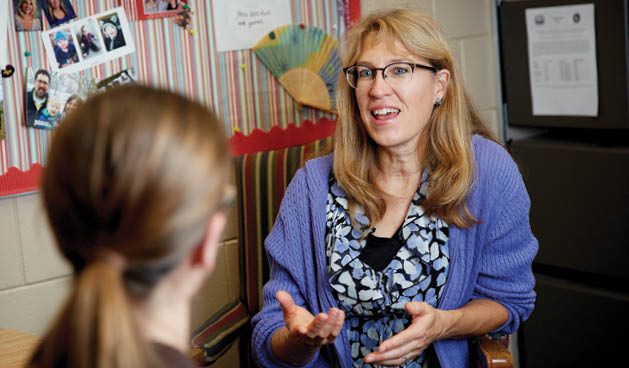 School-based mental health programs can reach large numbers of children, with increasing evidence of effectiveness in improving mental health and related outcomes, according to a research review in the September/October issue of the Harvard Review of Psychiatry. The journal is published by Wolters Kluwer.

“This review provides evidence that large-scale, school-based programs can be implemented in a variety of diverse cultures and educational models as well as preliminary evidence that such programs have significant, measurable positive effects on students’ emotional, behavioral, and academic outcomes,” write J. Michael Murphy, EdD, of Massachusetts General Hospital and colleagues.

An estimated 13 percent of children and adolescents worldwide have significant mental health problems such as anxiety, disruptive behavior disorders, attention-deficit/hyperactivity disorder, and depression. Especially if left untreated, these disorders often persist into adulthood, with lasting effects on many aspects of life.

Over the years, many programs have been designed to deliver preventive mental health services in schools, where children and teens spend so much of their time. Substantial research now shows that school-based mental health interventions can be widely implemented and can lead to population-wide improvements in mental health, physical health, educational, and social outcomes.

Dr. Murphy and colleagues identified and analyzed school-based mental health programs that have been implemented on a large scale and have collected data on specific mental health outcomes. The authors estimate that the eight largest programs have reached at least 27 million children over the last decade.

The interventions vary in their focus, methods, and goals. The largest program, called “Positive Behavior Interventions and Supports” (PBIS), focuses on positive social culture and behavioral support for all students. The second-largest program, called “FRIENDS,” aims to reduce anxiety and to teach skills for managing emotions and coping with stress—not only to children, but also to parents and teachers.

Available research provides “moderate to strong” evidence that these interventions are effective in promoting good mental health and related outcomes. For example, studies of FRIENDS have reported reductions in anxiety, while PBIS has shown improved reading scores and fewer school suspensions. Other programs have shown benefits such as reducing bullying at school; one intervention has even been linked to lower rates of substance abuse in young adulthood.

The authors point out that school-based mental health interventions have been studied almost exclusively in high-income countries—despite the fact that about 80 percent of the global population of children live in low- and middle-income countries (LMICs). But there’s evidence that this may be changing, since three of the eight largest programs have been implemented “to scale” in LMICs. One of these, called “Skills for Life,” has been running on a national basis in Chile for more than a decade.

“Data sets of increasing quality and size are opening up new opportunities to assess the degree to which preventive interventions for child mental health, delivered at scale, can play a role in improving health and other life outcomes,” Dr. Murphy and colleagues conclude. With ongoing data collection and new evaluation frameworks, they believe that school-based mental health programs have the potential to “improve population-wide health outcomes of the next generation.”

Transgender TV Characters Have the Power to Shape Audience Attitudes