What are the Implications Behind Racial Colorblindness?

bySWHELPER
in Diversity, News, Politics
0
ADVERTISEMENT
Share on FacebookShare on TwitterShare on LinkedinShare on PinterestShare via EmailShare on Reddit 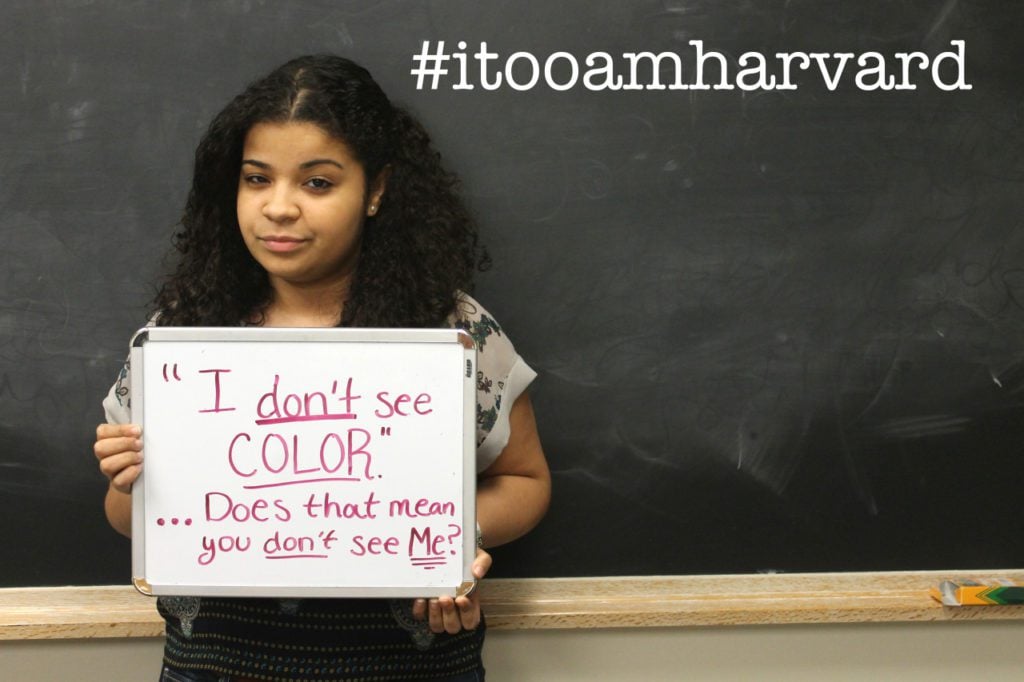 People who claim they “don’t see race” when they evaluate others may think they all have similar beliefs about racial justice – but they’re very wrong, according to a new book.

In fact, the belief in “racial colorblindness” unites people who range from liberal to conservative and hardened racists to egalitarians, according to Philip Mazzocco, author of The Psychology of Racial Colorblindness: A Critical Review.

“There’s never been a racial ideology like colorblindness that unites such very different types of people,” said Mazzocco, who is an associate professor of psychology at The Ohio State University at Mansfield.

“Their beliefs are often wildly different. The only thing they all have in common is a general distaste for racial categories.”

In his book, Mazzocco outlines a new model of what it means to be racially colorblind in today’s society. He disentangles the different meanings and comes up with four categories of colorblindness: protectionist, egalitarian, antagonistic and visionary.

Mazzocco doesn’t believe that any type of racial colorblindness is good for society, although some of the four types are clearly more offensive than others. His model focuses on whites, but could be used for all races.

The fact that these different varieties have been lumped together helps explain why research findings on the issue have been so contradictory, according to Mazzocco.

“Some studies have found colorblindness is associated with higher levels of prejudice, while others have found lower levels,” he said.

“It has been really hard to figure out. That’s because these different studies were not looking at the same construct. The point is there are four types of colorblindness and not one.”

His new model bases the four types on two variables: levels of prejudice and awareness of racial inequality. Here are the types, and where they fall on those two variables:

Mazzocco conducted a small internet survey of 153 Americans through Amazon’s Mechanical Turk service to determine how many people may fall into each category. He cautioned that this was a preliminary survey and not necessarily nationally representative. But he said it can give a snapshot of where Americans stand.

As expected, most participants claimed to be racially colorblind – only about 27 percent said they weren’t. The egalitarian group was the largest at 29 percent, followed by protectionist at 20 percent, visionary at 18 percent and antagonistic at 7 percent.

The fact that nearly three-quarters of Americans claim to be colorblind is a problem, Mazzocco said, because claiming you don’t see race is “a conversation ender.”

“One of the implications of racial colorblindness is that we’re not going to have a discussion about the topic. You can have two people who say they’re colorblind, one of the visionary variety and one of the antagonistic variety, with wildly different sets of belief,” he said.

“But they may think they have similar viewpoints and therefore believe that many people share their opinions. If they had a true conversation, they may find out their views aren’t so common and they might need to consider other opinions.”

Mazzocco said colorblindness of any variety is harmful because it does not recognize the myriad problems minorities face in our society.

“There are real struggles and real costs. If you pretend like race doesn’t exist, you put people who are struggling at a real disadvantage.”

Some white people have bristled at multiculturalism because they believe it means they and their culture aren’t valued, Mazzocco said. But multiculturalism can be all-inclusive in a way that says all people, including whites, are valued.

“When this inclusive form of multiculturalism has been studied, whites have reported a much more positive experience.”

Mazzocco said he hopes his book will inspire more research, now that there is a clearer idea of the different meanings of colorblindness.

“We are at a crossroads regarding our willingness to discuss race explicitly. Social scientists can make a real contribution by helping us to understand what our views are and how to talk about them.”

How the #CloseRikers Campaign is Achieving the Impossible