Britain: We Need to Talk About the Benefits System

byChey Heap
in Global, News, Politics
0
ADVERTISEMENT
Share on FacebookShare on TwitterShare on LinkedinShare on PinterestShare via EmailShare on Reddit 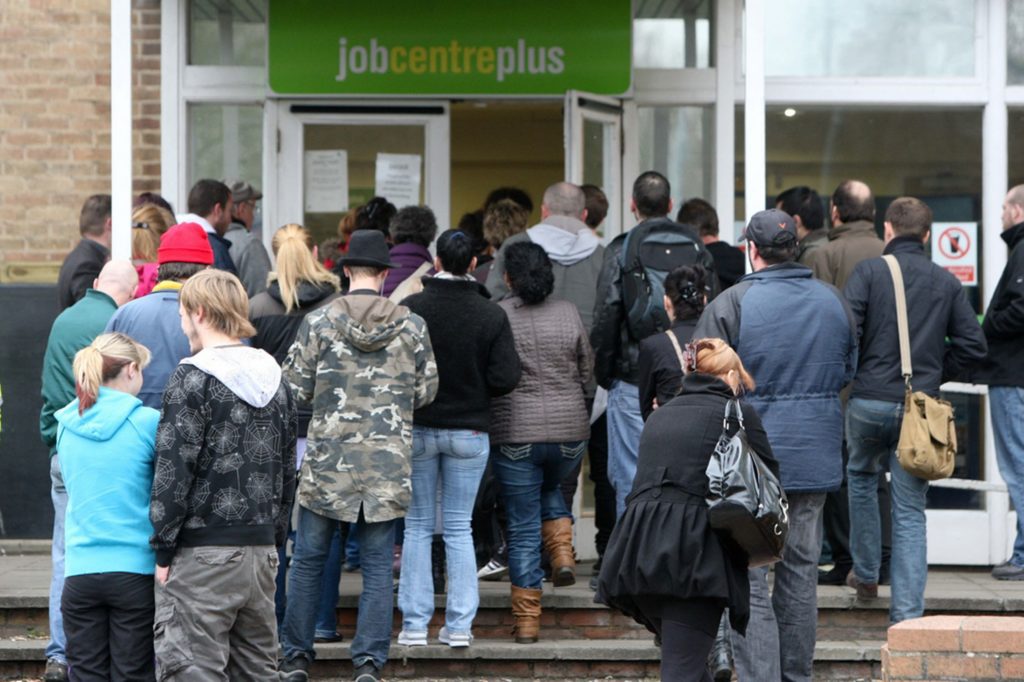 Whether we want to admit it or not, the benefits system is hurting people. It’s killing people, and something has to be done.

Examples of how the benefits system can kill include incidences of people starving to death in their own homes to the 600 benefits-related suicides that have been reported so far (and this is a conservative estimate). The suicides and other deaths related to benefits have been reported again and again.  Reportedly, over 200,000 have been physically attacked as a result of claiming benefits, and, although it is not easy to unpick the reasons for this, approaching two and a half thousand people have died after being deemed ‘fit to work’.

A 2016 conference, Psychologists and the Benefits System: Time to Get Off the Fence was dedicated to just this topic. The British Psychological Society is also one of five official therapy/mental health organisations which have signed a statement opposing welfare sanctions due to the lack of evidence that they work, and the potential for harm.

After all, mental health has always been a social and political endeavor. If mental health professionals stay silent about our deadly benefits system, so deadly that the UK has been investigated by the United Nations for grave and systematic violations of human rights, are they not siding with the status quo?

A report from Cradle2Grave, a campaign against the abuse of human rights of people who rely on the state for financial help, highlight the shocking number of suicides which have been linked to welfare cuts.

In more than one case, it was the coroner themselves who suggested that the main cause of death was worry about benefits. A 2015 report from mental health charity MIND found that, as a result of the benefits system, job centre, and “help to work schemes”, around eight out of ten people:

And nearly a quarter of people were hospitalised or sectioned (i.e. legally detained) for mental health crises whilst on such schemes.

If this is the case, why is the rhetoric (and indeed, “commonsense”) view of people on benefits so at odds with reality?

One theory suggests that ordinary, compassionate people are able to stigmatise others because they feel that stigmatisation is justified (Crandall, 2003). British media has long been complicit in creating a culture whereby it is easy to stigmatise people on benefits, which creates fertile soil for this kind of thinking.

Stigmatising other people can be justified in two main ways. The first way is through the acceptance of a natural social hierarchy. The idea of a natural hierarchy is based on evolutionary theories, and is known as Social Darwinism – some people are intrinsically ‘workshy’, maybe worklessness runs in families (spoiler: it doesn’t), and so on. This image of the ‘benefits brood’ is designed to create a culture where an anti-welfare stance is the commonsense, rational way of seeing the world.

Secondly, stigma can be justified by suggesting someone is to blame for their own circumstances. This can include believing that the world is fundamentally just (i.e. people get what they deserve), and victim-blaming (poor people are lazy, make bad decisions and can’t plan properly, have too many children, spend frivolously, and are a burden on society). All of these stereotypes play out in empirical research into the matter.

Societal stigma can also lead to people who are on benefits repeating the same debunked myths about benefits, in order to distance themselves from the stereotype (i.e. “I’m a real/good/proper claimant”). This means that from all angles, this dangerous welfare narrative is being played out.

Better information and awareness may be one way to dispel these harmful stereotypes (necessary, perhaps, but unlikely to be sufficient). For example, people usually that ‘benefits’ means out-of-work, disability or child benefits. Newspaper stories reinforce this image. So do TV programmes such as On Benefits, Benefits Street, Benefits: The Millionaire Shoplifter, Skint, Dogs on the Dole, Benefits Britain: Life on the Dole, Undercover Benefits Cheat, Myleene Klass: Single Mums on Benefits and Benefits: Too Fat to Work  (yes, they are all real programmes). As such, government welfare figures can be easily misconstrued and used to political advantage.

Contrary to the popular image, benefits as an umbrella term include fuel payments, cold weather payments, carer’s allowances, bereavement benefits, over-75 TV licenses, Income Support and more. Notably, the bulk of Income Support being towards lone parents and carers, and less than 10% of Income Support is made up of incapacity benefits. Benefits are mostly spent on pensions (approaching half of the welfare budget, at 42%), whereas unemployment benefits account for 1% of welfare expenditure.

There is an entrenched public understanding that the benefits system is riddled with fraud. The public believes that 24% of benefits claiming is done so fraudulently. Interestingly, ‘benefit fraud’ is only used as a term for people claiming benefits. When companies assessing fitness to work make fraudulent claims that someone is fit to work in one in five assessments, or three out of four assessments for people with mental health problems (these are researched facts), we do not call this ‘benefit fraud’.

So, given ‘fraud’ as a term applied solely to the individual claimant, data suggests that there is no widespread issue with fraud in the benefits system. According to the government’s own statistics, benefit fraud by claimants is 0.7% of total benefits expenditure (£1.2bn). The public belief that around a quarter of benefits claims are fraudulent is, therefore, a 3329% overestimation. Benefits-related administrative errors, to give some perspective, take up double the amount of money spent on claimant fraud. The figures for tax evasion and avoidance can also be used for comparison here: the cost of the ‘tax gap’ in the UK reaches £122bn per year (over 10,000% the cost of fraudulent benefits claims).

Another myth is that benefits are ‘too generous’. In 2013, a study from the University of Edinburgh found that there is no link between the wellbeing of people without paid employment and the amount of money they get in benefits. Additionally, it is not the first study to reach this finding (see Veenhoven, 2000). In fact, cultural factors such as perceptions of people on benefits (i.e. stigma) have a much bigger impact.

Rather than being ‘too generous’, for years now multiple organisations have been stating that benefits cuts are causing material harm, especially to the most vulnerable of society. This includes housing charity Shelter, disability charity SCOPE, domestic violence charity Women’s Aid, child abuse charity NSPCC, a whole host of mental health organisations, and anti-austerity organisations such as UK Uncut, Sisters Uncut, Disabled People Against Cuts, Black Triangle, and Psychologists Against Austerity (now Psychologists for Social Change) to name but a few.

These ideas – the poor are deserving, benefits claimants are fraudulent and the whole system is a drain on society, the benefits system is too kind and generous, most of our welfare system is spent on people too lazy to work, have to to be quashed. People’s health and mental health is suffering. People’s lives are being destroyed. People are dying. People are killing themselves.

Is this the kind of world we can live in, with good conscience?

We do not have to accept things the way that they are. We can join or support the organisations mentioned above. We can join in talks, discussions, marches, and events (or publicise these events when we can’t go to them ourselves).

We can write to our MP’s, sign petitions, talk to our friends and family, support films such as the recent I, Daniel Blake, avoid reality TV demonising people on benefits, call out the false narratives when we hear them. We can be aware of the facts (and ideally, share the facts!) to reduce stigma. We can offer a helping hand, we can be aware of the impact of losing benefits and try to offer a listening ear to someone who feels like a drain on society. We can look after each other.

Perhaps is it is not just psychologists who need to ‘get off the fence’. We all do, for humanity’s sake.