bySWHELPER
in Culture, News
0
ADVERTISEMENT
Share on FacebookShare on TwitterShare on LinkedinShare on PinterestShare via EmailShare on Reddit 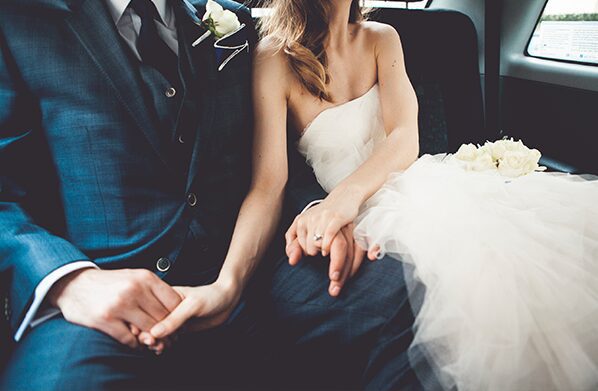 As the number of highly educated women has increased in recent decades, the chances of “marrying up” have increased significantly for men and decreased for women, according to a new study led by a University of Kansas sociologist.

“The pattern of marriage and its economic consequences have changed over time,” said lead author ChangHwan Kim, associate professor of sociology. “Now women are more likely to get married to a less-educated man. What is the consequence of this?”

Kim’s co-authored the study with Arthur Sakamoto of Texas A&M University, and the journal Demography recently published their findings. They examined gender-specific changes in the total financial return to education among people of prime working ages, 35 to 44 years old, using U.S. Census data from 1990 and 2000 and the 2009-2011 American Community Survey.

The researchers investigated the return to education not only in labor markets but also in the marriage market.

“Previously, women received more total financial return to education than men, because their return in the marriage market was high. However, this female advantage has deteriorated over time despite women’s substantial progress in education and labor-market performance,” Kim said.

The researchers found the overall net advantage of being female in terms of family-standard-of-living decreased approximately 13 percent between 1990 and 2009-2011. Women’s personal earnings have grown faster than men’s earnings during this time as women have increased their education and experienced a greater return on education.

However, the number of highly educated women exceeds the number of highly educated men in the marriage market, the researchers found. Women are more likely to be married to a less-educated man. Because of the combined facts that husbands are less educated than their wives than before, and the return on earnings for men has stagnated, a husband’s contribution to family income has decreased. On the other hand, wives’ contribution to family income has substantially increased.

This has led to a faster improvement of the family standard of living for men than for equally educated women themselves, Kim said, and helped converge the gap in equivalised income between wives and husbands.

“This could explain why it seems men don’t complain a lot about this,” Kim said. “Our answer is that’s true because look at the actual quality of life, which is determined more likely by family income rather than by personal earnings. It seems fine for men because their wife is now bringing more income to the household. One implication of these findings is that the importance of marriage market has increased for men’s total economic well-being.”

These developments could also result in gender convergence in the family standard of living associated with this shift in the norm of marriage, away from previous eras.

“Marriage is now becoming more egalitarian and becoming equal,” Kim said. “If you look at gender dynamics or from a marriage-equality standpoint, that is a really good sign.”

However, the study’s results also have implications for examining potential effects of marriage and economic inequality.

“For less-educated women, the contribution of their husbands has been substantially reduced so that their standard of living has diminished, even though their personal earnings have grown,” the researchers said.

This could aggravate a wealth gap among less-educated or low-income families, the researchers said. Kim said potential future research could monitor how family demography still shapes and directly underlies inequality, even as family relations continue to evolve.

“When we consider family dynamics,” Kim said, “men are getting the benefit from women’s progress.”