bySWHELPER
in Diversity, News
0
ADVERTISEMENT
Share on FacebookShare on TwitterShare on LinkedinShare on PinterestShare via EmailShare on Reddit 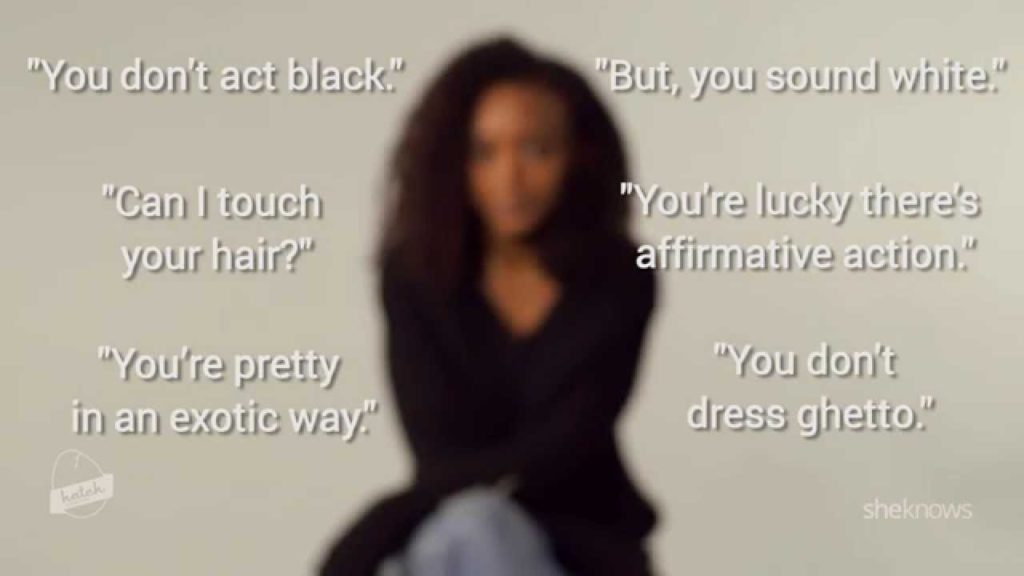 Blatant racism is easy to identify — a shouted racial slur, a white supremacist rally, or the open discrimination, segregation and violence of the pre-civil rights era.

But more subtle forms of bias, called microaggressions, emerge in the everyday exchanges among friends and strangers alike and can offend racial and ethnic minorities.

Such statements, uttered intentionally or inadvertently, draw upon stereotypes and are linked with racism and prejudice, according to a University of Washington-led study. The research is believed to be the first of its kind to explore microaggressions from the perspective of those who commit them, and suggests that whites who are more likely to deliver microaggressions are also more likely to harbor some degree of negative feeling toward blacks, whether they know it or not.

“Our study results offer validation to people of color when they experience microaggressions. Their reactions can’t simply be dismissed as crazy, unreasonable or too sensitive,” Kanter said. “According to our data, the reaction of a person of color — being confused, upset or offended in some way — makes sense, because they have experienced what our data show: that people who are more likely to make these comments also are more racist in other ways.”

The study appears online in the journal Race and Social Problems.

For this study, the team, with the help of focus groups of students of color from three universities, devised the Cultural Cognitions and Actions Survey (CCAS) and administered it to a small group of students — 33 black, 118 white — at a large public university in the Midwest. The 56-item questionnaire asks the white respondent to imagine him- or herself in five different everyday scenarios involving interactions with black people, such as talking about current events, attending a diversity workshop, or listening to music. The respondent then considers how likely he or she is to think or say specific statements. For black respondents, the wording of the scenarios and questions was revised slightly to assess whether they would experience racism. Each of the statements included in the survey was deemed at least somewhat, if not significantly, offensive by black students.

In the “current events” scenario — the one that yielded the highest percentage of “likely” responses from whites — respondents were to imagine talking about topics in the news, such as police brutality and unemployment. More than half of white respondents said they would think or say, “All lives matter, not just black lives,” while 30 percent said they might say, “I don’t think of black people as black,” and 26 percent said they were likely to think or say, “The police have a tough job. It is not their fault if they occasionally make a mistake.” More than half of black respondents identified each of those statements as racist.

Responses on the CCAS were then related to several validated measures of racism and prejudice, to determine if one’s likelihood of making microaggressive statements was related to these other measures. An additional scale controlled for social desirability — the idea that respondents might answer in ways that put themselves in the best possible light.

Results indicated that white students who said they were more likely to make microaggressive statements were also significantly more likely to score higher on all the other measures of racism and prejudice, and results were not affected by social desirability.

The correlations between statements and attitudes are averages from the study sample, Kanter said, and so the results do not address the intentions or feelings of any one person.

“It doesn’t mean that on a case-by-case basis, if you or I engaged in microaggressions, that we have cold or racist feelings toward blacks,” he said. “But the study says that regardless of the intention behind a microaggression or the feelings of the specific person who uttered it, it’s reasonable for a black person to be offended. On average, if you engage in a microaggression, it’s more likely that you have cooler feelings toward black people, and that whether you intended it or not, you’ve participated in an experience of racism for a black person.”

In many ways, overt racism has declined gradually since the civil rights movement, Kanter said, and white people often assume that because they do not utter racial slurs, or perhaps are well-versed in and value social justice, that they do not have to worry about engaging in racist behavior themselves.

“It can come as a bit of a shock to a lot of white people that their behavior and attitudes are under scrutiny,” said Kanter, who pointed out that as a white male, he has had to confront realizations about his own behavior over time. “The nature of how we’re looking at racism is changing. We’re now able to look at and root out more subtle forms of bias that weren’t focused on before because explicit racism was taking a lot of the attention.”

Taken in isolation, the size and location of the study sample limit the generalizations that can be made, Kanter said. But the idea behind the CCAS is to use it elsewhere and adapt it to focus on other racial and ethnic minorities so as to better understand racism and develop educational tools to combat it. The survey has since been used at the University of Washington, he added, where early results are very similar to those reported in the published article.

Kanter said he’s heard from critics who say the study has a liberal bias, or that the research should examine offenses against white people. But he says the point is to address racism targeted at oppressed and stigmatized groups.

“We’re interested in developing interventions to help people interact with each other better, to develop trusting, nonoffensive, interracial relationships among people. If we want to decrease racism, then we need to try to decrease microaggressions,” he said.

Group Work: How to Make it Work

Group Work: How to Make it Work