bySWHELPER
in Global, Mental Health, Technology
0
ADVERTISEMENT
Share on FacebookShare on TwitterShare on LinkedinShare on PinterestShare via EmailShare on Reddit 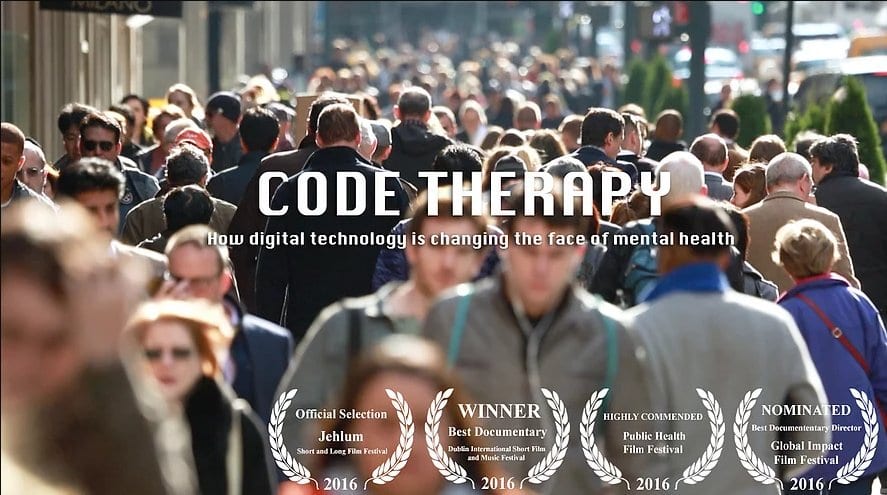 Code Therapy is a short documentary about how technology is changing the way mental health services are delivered.

Mental illness, such as depression, is one of the leading causes of disability worldwide. 1 in 4 adults in the United States experiences some type of mental illness every year, yet over 100 million people across the nation lack access to sufficient mental health services. In countries with less developed healthcare systems, the situation is even more troubling.

Code Therapy is a documentary short about the application of digital technology in the field of mental health. Behavioral intervention technologies, such as online programs and apps that teach evidence-based therapy skills have the potential to make mental health support more accessible and affordable. Websites and social media platforms provide another way to disseminate mental health information, particular to an increasingly connected generation of millennials around the globe.

Speaking on the barriers to receiving treatment and the benefits and limitations of emerging technologies in this space are entrepreneurs, researchers and mental health providers including:

The film is narrated by Carl O’Reilly, a London-based architect, mental health advocate and author of the new book Defeating Depression, available on Amazon.

Code Therapy was filmed in the US and UK in 2016 and has since screened at festivals in England, Ireland, India and the United States.  We were honored to be awarded Best Documentary at the 2016 Dublin International Short Film and Music Festival and has received commendation and nominations at other festivals around the globe.