bySWHELPER
in Disability, News
0
ADVERTISEMENT
Share on FacebookShare on TwitterShare on LinkedinShare on PinterestShare via EmailShare on Reddit 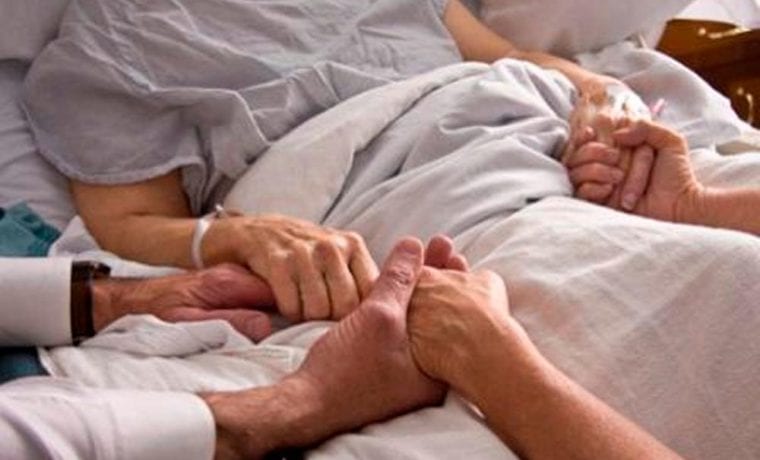 Most states in the U.S. have programs that allow terminally ill patients to document their end-of-life decisions.  In New York, the Medical Orders for Life-Sustaining Treatment form (MOLST) allows individuals to document what measures health care providers, including EMS providers, should take near the end of a patient’s life.

Studies suggest that this approach to person-centered advance care planning can alleviate a dying patient’s pain and suffering, according Deborah Waldrop, a professor in the UB School of Social Work and an expert on end-of-life care. Yet little research on end-of-life decision-making has been done on the growing population of older Americans with intellectual disabilities, which the American Association on Intellectual and Developmental Disabilities defines as a disability characterized by significant limitations in learning, reasoning, problem solving, and a collection of conceptual, social and practical skills.

Waldrop and Brian Clemency an associate professor of emergency medicine in the Jacobs School of Medicine and Biomedical Sciences, authored one of the first scholarly examinations of how pre-hospital providers assess and manage emergency calls for patients who do not wish to be resuscitated or intubated.  Jacqueline McGinley, a doctoral candidate in UB’s School of Social Work, joined their research team and served as first author for their most recent work.

Through a series of interviews with five different emergency medical service agencies in upstate New York, the researchers asked EMS providers specifically how forms like the MOLST shape what they do in the case of someone with an intellectual disability.

“The best available research before our study suggested that as of the late 1990s, fewer than 1 percent of people with intellectual disabilities had ever documented or discussed their end-of-life wishes,” says McGinley. “But with this study, we found that about 62 percent of the EMS providers we surveyed had treated someone with an intellectual or developmental disability who had these forms.”

That disparity points to the need to illuminate this understudied area of how people with intellectual disabilities are engaging in end-of-life discussions, according to McGinley.

She says the EMS providers’ charge is to follow protocol by honoring the documents, their directions and organizational procedures. The MOLST, as its name implies, is a medical order that providers are professionally bound to respect.  Their procedures are identical for all emergency calls involving someone who is imminently dying regardless of a pre-existing disability, the study’s results suggested.

“We heard from providers who wrestled with the unique issues that impact this population, including organizational barriers when working across systems of care and decision-making for individuals who may lack capacity” says McGinley.

There are approximately 650,000 adults age 60 and older in the U.S. with intellectual disabilities, according to Census Bureau figures from 2000. Demographers expect that figure to double by 2030, and triple within the foreseeable future.

Person-centered advance care planning specifically involves the individual in discussions about their health history, possible changes to their current health status and what future options might be available in order to best inform that person’s end-of-life decision-making.

The results, published in the Journal of Applied Research in Intellectual Disabilities, suggest that medical orders largely favor efforts to prolong life. This may be due to a reluctance to discuss advanced care planning in this population.  Still, this sociocultural context must be strongly considered as future research explores how people with intellectual disabilities engage in end-of-life discussions.

Since January 2016, Medicare pays for patients to have advance care planning conversations with medical providers. In fact, at least once a year, as part of a service plan through the state, people with intellectual disabilities have face-to-face discussions with their service providers, according to McGinley, who notes the importance of this built-in opportunity to have conversations about serious illness and the end of life.

“What’s most important in all of the work we do is knowing that people can die badly,” says Waldrop. “We know we can make changes that illuminate some of the uncertainties and improve care for people who are dying. Knowing how forms, like the MOLST, are applied in the field is an incredible step in the right direction.”

It's National Coming Out Day