bySWHELPER
in Diversity, Mental Health, News
0
ADVERTISEMENT
Share on FacebookShare on TwitterShare on LinkedinShare on PinterestShare via EmailShare on Reddit 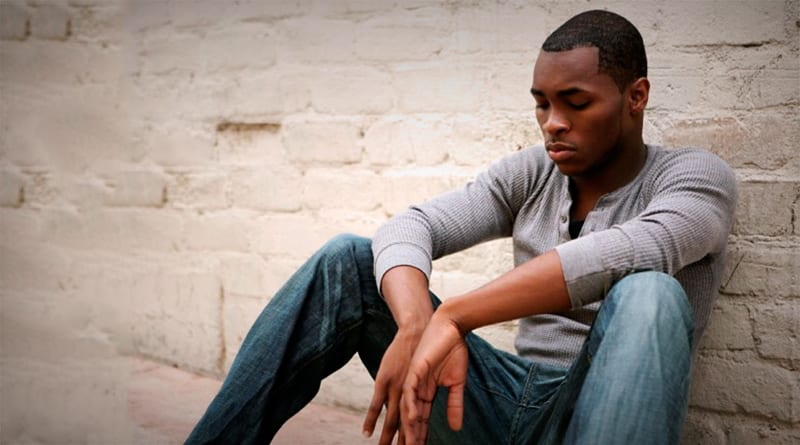 African-American men report an average of eight depressive symptoms in a month, with family support, mastery, self-esteem, chronic stressors and discrimination among the factors that are significant to their psychological health, according to a new study led by researchers at Georgia State University.

The researchers determined the stress process model, a framework for understanding health and health inequalities, was useful for identifying psychosocial risk and protective factors in African-American men, explaining about half (50 percent) of the depressive symptoms. The findings could be beneficial for directing health initiatives and policies aimed at improving the psychological health of this population.

They also found some of the risk and protective factors influence each other. For instance, self-esteem and mastery (how people perceive control over things that happen to them) play an important role in mitigating the negative psychological harm associated with lower-income neighborhoods. Family support also was a buffer for the harmful mental health effects of stress exposure. The increased depressive symptoms associated with higher levels of chronic stressors and daily discrimination are relatively lower among African-American men who report more family support.

“The factors that contribute to the mental health of African-American men are consistent with research on the factors that are important for the psychological well-being of the general population—coping resources, stress exposure and economic conditions,” said Dr. Mathew Gayman, associate professor in the Department of Sociology at Georgia State. “However, African-American men report, on average, fewer coping resources, greater stress exposure and poorer economic conditions than the general population.

It is the systematic disparities in these factors that contribute to race inequalities in psychological health. Ultimately, if we want to address the increased risk for mental health problems (and mental health generally) experienced by African-American men, we must address the social conditions and forces that shape race disparities in coping resources, stress exposure and economic conditions.”

Using data from a community-based study of Miami-Dade County (Fla.) residents that was linked to neighborhood census data, the researchers surveyed nearly 2,000 people from different ethnic groups between 2000 and 2001. Analysis for this study was limited to only African-American men, a sample of 248 participants.

Depressive symptomatology was assessed using the Center for Epidemiologic Studies Depression scale. Participants were presented with statements such as “You felt depressed” and “You felt that you could not shake off the blues” in the past month and asked to give responses ranging from 0 (not at all) to 3 (almost all the time). Higher scores represented more symptoms.

Because African-American men are more likely than white counterparts to live in lower-income neighborhoods, the researchers conclude that public health policies aimed at addressing poor mental health among African-Americans should account for neighborhood conditions. The findings also indicate that while self-reliance through mastery and self-esteem may be important for mitigating the psychological consequences associated with living in relatively poor neighborhoods, the ability to perceive support from one’s family is important for minimizing the negative mental health consequences of stress exposure for African-American men.

The findings are published in a special issue on the Psycho-social Influences of African-Americans Men’s Health in the Journals of Gerontology: Psychological Sciences. Co-authors of the study include Drs. Ben Lennox Kail and Amy Spring and Ph.D. student George R. Greenidge Jr., and it was funded by the National Institute on Drug Abuse of the National Institutes of Health.

Want to Lose Weight? Snap That Selfie, Set That Goal, Share with Others Says New Study

Want to Lose Weight? Snap That Selfie, Set That Goal, Share with Others Says New Study

The Critical Role of Caregivers, and What they Need from Us