byKristie Holmes
in Culture, News, Politics
0
ADVERTISEMENT
Share on FacebookShare on TwitterShare on LinkedinShare on PinterestShare via EmailShare on Reddit 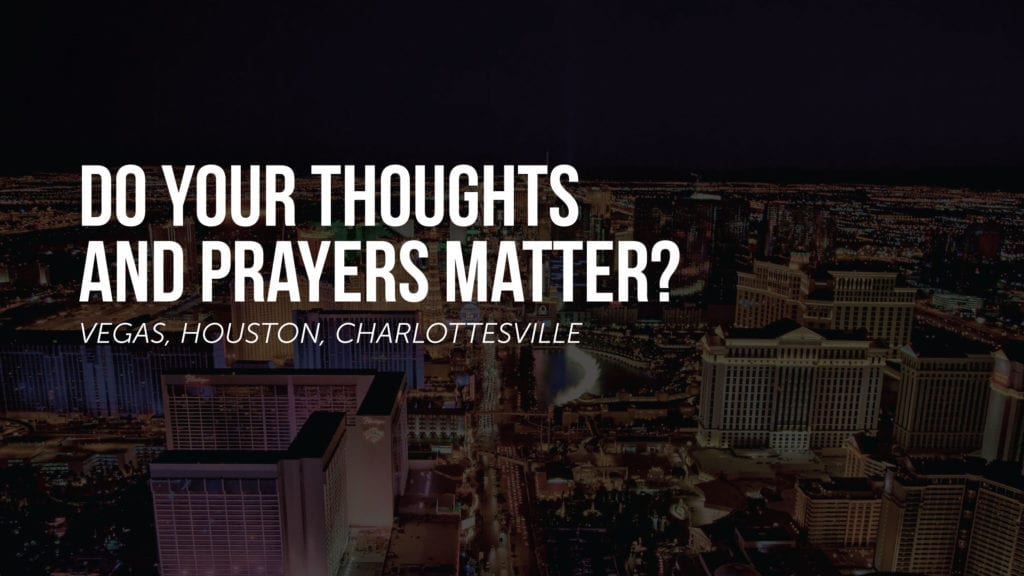 The snapping sound of my laptop closing echoed in the room as I stared up at the ceiling and shoved it aside along with the glaring screen and endless scroll of ‘thoughts and prayers‘. Realizing that I had a visceral reaction to seeing ‘thoughts and prayers’ tweeted out by well-meaning people for I’m not sure how many thousands of times now. I puzzled over why this time caused more reaction than other similar events. I won’t even bother to name the incident because it will be dated by the time I finish this article.

The endless snark of the social media blame game (this includes me at times, it’s a coping mechanism) and the seeming avoidance of meaningful action post “marking” events like Sandy Hook or Las Vegas in its level of horror was just too much today.

Maybe it’s the stark nothingness that has followed. In the subsequent, daily violence, the blame of outsiders, leadership, anyone but ourselves for taking action that will result in change, is what must change.

What’s my bias, you ask? The lack of action from anyone posting about guns, walls, terror, foreigners or travel bans outside of snide social media posts. I beg everyone to take meaningful action and then share that on your social media.

Let’s start with the pro-gun people.

Individuals who believe we need guns to protect ourselves from a corrupt government or to keep yourself safe from harm.

Your Action: Go take a class on how to be a hero to satisfy your John Wayne fantasies without getting anyone else or yourself, killed in the process.

I’m quite serious under the sarcastic tone. I think it’s 99% fantasy that you are going to contribute to stopping mass shooters, but at least you are doing something. Share about the awesome class you’ve taken, and how you’ve reduced your “freeze time” in reacting to a guy with a semi-automatic weapon pointed at you or family members while at school, church, the local Walmart or while watching the latest Disney movie at the theatre. Practice should certainly help you if you find yourself at a packed outdoor concert with thousands of people. Make sure to take the advanced class at aiming for shooters at 15 plus stories above (also without shooting bystanders or others in the building). Make sure to share with everyone the smoke signals you learned to share with the local law enforcement, who will surely appreciate your well -trained help in the next mass shooting incident.

The NRA Defensive Pistol course will focus on the techniques needed to develop a defensive mindset. The goal of the course will be to develop the knowledge, skills, and attitude necessary to carry and use a concealed pistol ethically, responsibly and with confidence… This course is only conducted by NRA certified Advanced Pistol Instructors.

Firearm Instruction, Responsibility, and Safety Training is the NRA’s response to the American public’s need for a firearm orientation program for new purchasers.

You can even check their ratings on Yelp.

Next, let’s talk with the travel ban people.

Your Action: Get a big paper map

Get yourself a world map- the type that covers your entire wall, old- school style with accessorized colored push- pins. I won’t tell you how to code your travel ban countries but you’ll need to, in 4th-grade style, create a key and chart about the history of mass shootings in the US and make sure we’re covering the right countries. Don’t let phrases like “extra super extreme vetting” confuse you.

Better yet, just list the countries that you believe pose a danger to America based on recent history (I’m trying to be reasonable- perhaps since 2007?). Then look at the travel ban list- how do they match up? If they don’t, there’s your short list of action items. Find out why the “terrorist countries” aren’t on the list then contact your local, state and federal representatives about it. Share that on your social media.

Here’s a link to the Department of State:

For the “Build the Wall” people:

Do you want to build a wall to keep out people who fly here? Who are you trying to keep out? If it’s the Terrorist Catholics from Mexico you’ll need to make that case, but far too many responses to news and social media reports are reactionary to terrorists who flew here on an airplane or actually live here in the US.

Your Action: Check the country of origin for the latest mass shooting or terror attack on the map and compare it to the travel ban list to see if your noise on social media is adding to creating change or confusing the uneducated. If they can’t walk here, surely it’s the latter.

For gun safety or anti-gun people:

Know what “they” have for support and organizing versus what you do. There’s money all around, but being a paid member of a club like the National Rifle Association gives a base of actionable information sharing that those who lack organized structure do not. Gun safety advocates need to reach out to the community and invite them in, not just ask for donations about something they believe is obvious and based on moral outrage. Teach others how to organize- the NRA’s annual meeting has something like 80,000 members present every year. Professor Harie Han wrote about this in “How Organizations Develop Activists” which I stumbled upon while looking for others who think along similar lines.

Using terms like “gun violence prevention” is more useful and descriptive for most arguments (and reflective of almost all Americans) rather than “gun control”. An easy action item is to learn your local and state laws on gun violence prevention and join an already established group like Everytown that is making headway and has coffee meetups for new members. Don’t reinvent the wheel.

Most of all, do rather than say– then share what you’re doing and why. Your focused time will reflect your passion for change and will be more likely to draw others in.

Who Listens When You Lack Power and Privilege?