byChey Heap
in Culture, Diversity, News
0
ADVERTISEMENT
Share on FacebookShare on TwitterShare on LinkedinShare on PinterestShare via EmailShare on Reddit 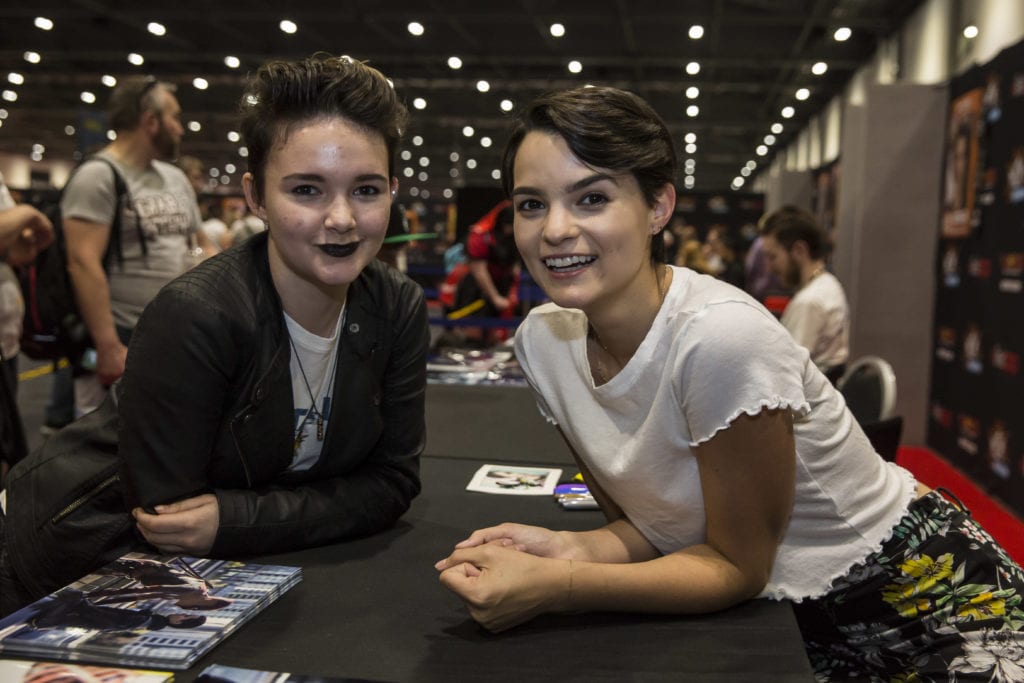 Geek culture has a rocky history with women. But now, women are rocking geek culture. Historically, women have faced invisibility (not the superpowered kind), exclusion, active hostility, violence, and sexualisation.

This is across video games (the communities surrounding video games), films, TV, and comic books – from sci-fi, superhero and fantasy genres. Geek culture does not ‘cause’ gender inequality. However, it does facilitate and shut down particular attitudes.

The stories we tell teach us who is important – and who is not. And now, women are taking charge of their own stories.

Orange is the New Black stars Tiffany Doggett (Taryn Manning) and Flaca Gonzalez (Jackie Cruz) spoke about the importance of centering women’s stories, particularly untold stories. The hit Netflix series focuses on a women’s prison, and the actors admitted that they have learned a lot about the conditions faced by incarcerated women during the filming process. There is also space to unpick gendered issues around race and class. “If you don’t see it, create it”, Jackie added, speaking of her extracurricular endeavours with music production.

Then, there were the wrestlers. 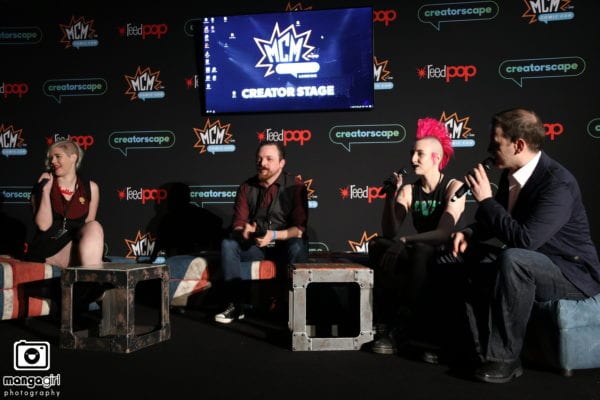 EVE  is a self-described “ground-breaking feminist-punk-rock wrestling promotion”: a pro wrestling group for women. ComicCon hosted a debut screening of Empowered, a documentary by Lea Winchcombe showcasing Rhia O’Reilly and Candy Floss. Unashamedly feminist and political, the documentary considers the challenges of being a female wrestler (stereotypes, naysayers and balancing home life), with the buzz of parading around the ring being “glamourous and outrageous”.

On being a role model for her daughter and others, EVE founder Emily Read laughed, “I am the hero, I am the strong one”.  They have opened up wrestling classes for women which build their confidence and self-esteem (irrespective of being novice, casual, professional or old hat). “Women have a place, women have a voice, and women kick ass!” she concluded. The author of this article may very well have shed a tear.

On a less physically exerting note, geek writer/actor/creator Felicia Day happily spoke about her work and creative projects alongside motherhood and her hair. Many members of the audience seemed to share with Felicia the same heartfelt and almost tangible importance of having a female role model within the industry to look up to. Felicia humbly acknowledged the praise and assured us that female representation in geek culture is changing. This was a repeated message at this year’s ComicCon – and a very believable one.

Voice actors from Pokemon, South Park (yes, April Stewart confirmed that Wendy is very well received by female fans) and Assassin’s Creed participated in discussions about their gender (of course, only as one element of the colorful spectrum of conversations).

Victoria Atkin and Patricia Summersett of the Assassin’s Creed games spoke about how “challenging” things can be in the industry – particularly to find female characters that aren’t one of the two common tropes of  “sexualised” or “butch”, but “somewhere in the middle”. They discussed wanting to be role models for women in a world where there can be little representation, with a standard gender ratio which appears to “almost compensate for having a female lead”. (Yes, Guardians of the Galaxy and Justice League, I’m looking at you – the good old ‘one woman in a group of four or five men’ trick).

Victoria and Patricia positively, and somewhat bravely considering how women can be treated for speaking up, critiqued their industry to a somewhat male-heavy press audience. These women want to be, and indeed, they are, changemakers – whilst acknowledging the hopeful message that, already, “It is changing”.

Away from the interview room in Comic Village, there was a whole host of women proudly showcasing their own work. This included everything from personal stories about one’s cat (and other pets), adventure tales, tea and romance, magic, fairies and fantasy, space and Japan. Worth a special mention in this mix was the interweaving of gender, sexuality, and race in the creations. Sexuality we may consider another time.

Olivia Duchess showcased a stall solely dedicated to beautiful, tender artwork of Black girls and women. Having been drawing since 2015, Olivia explained that “When I was growing up, I didn’t anyone who looked like me… I didn’t see a lot of Black characters,” (Susie Carmichael from Rugrats got a special mention). She continued, with a modest shrug, “I’m trying to be the change I want to see”, as though unaware of her brilliance.

The interplay of gender and race was also witnessed in other ways – for example, Letitia Wright (Princess Shuri from Black Panther), discussed the importance of  Black female presence in her film, not least the range of “strong female characters”. She agreed with an audience member, “The women were an amazing entity”, before going on to talk about the value of a “Disney Princess with cornrows”.

There was a woman so overwhelmed with emotion at meeting the badass Black Panther science princess, Letitia Wright, that she was trembling with joy. After a quick photo, she took my hand intently, asking: “Do you understand? Do you understand what this means for Black people?”

Her face was full of magic and the power of visibility. I don’t know how one heart held so much in a moment.

This theme was repeated by IvyDoomKitty in her panel on mental health with Janina Scarlett. She spoke about how she had never thought the representation of women was important in geek culture until she saw it. Before then, she was satisfied with the norm of the male superhero. Then she saw DC’s Wonder Woman: an unfurling, a stirring. A hunger revealed. As Dr. Scarlett said, in her discussion about seeing oneself in these stories, “equality sends a very powerful message that everyone is equal and everyone matters”.

I felt it too, this ComicCon. A sense of … something, resonating, muscular and powerful, yet somehow delicate and bright. The kind of visceral sensation that glows in your belly and makes you grab a stranger’s hand and ask them:

ComicCon, I think you did understand. You gave women – all kinds of women – space, made us central and elevated our power.

Superwomen are here to stay. See you next year!