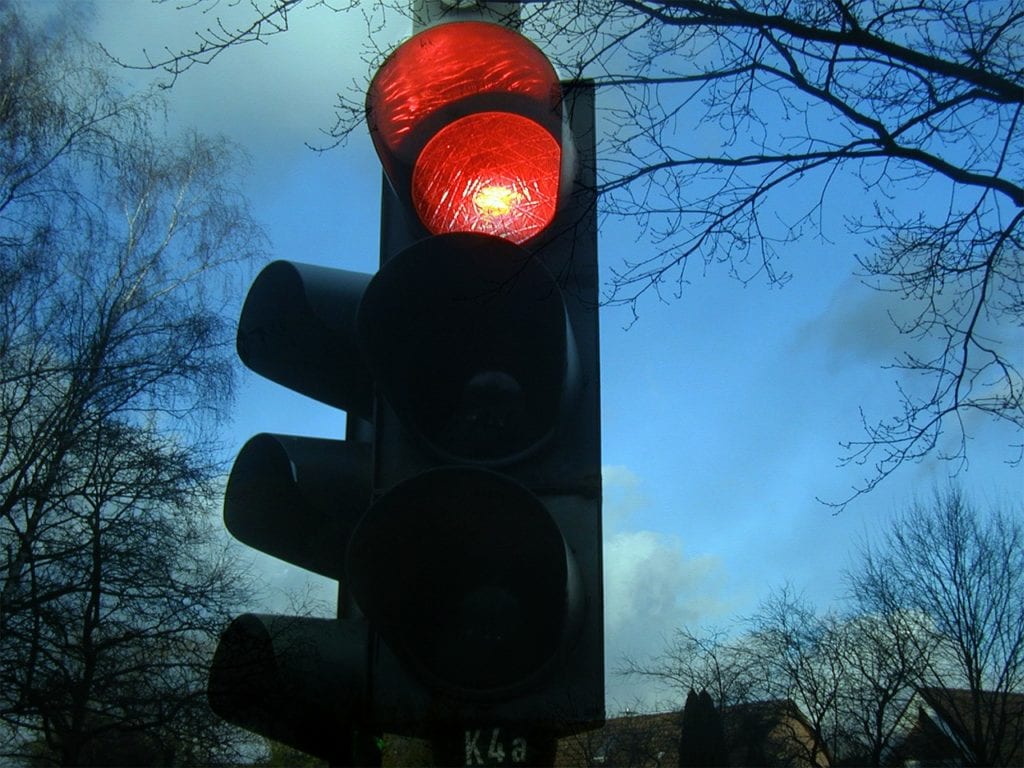 Red-light cameras don’t reduce the number of traffic accidents or injuries at intersections where the devices are installed, according to a new analysis by Case Western Reserve University.

“Once drivers knew about the cameras, they appeared to accept a higher accident risk from slamming on their brakes at yellow lights to avoid an expensive traffic citation—thereby decreasing safety for themselves and other drivers,” said Justin Gallagher, an assistant professor of economics at Weatherhead School of Management at Case Western Reserve.

Gallagher is co-author of a paper posted to Social Science Research Network, commonly known as SSRN, based on an analysis of thousands of collisions over a 12-year span reported by the Texas Department of Transportation.

Researchers focused on data while red-light cameras were operating and again after they were removed (by voter referendum) in Houston—and drew on similar data from Dallas, which still has its red-light camera program.

In Houston, the installation of the cameras led to 18 percent more non-angle accidents, with an estimated 28 percent jump in these collisions in a combined Houston-Dallas data sample, researchers found.

While removing the cameras in Houston caused 26 percent more “angle” accidents—such as T-bone collisions, considered among the most dangerous—it’s likely the cameras actually led to more accidents overall, since there are more non-angle accidents, researchers concluded.

“There is no reason to believe that there is a reduction in overall accidents thanks to red-light cameras,” Gallagher said. “Our analysis does not support the case that the cameras improve public safety, which is one of the main justifications used by public officials and law enforcement.”

More than 400 communities in the United States—including 36 of the largest 50 cities—have installed the devices, usually placed at busy intersections with a history of accidents. Yet some communities have removed the cameras, including Cleveland, where Case Western Reserve is located, and Houston.

The process of using the cameras to issue traffic citations—mailed to a vehicle’s registered owner—has largely withstood legal challenges. But their use has also been heavily scrutinized as mere revenue generators, with most programs administered by out-of-state, for-profit contractors. Tens of millions of dollars were collected from drivers in Houston and Dallas during the years analyzed for the paper.

Data on the types of injuries incurring in these traffic accidents (fatalities, incapacitating and non-incapacitating, and more minor) failed to provide a case the cameras increased the safety of intersections where they’re installed, Gallagher said.

In 2015, more than 35,000 people died and 2.4 million were injured in traffic accidents nationally, according to the National Highway Traffic Safety Administration.

While the U.S. Department of Transportation recommends a set yellow-light caution length of 3 to 6 seconds, there is no uniformity among intersections.

The study’s co-author was Paul Fisher, a graduate student in economics at the University of Arizona and a 2017 Case Western Reserve graduate.