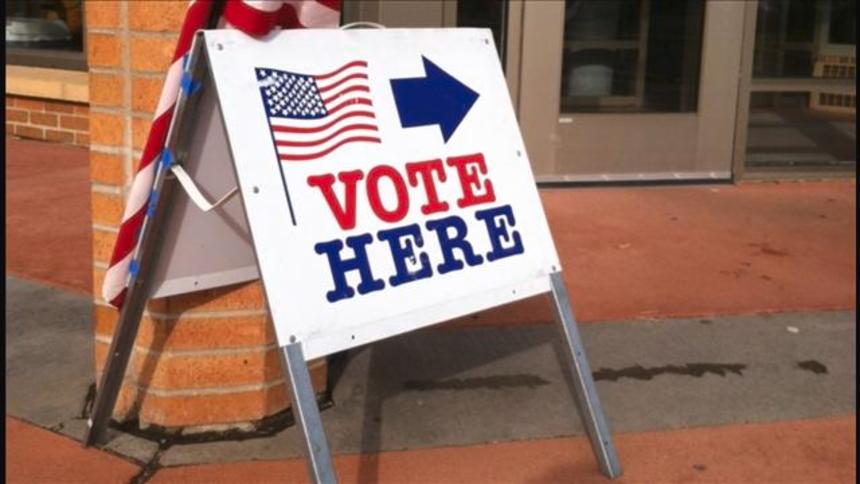 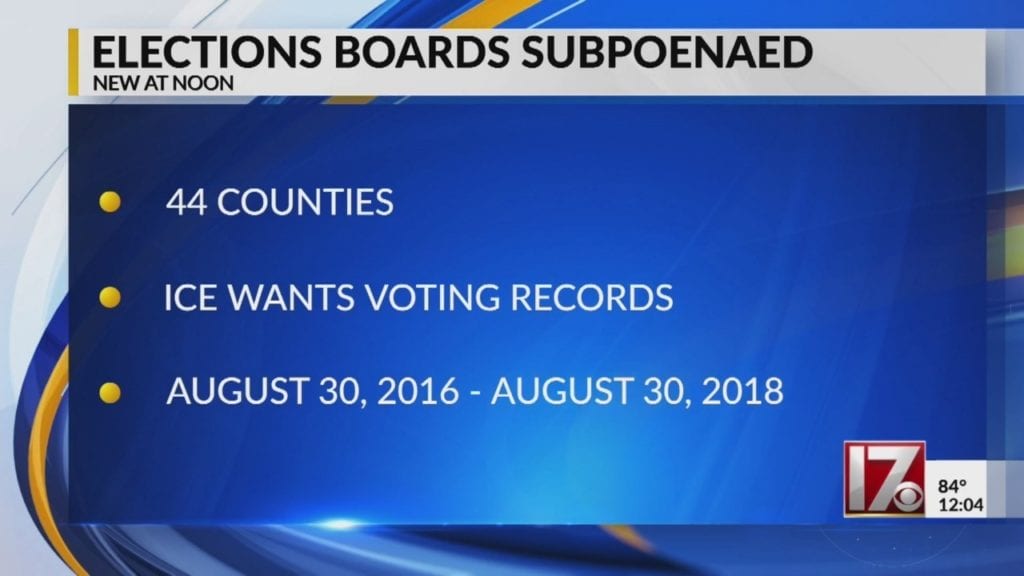 Assistant U.S. Attorney Sebastian Kielmanovich recently issued subpoenas to Boards of Elections in all 44 counties in North Carolina’s Federal Eastern District on behalf of the federal Immigration and Customs Enforcement (ICE).  While the exact timing of the issuance of the subpoenas is not clear, they became public knowledge on September 4 after an email was sent to all members of the local boards and redacted subpoena language was posted to Twitter.

The subpoenas seek “all poll books, e-poll books, voting records, and/or voter authorization documents, executed official ballots that were submitted to, filed by, received by, and/or maintained by” the local board of elections “from August 30, 2013 to August 30, 2018.”

“The timing and scope of these subpoenas from ICE raise very troubling questions about the necessity and wisdom of federal interference with the pending statewide elections,” said Kareem Crayton, Interim Executive Director of the Southern Coalition for Social Justice.  “With so many well-established threats to our election process from abroad, it is odd to see federal resources directed to this particular concern.

We are closely monitoring the handling of these subpoenas and will keep all legal options on the table to ensure that communities in our state enjoy an election process free from meddling and intimidation.”

This is part of a pattern in North Carolina.  On August 17, 2018, the Department of Justice announced federal prosecutions of nineteen individuals in the Eastern District alleged to have voted while ineligible. Both the prosecutions and the new federal subpoenas come after a number of counties in the state decided not to prosecute ineligible voters who voted in the 2016 election.

Most of those instances included voters who were ineligible due to the fact that they were still technically serving an active felony sentence by being on probation or parole, and these voters did not realize they were still ineligible to vote.

Despite most counties declining to prosecute cases because of the lack of nefarious intent on the part of the voters, the State Board of Elections & Ethics enforcement is still referring cases of ineligible voters in the 2016 election to district attorneys for prosecution.

The Southern Coalition for Social Justice (SCSJ) represented five citizens in Alamance County who were charged with voting while ineligible due to an active felony sentence.  All of those cases resulted in misdemeanor pleas deals that included no admission of guilt and the dismissal of the voting-related charges.  SCSJ is concerned that the efforts in North Carolina to criminalize the ballot box and drum up evidence of “voter fraud” may be replicated on a much larger scale.

“This is clearly a fishing expedition that picks up where the Pence-Kobach Commission stopped.  This administration appears to be outsourcing the Commission’s discredited agenda to U.S. Attorneys, thus wasting our local election administrators’ valuable time and resources, many of which had been focused on ensuring our upcoming elections are free from foreign interference,” said Allison Riggs, Senior Voting Rights Attorney for the Southern Coalition for Social Justice.

“It’s ironic, and clearly a political exercise, that an administration that has benefited from foreign election interference is now seeking to burden local election administrators in a way that will impede them in their efforts to safeguard against that same interference in the upcoming election.”

The Southern Coalition for Social Justice is a Social Work Helper Contributor. SCSJ partners with communities of color and economically disadvantaged communities in the south to defend and advance their political, social and economic rights through the combination of legal advocacy, research, organizing and communications. View all posts by Southern Coalition For Social Justice