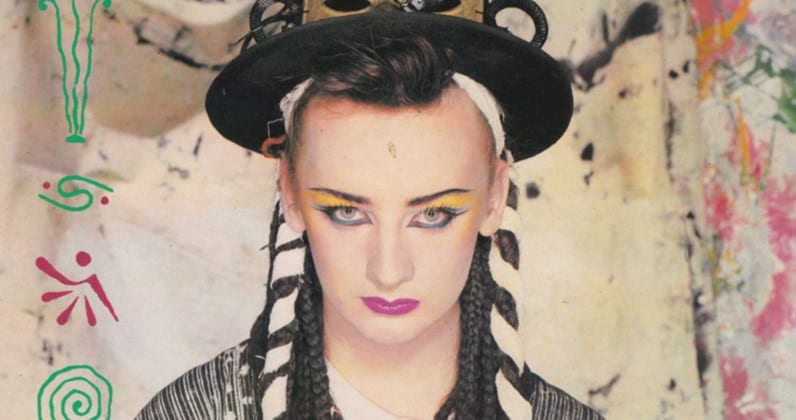 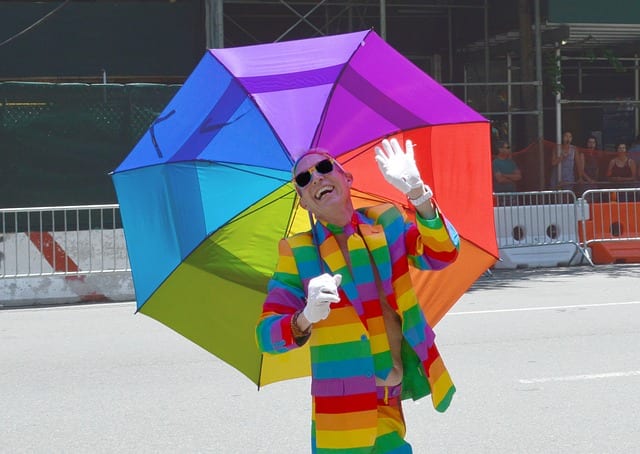 When I was a kid, there were girls and boys, men and women. My sister was a bit of a tomboy which was hardly surprising perhaps given she had two older brothers. Truth be known, I was a bit of a sissy – not as acceptable as my sister’s gender-non-stereotypical behavior. However, apart from ‘big boys don’t cry’, I was never particularly shamed on account of it.

Those were the early 70s and 80s. Cut to the mid-80s, as puberty and adolescence coursed through my body and threw open my mind, one afternoon I was watching Ready to Roll and a new song appeared on the charts: “Do You Really Want To Hurt Me” by Culture Club. The group was fronted by this person over whom, for the next couple of weeks (there was no Google back then), I obsessed. Whether they were female or male, I really couldn’t tell.

Finally, listening to the UK Top 40, it was confirmed: Boy George was a guy and he preferred a cup of tea to sex.

Then followed others in the new romantic music scene of the 80s: Dead or Alive’s Pete Burn, Marilyn, Annie Lennox, and others. All challenged gender appearance norms in what seemed to be a sea-change of gender ambiguity. Even before my burgeoning awareness of my own sexual orientation, I remember having this growing excitement that gender, as we knew it, had changed for the better and, I was sure, or at least hopeful, it would never be the same.

Hyper-gender-role-normalcy had to be restored because, well, it had to be. In my late teens and early 20s, as I came out and became immersed in the social and political worlds of the gay scene, the only genderf*cking to be seen was the caricatured gender stereotyping of drag queens and, less commonly, drag kings.

The intriguing, creative, uncertain and unknowing story of androgyny, it seemed, had just been a phase.

Over the following couple of decades, a new phenomenon emerged: the transgender or now more openly termed trans* movement moved to the fore. Beginning, in my circle anyway, mainly with men who decided to live as women and then women who would realize that they identified as men.

Unlike androgyny, trans* people wanted to be recognized, for all intents and purposes, as the opposite gender. Most would want their birth gender to go unnoticed; a few activists would tell their story to raise awareness and lessen the stigma.

This new phenomenon medically termed gender dysphoria but politically dubbed genderqueer speaks a different story: gender isn’t what you’re born with — it’s what you think and how you feel. Sometimes they match, sometimes they don’t. If it’s the latter, it’s okay to change.

I felt compelled to write this blog is when I read a news article entitled Born in the Wrong Body, which I think signals the beginning of another new story:

Here’s why I think it’s a new story, one which I’m excited about. Boy George and his peers told a story of growing up cis-gendered (meaning the gender they were born), but refusing to conform to gender stereotypes, particularly in appearance.

Trans* people tell the same first half of the story:

I grew up cis-gendered. (Then it changes.) It didn’t feel right. When I was old enough to be autonomous I changed my gender. I had to take hormones and have surgery to undo what puberty and adolescence did, which was to make me an adult of the gender I didn’t identify with.

This boy, the subject of the article, and Jason mentioned later, will tell a new story:

I was born a physical gender that didn’t match my identity. I was aware and my parents were open enough to understand, so took steps to allow me to grow up and go through puberty and adolescence that gave me an adult body that better matched my gender identity.

I was surprised at Georgina Beyer’s response:

“I don’t think a seven-year-old has enough life experience to understand precisely what they’re doing. I think it’s better a person gets to puberty and through puberty and then if this is continuing to develop . . . then yes, there is more of a case to be fought.”

I disagree with that stance because, all through life, we do things about which we may feel different later. If this boy gets to 15 and wants to be female, the woman he will then become will simply have another part to her story:

And then I changed my mind.

The stories we tell as humans are what sets us apart from every other species on the planet. Yet we fear to change our stories. We mindlessly ignore the influence of nurture on our social and intellectual development. We conservatively defer to nature as being statically right, rather than embracing the wonder of human nature: that we can change what nature creates for us because we have the awareness, understanding, technology and will to do so.

Changing our stories is what allows us to evolve. Our gender stories are the most basic and fundamental of all. Until we can change those, how on earth will we change the more complex stories of our diversity?