Personality Disorders: How They Affect You 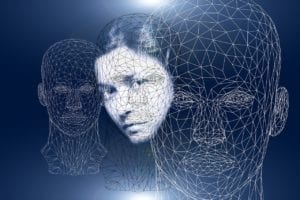 There is a sub-group of people, however, that doesn’t seem to get along with almost anyone. These persons tend to project blame onto others for their conflict and may also cause others to feel guilty for not meeting expectations in the relationship. Further, some of these people while feigning interest in others, are really only interested in meeting their own needs. These people can be manipulative, self-serving and distressing to others. If they themselves are distressed, it is only due to the reaction of others, or for others not attending to their demands. They tend not to be distressed about their own behaviour. In fact, when confronted on their own behaviour, they are quite unable to see a problem with themselves and treat the confrontation as a serious attack. They are incredibly adept at making excuses which continue to exonerate themselves while making it seem like everyone else is the problem.

If you explore their childhood, one often sees a history of abuse or abandonment. There may have been parental alcohol or drug abuse and violence in the home. These persons may have been subject to many moves in childhood and care by multiple alternate caregivers.

If you are having difficulty with someone as described above and even if they do get help, get help for yourself. Describe the situation to the therapist and seek education, guidance, and support to manage the relationship and make choices as to how you will cope and decide what is acceptable for you. You are allowed to be independent of the person with the disorder, regardless of the relationship.

What is Meditative Psychotherapy?

What is Meditative Psychotherapy?

The Need for Improvement in Substance Abuse Treatments