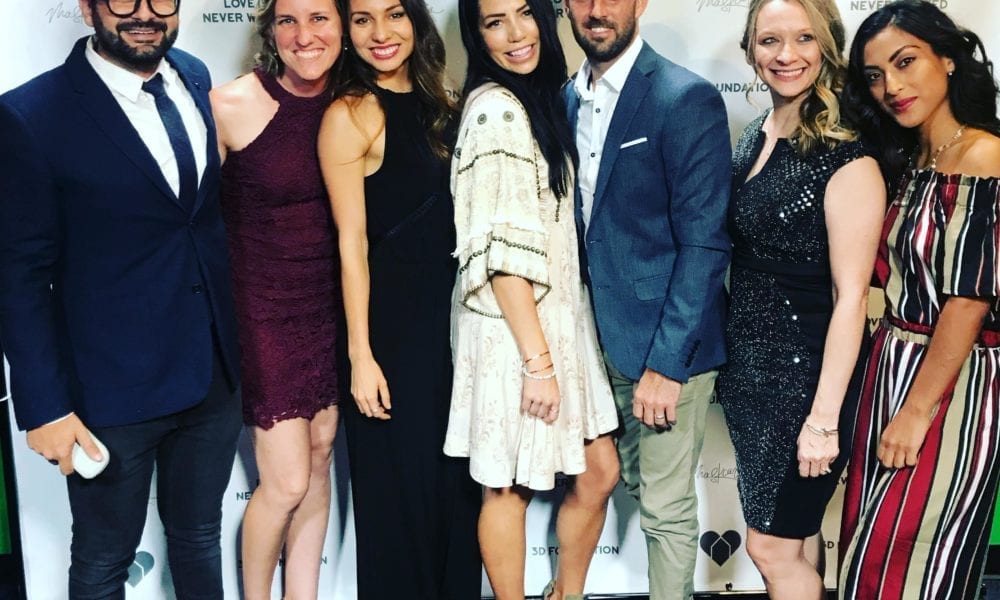 Kevi’s story, though fictional, allowed me to paint for you a visual picture of how much it hurts to have a mother leave you all alone. It invites you to yearn with him—to share his longing to capture a woman that you know you probably never will. It shows how wildly untameably beautiful such an enigma is to her son, with her hair dancing in the wind and the scent of her teasing in and out of his existence.

Mostly, it helps you understand that there’s more to the story than just her. For kids like me, who were raised by many parents, it’s not just about our bio moms, you see. Sometimes, it isn’t even mostly about that mom. It’s also about this foster mamma who feels warm and soft and safe. It’s about how you never want to live without those feelings or her arms around you again.

Maybe it’s about that foster daddy that you just aren’t sure about. He might hurt you like all the other daddies you’ve ever known. But, maybe he won’t…

Through the Author’s Pen & Own Experience of Foster Care

My mother’s purse was her survival kit. She never forgot it.

She often forgot us. But she never forgot it.

Inside that purse, she carried an envelope. The envelope held all the things one would normally file away in the safety of their home. Instead, she carried those things—the few markers of our meager existence—in a manila in her handbag.

I suppose this was the only way for her to hold onto anything in a life where change usually happened in a moment’s notice. It wasn’t uncommon for us to ditch all of our possessions when the police discovered us living in a condemned or abandoned building. Also, as a battered woman, Mamma always had to be prepared to run on the days it seemed Daddy might actually kill her.

The purse and the envelope may have been an insignificant thing to anyone else, but for a kid like me, it proved that everything outside of it could be taken in an instant. It signified my mother, how she’d come to be, and the struggles of her life.

That’s why I made the biological mother’s purse a significant part of the story in ReMoved 3. As I wrote “Love Is Never Wasted,” I tried to infuse it with those things that would make it feel real to others who had walked a similar journey. I sought to put in specific feelings and moments that kids in foster care would really connect to.

As a foster kid, you often find yourself torn between families because each one holds a piece of what you need. You long to understand your biological parents and to know what it was like when you were budding in your mother’s womb. You have to know because, on some level, your body still remembers. The body can’t forget the place it was first fed.

Let’s not overlook, though, that you need more than roots to grow. Our bodies instinctually know this as well. We must also feel that we are safe, that nourishment is always available, and that the sun can shine most every day.

Ideally, our kiddos would get all these needs met from the same person. Sadly, that is not always the case. For the 400,000 plus kids in the U.S. foster care system a solitary caretaker will not be found to meet all their needs. Our best hope for these kids is that love can be absorbed from multiple sources. We hope that, collectively, they get enough of what they need from the world around them to grow healthy and strong.

Like Kevi’s story, my own life was changed by having multiple temporary parent figures. Though not ideal, this piecemeal parenting experience is what taught me how to love.

There were the moments that my birth mom snuggled me in bed. In the submission of sleep, she would occasionally relax and offer some warmth. These memories of cuddling my mom inspired the scenes of Kevi snuggling his birth mom in the film. Even the direst situations usually have some moments of bonding.

When my mother didn’t have any affection to give, my big brother stood in the gap. He frequently acted as a caretaker, comforting me, protecting me, and feeding me on the days everyone else forgot to. Because of my big brother, when my new little brother entered the world and cried out for protection, I knew how to answer that call.

Unfortunately, I could only answer it slightly better than our mom did.  You see, I was only six. Then seven. By eight, I felt like I was dying. My enchantment with my mother began to wither, along with my body and soul. I called out to the universe for something to take me from the daily pain that she and my father put me in.

Foster care was the answer I received.

Sadly, foster care brought more pain. It’s difficult to describe the feelings that come from being ripped from one’s life source, especially when that life source is also robbing you of life. Regardless of her failures, though, she was still the first person who had held me. Now, I found myself miles from her familiarity. I frequently asked myself if anyone could love me in this strange new place, where nobody looked or acted like me and Mamma.

Some of them couldn’t love me, it seems.

Yet, some of them could and did. Some of them even did without any expectation of return. Most of them who loved me were only able to hold me for a moment in time. No matter how fleeting my time with them was or how heartbroken I was upon leaving, these people became the beautiful springtime of my memory. From each moment I got with them, I would continue to flourish and grow; although, I wouldn’t necessarily see that at the time.

Thousands of uncertain days would pass under the gloomy cloud that we call foster care. Though I acted it out differently than our character Kevi, I was a mess during most of those days.

But a new day would eventually come!

I would grow up. Slowly, I would discover that my life had been changing. As an adult, I would finally find that it was all my own. With my newfound sense of freedom and control, I would choose to become the wife to a husband who loved me selflessly.

Of all the guys I could have chosen, including the kind who may have felt more familiar, how did I know to settle on one like him? The faces of several good foster fathers smiled distantly behind the man I had chosen to spend my life with.

After years of being loved in a way I’d never felt loved before (by my husband Doug), I would become a mother. Despite the years of worry that I’d be a parent like him or her, I found that I was actually more like her and her and him. Tortured childhood and all, I was brimming with love to give, thanks to those who had poured love into me.

This forced me to ask an important question: How could a girl, who had been miserably failed by the people who gave her life, find herself building a completely different world than the one she grew up in?

The answer was clear. I had gotten to this place because an alternate reality had blown into my childhood. It had changed me. Its name was foster care. For me, foster care wound up carrying the faces of seven different homes over seven years. When I was 15, its name became adoption.

Ironically, this system of child protection that had starved me is also the very thing that helped me thrive. Foster care brought so much internal destitution, but it also brought moments of witnessing healthy, selfless, loving, human interactions.

I hope “Love is Never Wasted” reveals that even small moments with a child can show him he has a choice in how he lives his life. Because of my time in care, I now knew that there was not just one possible way to be. Throughout my foster care experiences, I had, here and there, tasted the essence of something sweeter and more fulfilling than my past life. I became hungry for more of it.

I now exist as living proof (hidden behind my stories) that love always offers nourishment and that a little bit of it can go a very long way.

A lot of it can make miracles.

A little bit of love carried me out of my tortured childhood. A lot of it led me to the place I am today and a little boy named Kevi.

Liz Hunter is the writer of Love is Never Wasted, Foster Alum, & Adoptive Mother of 2. View all posts by Liz Hunter