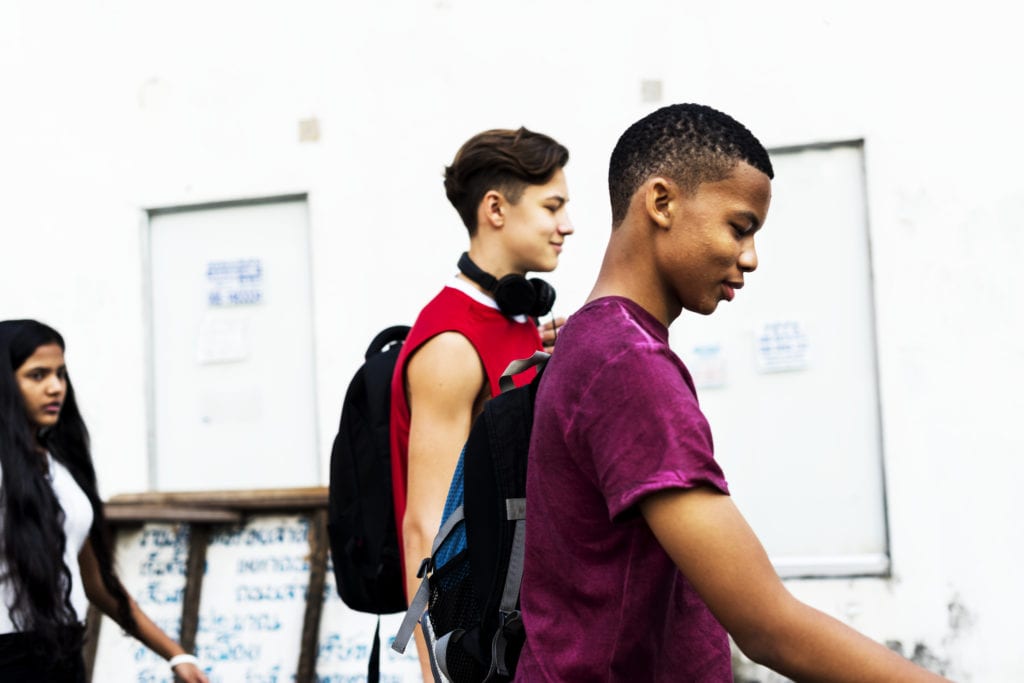 Imagine this scenario: A young black man is falsely suspected of illicit behavior, stopped, and questioned by police. Because of media depictions of police encounters with people of color, the youth perceives the stop as an injustice (whether it was or not). On edge, he signals his anxiety to the police, making it more likely that the interaction devolves into verbal abuse or physical aggression. The police officer detains the young man and brings him to the station where he may be abused. Even if this young man leaves the encounter without serious harm, the experience of arrest makes it likely that he will begin to label himself in a negative manner. He begins to think of himself as bad and acts accordingly – increasing the likelihood of future interactions with the police leading to arrest.

Unfortunately, this kind of scenario is all too common. Research shows that young people who experience arrest often begin to view themselves as “delinquents” or “criminals,” taking to heart social stigma and stereotypes. This process can perpetuate offensive behavior resulting in an increased risk of arrest and sanctions in the juvenile justice system. Such police-contact spirals impact not only young people’s immediate and long-term futures; they exacerbate dysfunctions and expenses in America’s justice system.

U.S. criminal justice policies have spurred increased contact between police and young people. In fact, studies suggest that police are more likely to come into contact with youth than adults. The War on Drugs and other measures designed to address serious offenses have prompted this increase – and too often the suspicion of drug possession serves as a pretext for searches that are racially skewed. Studies show that young Black people, compared to Whites, are disproportionately likely to encounter police and be arrested for similar offenses. From a societal perspective, this skew can be explained in part, by implicit and explicit racial biases held by police officers as well as by various economic circumstances, including profiteering by privatized prisons and detention centers that have incentives to push for “get tough” laws. Zero-tolerance disciplinary policies in schools have also increased the likelihood of police-youth contacts.

Some of the most harmful and concerning initial encounters between police and adolescents involve physical abuse. Whether deliberate or inadvertent, police do damage to young people’s wellbeing by using aggressive holds, tasers, pepper spray, and other aggressive methods to subdue suspects. Even when physical contact is limited, placing adolescents in handcuffs in a police cruiser and transporting them to the station is often a humiliating and traumatic experience for the young arrestee. At times, research shows, detained young women have even had to ward off inappropriate sexual remarks or advances from police officers.

Arresting young people can lead to detrimental outcomes including harm to their mental, emotional, and physical wellbeing at an especially impressionable phase of life. Like formal arrests, youth detentions often lead to worrisome outcomes. In general, youth detention centers are overcrowded and understaffed, and young people admitted to them often spend anywhere between a few hours to a number of months exposed to negative experiences like verbal or physical abuse in addition to isolation and loss of privacy. Correctional conditions can foster mental illness and unhealthy levels of fear, especially among those who are unfairly detained.

Besides the physical and emotional damage, arrests of young people can damage their future chances to be productive citizens. Arrests can lead to losses in academic standing and increase likelihood of dropping out of school. Such risks are especially acute for those detained for extended time periods. Furthermore, youth who have experienced arrest are likely to face barriers to employment and access to housing and higher education. And because income and educational losses are known to harm individual health, the long-term health of arrested young people also suffers. Moreover, the ill effects can cumulate, because negative encounters and experiences early in life often promote later use of drugs and alcohol and other risky behaviors, which in increase the likelihood of future run-ins with the law.

Finally, policies that lead to increased numbers of youth arrests also further misallocations of constrained public resources. Time spent processing youth arrests detracts from the investigation of serious crimes, which may undermine public safety. Frequent arrests of young people for minor infractions also reduce the efficiency of the legal system. For example, low-level misdemeanor cases drain a lot of time from public prosecutors and public defenders; and youth arrests are more expensive than other measures that could be taken short of arrest.

What Can Be Done to Improve Police-Youth Relations

Although the current picture is grim, research points to promising new approaches:

Read more in Patrick Webb, Incapacitating the Innocent: An Investigation of Legal and Extralegal Factors Associated with the Pre-Adjudicatory Detention of Juveniles (Universal-Publishers, 2008).

PATRICK R. WEBB is an Associate Professor of Criminal Justice and Statistician, St. Augustine's University. Webb's research focuses on student attitudes who attend HBCUs (Historically Black Colleges and Universities). His research also focuses on the efficacy of criminal/juvenile justice reform efforts in relation to disproportionate minority contact among youth/adults. This article was written in collaboration with the Scholars Strategy Network.