As Cities Grow in Size, the Poor ‘Get Nothing at All’ Study Show 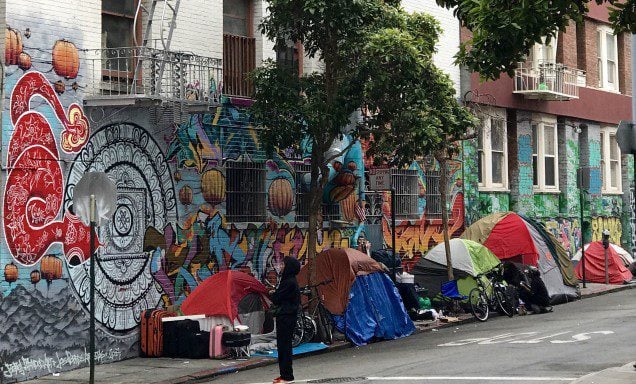 Cities are hubs of human activity, supercharging the exchange of ideas and interactions. Scaling theory has established that, as cities grow larger, they tend to produce more of pretty much everything from pollution and crime to patents and wealth. On average, people in larger cities are better off economically. But a new study published in the Journal of the Royal Society Interface builds on previous research that says, that’s not necessarily true for the individual city-dweller. It turns out, bigger cities also produce more income inequality.

“Previous literature has looked at [urban scaling] through a lens of homogeneity,” says Santa Fe Institute (SFI) Omidyar Fellow Vicky Chuqiao Yang, an author on the study. These studies have shown a per-capita increase in wealth as cities grow. “But we know from other literature, especially in economics, that many societies are unequal and economic outputs are not distributed evenly.”

Using data from municipal areas across the U.S., the authors took another look at urban wealth through a lens of heterogeneity. Breaking the income in their dataset into deciles, the team found that, as cities grow larger, the top ten percent of income earners gain an increasingly large portion of the wealth.

“For a long time, what has often been thought about in urban scaling is the whole system,” says co-author Chris Kempes, also of the Santa Fe Institute along with co-author Geoffrey West. Kempes and West have worked closely together to study scaling relationships in systems from cities to biological organisms.

But it’s not just wealth that tends to increase as cities grow; the cost of living also increases. So, the authors factored in an adjustment for housing prices. With that adjustment, their analysis showed that, as cities get bigger, the housing costs increase at a faster rate than lower-decile income.

“For the lower decile, there is no proportional increase in wealth. So, the city is not increasing economic benefit, but it’s not decreasing it either,” says Kempes. “However, since costs do go up, the experience of the poorest individuals gets worse.”

Across the world, civilization is undergoing rapid urbanization. More than half the world’s humans currently live in urban settings, and in the coming decade, researchers predict the number of megacities — those with 10 million people or more — will quadruple. “There is an urgent need for a quantitative and predictive theory for how larger urban areas affect a wide variety of city features, dynamics, and outcomes,” write the authors.

The questions in this study were initially raised by co-authors Cate Heine, Elisa Heinrich Mora, and Jacob J. Jackson, who together spanned two cohorts of Undergraduate Complexity Researchers at the Santa Fe Institute.

According to West, the new results emphasize that inequality is primarily an urban phenomenon, arising from underlying social dynamics “that desperately need to be addressed.” He speculates that poorer city dwellers are missing out on the increased social interactions that are credited with driving innovation and wealth creation in large metropolises.

“What was a huge surprise in this research was that, as the city grows, there’s no advantage to people in the bottom 10-20th percentiles. As you go down the income deciles, the value-added for city-dwellers got less and less in a systematic way… so much so that, in the bottom decile you get nothing at all. There’s even evidence that you’re losing quality of life,” says West. “Here we found that rich are getting even richer than we thought and the poor are getting even poorer than we thought.”

Read the paper, “Scaling of urban income inequality in the USA,” in the Journal of the Royal Society Interface (August 2021)

A 10-Year-Old Girl in Kenya Learns Coding in Milwaukee--Virtually.