byDaniela MansbachandAlisa Von Hagel
in Criminal Justice, News
0
ADVERTISEMENT
Share on FacebookShare on TwitterShare on LinkedinShare on PinterestShare via EmailShare on Reddit 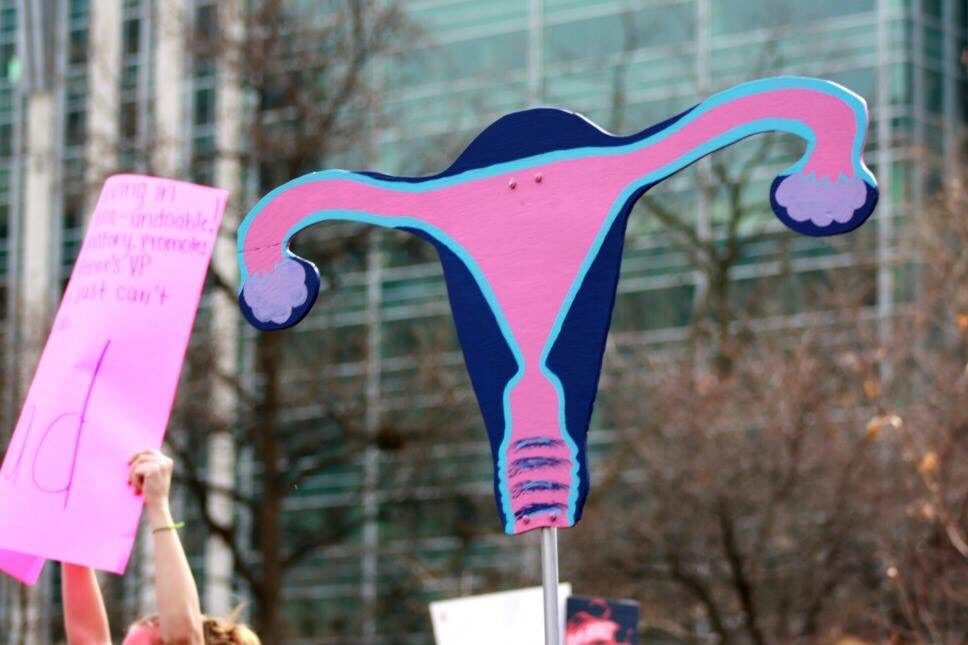 Anti-abortion organizations aim to make abortion illegal for all women – or, barring that, to make abortion as difficult as possible to access. The war on abortion access has many fronts, including mandated delays, special counseling rules, and rules limiting the reasons a woman can offer for wanting to end her pregnancy. At the end of 2017, for example, Ohio passed a law that bans abortion for women whose fetuses have been diagnosed with Downs Syndrome. Ten states bar women from ending pregnancies based on the sex of their fetus, and some state legislatures are currently considering similar bans for abortions based on race. Regardless of the intention of these laws, they create barriers to reproductive care and can also ignore the typical reasons women seek abortions – because the pregnancy was unintended and unwanted and they do not believe they can financially provide for a new child. Many barriers to abortion disproportionately affect Black women.

As part of their broader strategy to restrict access to abortion, many pro-life organizations claim that higher rates of abortion for Black women are evidence of racism on the part of abortion providers and advocates. Of the 160 pro-life websites we surveyed in the course of our research, almost 20% make this claim explicitly, arguing that abortion clinics and doctors target minority women in a systematic and purposeful way. The organizations that link abortion with race often compare abortion with the Holocaust, genocide, and slavery. For example, one such group, Abortion in the Hood, uses images of the Planned Parenthood symbol and the Confederate flag under the headline “which one kills 266 black lives everyday?” One of the most radical organizations we studied, Klan Parenthood, goes so far as to equate pro-choice advocates to Klan members, featuring an image of a doctor wearing a Klan outfit with the slogan: “Abortion, because Lynching is for Amateurs” on their website’s homepage.

Pro-life organizations deploy such messaging about increased abortion rates for Black women to argue that the fight against abortion is the civil-rights struggle of the day, co-opting the rhetoric of anti-racism movements. For example, the anti-abortion group Protecting Black Lives writes that “if the current trend [in abortion rates] continues, the black community may cease to make a significant positive contribution in society.” A similar organization, Black Genocide, emphasizes the political implications of abortion, falsely stating that African-Americans “are the only minority in America that is on the decline in population. If the current trend continues, by 2038 the black vote will be insignificant.” While some might assume these extreme comparisons and imagery would be relegated to the fringe of the abortion debate, they actually have a direct – and growing – effect on state-level policy. This is evident in the increase in laws that restrict access to abortion based on the race of the baby. One such example is the passage of an Arizona law in 2011 that banned abortions based on the race of the fetus, justifying it as a tool for addressing “race-related discrimination that exists in Arizona and throughout the nation.”

The Real Link between Racism and Reproductive Health

Anti-abortion groups find it possible to make extreme racial claims because statistics, such as data from the Guttmacher Institute, show that women of color have higher abortion rates than white women. Despite significant declines for all groups in the past decade, women of color still obtain abortions at a rate two to three times higher than the rate for white women. According to data from the Centers for Disease Control, while non-Hispanic Black women account for only 13.3% of the U.S. population, they receive approximately 35% of all abortions.

The percentage of unwanted pregnancies that end in birth rather than abortion suggests that Black women are actually more likely than women of other races to carry an unwanted pregnancy to term. Further, given that many more of their pregnancies are unintended, it is not surprising that the abortion rates of Black women are higher than those of white and Hispanic women.

Why do minority women in the United States have higher rates of unintended pregnancies? There are many reasons, but limited access to affordable and effective contraception is among the most important causes. Limited access, in turn, is often attributed to funding cuts to programs that provide contraception to low-income and minority communities, plus the scarcity of reproductive healthcare providers in neighborhoods where high concentrations of minority women live and work. Other recent studies – such as the Turnaway Study of women who did and did not receive desired abortions – find that many women of all races cite economic reasons for terminating a pregnancy.

The overall picture is that Black women in the United States often face difficult socio-economic circumstances, which influence their reproductive access and choices. As long as pervasive racial disparities in health care and economic wellbeing persist, Black women will face disproportionate risks of unintentional pregnancy – and many of them, as well as many white women, will choose abortion.

Abortion providers are hardly the ones discriminating against Black women. Instead, they are trying to address their needs and choices. Abortion providers will continue to serve the unmet needs of Black women who are making the best parenting decisions they can for themselves and their families.

Mansbach's research focuses on the Religious Right, and the way the movement has been changing and adapting to political and social changes in the United States. Together with her colleague Alisa Von Hagel, they analyze the discourse and policies that have been used by the movement to promote conservative legislation regarding women's health and reproduction, mainly by the pro-life movement. Her current work expands this research to the use of religious freedom arguments by the religious right, including in their fight against marriage equality. This article was written in collaboration with the Scholar Strategy Network.

Von Hagel's research focuses on reproductive policy, social movements, and biotechnology in the United States. Currently, her work examines the role of the Religious Right in reshaping the public discourse on issues of success to abortion and the right to same-sex marriage. Further, this work considers the impact of this changing strategy and discourse by the Religious Right on public policy. Based upon her background and teaching experience, she has given over 50 interviews on local and national politics for a number of local affiliates of NPR, CBS, and Fox news organizations. This article was written in collaboration with the Scholar Strategy Network.