byGeorgiana Ndlovu
in Opinion, Professional Development, Social Work
0
ADVERTISEMENT
Share on FacebookShare on TwitterShare on LinkedinShare on PinterestShare via EmailShare on Reddit 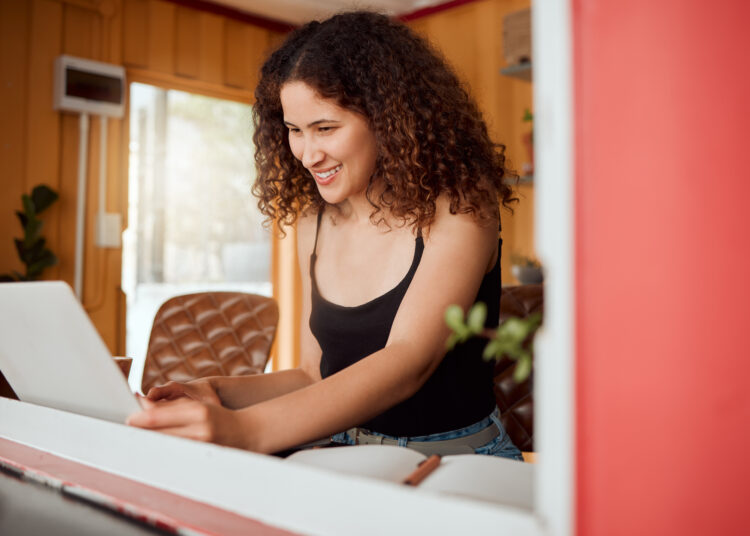 You might not think it at first but I’d argue that my former life as a reporter has held me in good stead to pursue my next career as a future social worker. Yes, really, and here is why!

Some 25 years ago as a 15 year old school pupil with an endless supply of ambition and enthusiasm, I zealously scoured local newspapers and magazines desperate to find my next opportunity to work in an editorial space and have my name on a byline.

I did stints everywhere from local newspapers – or rags as I affectionately called them – to teen magazines and even took a role with the regional BBC relishing the glow I got from having my name in lights and my portfolio boosted.

But the hours of unpaid and often thankless work experience took its toll. Some 25 years later, my opportunities to work in editorial offices and as a freelancer simply dried up – along with my enthusiasm.

See, I managed to get ill during the explosion of Twitter et al, and I missed out on vital training in digital journalism. At the time, I did not have the resources to find my digital learning outside of employment, and I didn’t want to pursue further study. Additionally, freelance journalism was tough, and I found it difficult to make ends meet.

While taking a break from reporting, I conducted extensive voluntary work – helping everybody from the homeless to those who had been affected by substance misuse and domestic violence.

And you know what? I relished it. I was able to utilize well-honed journalistic skills in interviewing, report writing, and evidence-based work while helping and empowering vulnerable people. It was satisfying, enriching, and eye-opening. I was able to explore my values of social justice and exposing the truth while helping members of the public with human interest issues.

From the blind woman whose lifeline was cut off after her local bus service was stopped, to the man who was suing his local hospital for malpractice, it was hands-on grafting for the people and I loved it. I also looked at single parents who were struggling to bring up their children and residents of a poverty-stricken estate with nothing to engage its large population of young people.

As a volunteer, I relished the chance to advocate for people and it wasn’t long before other professionals were suggesting I retrain into social work using my transferable skills as a stepping stone. So, was the drive and determination of that young girl of 15 with visions of her own office in Manhattan with ‘editor’ embossed upon the door forgotten all of a sudden? Do not believe a word of it.

In my new role as a student social worker I am more ambitious and motivated than ever, yet this time it’s more about the people I am helping than having my own name up in lights. I still keep my hand in journalism. I was recently offered the chance to write a piece for a New York-based social work magazine and of course, I am now a co-editor of the Loop.

I am planning to pursue a criminology Ph.D. next year part-time alongside work – to marry my passions for criminal justice and forensic social work and writing. The journey never ends – and frankly, why should it? I believe skills bought from other backgrounds can only extend the scope of social workers to fulfill their roles.

So what skills have I bought? Well, writing skills are an obvious journalistic skill, alongside interviewing, keeping evidenced-based records, and translating complex principles into user-friendly copy – a skill in itself. Sharing information and putting a spotlight on little-known issues is useful for social work as is communicating with members of the public far and wide to capture a story.

Storytelling is fundamental to journalists, who act as conduits who narrate real events and facts and this might be necessary for social workers who might be representing their clients at interdisciplinary meetings or in court for example. Persistence, tenacity, and self-motivation are key and the values of empathy, social justice, and exposing the truth are concerns for journalists and social workers alike.

As a journalist, I was often involved in advocacy reporting and as a social work student, it will allow me to filter those same stories using social work principles and ethics. I was a proud journalist and now I’m a proud social work student. And, I’m happy that I have not had to forgo my passion for writing for my new role when the two can work so beautifully together.

Moral of the tale?

Embrace the transitional skills that you have gleaned in your former work and life experiences and bring them full force into your social work practice. You and your clients will thank you for it.

Georgiana Ndlovu is a MSc social work student with lived experience at London Metropolitan University based in London England. She has an interest in forensic social work and plans to begin a PhD in criminology part time next year alongside starting her ASYE (first year in social work practice. ) She has had a long term desire to work in the US and is exploring the possibility.