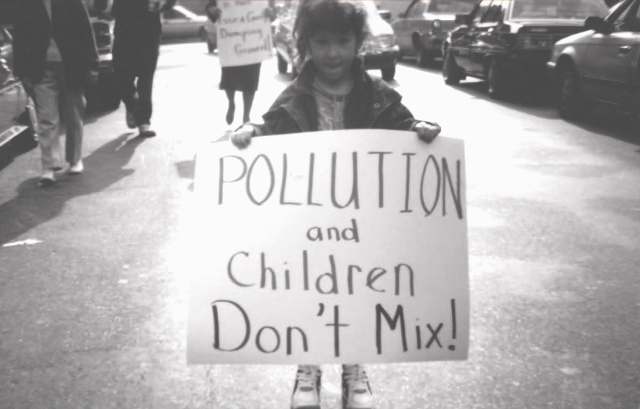 Whenever something is called ‘green’ many of us tend toward skepticism. Let’s be real, when something touts itself as environmentally friendly, so often it’s just trying to hide a toxic underbelly.

So, green social work … is it just hype?

Hardly. It’s the real deal. It’s a reframing of how we talk about social issues, the planet, and the intersection between the two. It’s as green as they come.

In 2010 the Council on Social Work Education declared sustainability the number one social justice issue of the new century. Since then, the area of green social work has evolved and come into its own.

Green social work is a branch of social work that deals with the impact of the faltering environmental stability upon human populations. It is essentially a broadening of the definition of environment, sociologically speaking, from referring exclusively to someone’s immediate surroundings to referring to the planet that we all share.

After the CSWEs 2010 announcement, it became quite clear that social workers globally were eager to enter a realistic conversation about how climate change affects people, impoverished groups in particular, and that they were ready to take action.

There was no more denying that the extreme flooding, hurricane damage, or broken levees of the age impacted people beyond reason.

Annie Muldoon, MSW, of Carleton University has very poignant reasoning behind her belief in the need for green social work: “Attempts to improve social conditions may be lost,” she said, “if society itself lacks clear air, drinkable water, and adequate food.”

This newfound awareness in the social work field was met with an air of embarrassment. Experts began acknowledging that social work had always had an ambivalent understanding of its relationship to the natural world. And that while their work had always been based upon a “person-in-environment” principle, it had long neglected the “environment-in-person” aspect. There was a certain level of rose-tinted metaphor to the whole thing: the flaws of the field of social work were represented within the flaws of the human condition. In short, we all waited too long to see the inevitable truth about global warming and it was our collective responsibility to do something about it, fast.

Soon the conversation shifted from revelation to action.

Arguably the most profound impact of the new green edge to the field of social work comes in the form of professionals on the ground in the aftermath of a natural disaster. They flood to the South after devastating hurricanes; they establish shelters for people who are forced to evacuate their homes; they provide aid plain and simple. Social workers fill the need for emergency management that focuses on people instead of their insurance policies.

According to Case Western Reserve University, another benefit of having social workers on the ground during the aftermath of a devastating natural disaster is that they are able to address poverty and other structural inequalities at the same time as they’re working to enhance the quality of life of the residents. A social worker stationed in a region prone to hurricanes, for example, will build relationships with local families and be better equipped to cater to their particular needs – like helping the parents of a child with disabilities prepare for the hurricane before it hits. The simple fact of the social workers’ proximity to affected peoples and issues makes them better advocates.

The best part is that all of this is just a matter of course. If social workers place themselves at the scene to help, their training just kicks in.

Another beneficial outcome of the advent of green social work is Environmental Justice.

It is defined by the EPA as “the fair treatment and meaningful involvement of all people regardless of race, color, national origin, or income, with respect to the development, implementation, and enforcement of environmental laws, regulations, and policies.”

Once social workers started examining the real-world participation and understanding of environmental programs in their communities, it became clear that many barriers still exist.

Dawn Philip and Michael Reisch outline some of these barriers in “Rethinking Social Work‘s Interpretation of ‘Environmental Justice’: From Local to Global.” The issues range from not having the resources to access vital health and environmental data to not being able to afford the technical supplies that help social leaders communicate environmental concerns to the community.

Before the introduction and focus of green social work, these issues would just get lumped into the broad category of general organizational dysfunction. It’s quite clear though that health concerns of this magnitude are something entirely different. Think Flint, Michigan.

In this era of environmental catastrophes that knock out entire regions, entirely new social issues have become a reality. For example, the 1951 Geneva Convention defined “refugees” as people who are outside their home-state due to race, religion, nationality, political opinion, or membership of a particular social group. But, as noted by Melahat Demirbiek in his paper “Environment, Environmental Refugees and Green Social Work,” high-level environmental degradation – aka sea level rise, flood, drought, desertification, and deforestation – has created another kind of refugee. The environmental refugee.

There is no proper technical classification to aid this sort of person.

While political refugees are entitled to food and shelter, environmental refugees are not yet recognized by international law. It is the job of green social work to shed light on this problem and support the people caught in its crosshairs.

All in all, green social work is a movement that has been a long time coming. And I hate to say it, but we were a little late to the game. It’s time to be of help however we can. Someone needs to empower the communities most affected by climate change – because these environmental disasters are happening whether we’re ready for them or not – and social workers are some of the best equipped to do so.

Have you seen green social work in action firsthand? Please, share it in the comments!