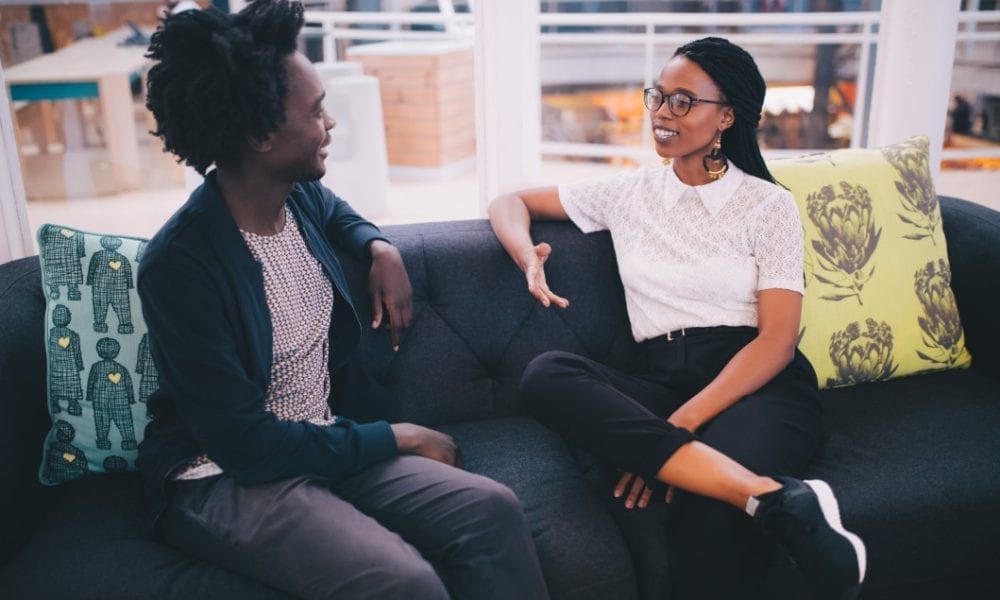 Who (or what) comes to your mind when you think about active listening?

For me, I think about my girlfriend Jo. She gives her complete attention to my stories, her sole intention to understand. She does not interrupt while I narrate, excepting necessary clarifications. The energy steers me to confide in her. She is my definition of active listening.

As Carl R Rogers, an American psychologist and founder of the person-centered approach asserted:

“We think we listen, but very rarely do we listen with real understanding, true empathy. Yet listening, of this very special kind, is one of the most potent forces for change that I know.”

Social work, without an iota of doubt, involves a lot of listening as we engage with our clients. Hence, the approaches we employ to listen, especially while COVID-19 is taking a negative toll on various aspects of our well-being, can determine the effectiveness of our services.

In order to actively listen, we often must make an effort to be aware of our prejudices and preferences within personal and professional realms. Hence, our commitment to our ethical responsibilities to our clients by respecting their human dignity, worth, and self-determination to make decisions for themselves. This awareness is possible when one is cognizant of different ways of interacting and listening.

For instance, in Collaborating with the Enemy, Kahane mentions the following 4 types of listening techniques: downloading, debating, dialoguing, and presenting.

Because the nature of our job grants us the freedom to perform a wide variety of functions at various levels and capacities (such as facilitating, coaching, counseling, educating, developing resources, writing and researching, advocating, managing, leading, negotiating, building communities, and more) the significance of listening with empathy and patience cannot be underestimated. This will not only enable us to understand their changing needs but also influences our efficiency and capacity to serve our clients well. Is it a bird, is it a plane? No, it’s Superhero Therapy!

Not to be mistaken for when superheroes happen to go into therapy, Superhero Therapy is a technique which can be used to support people who are in distress. This technique can be used across models, professions and theoretical orientations. Dr Janina Scarlet’s account of Superhero Therapy’s origins can be found here, and this current article is going to examine the practicalities of how Superhero Therapy might work.

In short, Superhero Therapy involves using a client’s favourite superheroes for support, inspiration, strength and compassion. They do not have to be ‘traditional’ superheroes – other fantasy/sci-fi characters may participate such as Harry Potter, Matilda, and Sabrina the Teenage Witch (or her cat). Many superheroes have flaws and struggles, and they all inevitably get things wrong. They aren’t always sociable, or even likable.

So what are the practicalities of using the Superhero Therapy technique?

Firstly, at face value it is a great way to get to know people without having A Very Serious Discussion About Feelings. Finding out what someone’s interests are is an important and human part of any therapeutic process, and at the same time it can provide valuable information in the context of casual conversation. In this case, the focus would be light information-gathering and relationship building. For example in one touching story, Drax from Guardians of the Galaxy was related to by a young boy diagnosed with autism. These characters can be a way of reaching people.

Secondly, superheroes might be used as a way to externalise a problem. This technique is popular in narrative and social constructionist perspectives of distress. An example could be a person describing their anger as being like The Hulk – unstoppable, the desire to smash. Somebody may feel that they ‘go Gollum’ when the critical voice in their head starts to remind them they are going to fail. Having no boundaries and people-pleasing could be externalised as being like the Genie from Aladdin.

By giving the problem a name and a character, it is separated from a person’s sense of self. This supports people toe to develop a different and less blaming relationship with distress. To do this, a therapist might spent lots of time fleshing out the character with all five senses. They would keep drawing parallels between the character and the experience of distress.

Cognitive Analytic Therapy and psychodynamic approaches might use creative techniques to delve into unconscious processes. One might look for what the superhero represents, e.g. being strong or clever or popular – perhaps it is an unmet need? Links may be made between the superhero and actual/idealised caregivers, and whether the superheroes represent people who already exist in the client’s life.

The superhero could represent the client, or somebody they wish they were. What is that draws the person to the character, what stories about the superhero stand out? (e.g. stories of triumph, or loss, or conflict). Additionally, the person’s relationship to the superhero is important – is it one of admiration, sexual desire, envy?

Superhero stories might also be used as part of Cognitive Behavioural approaches. Cognitive Behavioural approaches often focus on one’s thinking patterns, and how they can colour one’s life. Examples include ‘all or nothing’ thinking (e.g. ‘you come first or you’ve failed’) and  generalising (‘I ALWAYS get it wrong’). Superheroes could be used to evaluate such patters (e.g. if panic attacks mean you’re not strong, does that mean Iron Man isn’t strong? Would The Doctor be a bad person if he gave up his guilt? Does Storm always forget about her past and ‘move on’?).

Finally, superheroes can be a resource for ideas and inspiration. How did they get out of some tricky situations? What were the pros and cons, and who helped them? Sometimes in therapy, a client might be asked what their friend would say to them (e.g. “Would your friend call you stupid and useless?”). But some people have few to no positive relationships in their life, and superheroes might be another way to source creative ideas (“What would Lara Croft say about facing your fears?” or “What did Jean-Luc Picard do when he was stuck?”).

One could also source some personal experiments from superheroes (“Imagine you’re in the Triwizard Tournament and your next challenge is to go to a social gathering…”), or ideas for how to care for themselves (“What would you need to survive the Hunger Games?”), or even some life philosophies (“You’ve already made the choice, now you have to understand it” – The Oracle, The Matrix). A client could read a section of a comic or film script aloud with a therapist, to get a feel of what it’s like to be that superhero. They may create subtle gestures to release their powers as Spiderman releases his web. The possibilities are many.

However, no superhero is flawless, and neither is Superhero Therapy. Having a fun topic that both therapist and client can share may be useful and validating. However, assuming shared knowledge could be detrimental if the therapist doesn’t remain curious and exploratory. A mere mention of certain characters might bring up certain things for different people – Poison Ivy is one person’s sexual object, but another person’s environmental activist or powerful scientist. As such, and given the excitement and wonder of the superhero world, it’s important that the therapist not get too caught up in the magic and their own memories or interests.

On the flip side, the therapist may never have heard of the client’s superhero. This may be particularly regarding minority ethnicities, women, and LGBT+ (minority gender and sexuality), whose superheroes may not yet be as mainstream as the likes of Iron Man, John Connor, Flash Gordon, James Bond, Kickass, Hercules, Batman, Thor, Daredevil, Neo, Superman, Marty McFly, Green Lantern, Sherlock Holmes, Dr Who, Spiderman, Dr Manhattan, Indiana Jones, Luke Skywalker, and so on.

Of course, not all superheroes are straight white males, and having the client describe their superhero if the therapist is unfamiliar is actually a great opportunity. The danger would simply be assuming a narrow range of what ‘superhero’ might mean to someone, especially when describing superhero therapy to the client. A therapist should at least be aware of a range of examples of what ‘superhero’ could be, if only to support the client to think about who their heroes are and why (some clients would of course need no prompting!).

These issues link directly into wider conversations about social justice at large – for example, the representation of certain groups of people such as the ‘crazy’, females, effeminate men, ‘criminals’, and those who are not white. Superhero Therapy is affected by the problems or puzzles that naturally fall into the helping, social domain. By dint of being part of our culture, superheroes reflect the real world in which they are born.

It’s possible that the application of Superhero Therapy is an invitation for more of us to be superheroes, to be empowered, to find out what it is that we are good at and where we fit. A common theme of superhero stories is that of the civilian population having solidarity and compassion for each other (albeit usually in defiance against an evil tyrant.. is that too far from reality?). Even villains are usually not ‘all bad’ and some of them try to solve social problems, albeit in a morally questionable manner (e.g. Magneto, the aforementioned Poison Ivy).

In conclusion, the practicalities of the Superhero Therapy technique are diverse and worth pondering. The concept of Superhero Therapy is naturally flexible, but the process still requires the personal touch of understanding the client (and it cannot be assumed that every geeky client will connect with superhero therapy). It combines general everyday interests with deep-set beliefs, hurts and vulnerabilities, and can be a powerful tool. However, as any therapist or support worker should know, with great power comes great responsibility. That responsibility extends right out into societal, social justice. It is up to the practitioner to avoid treating this like a surface-level and superficial task, and to truly explore its potential.