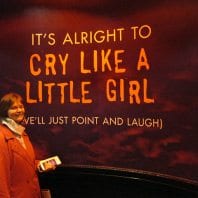 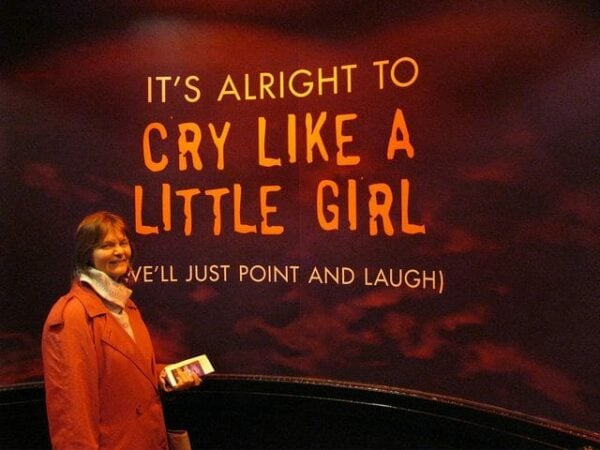 I don’t recall when I first heard the words, “Don’t cry like a girl! Be a man!” They simply were an accepted part of daily life. Despite the wide spread use and acceptance, I was always bothered by those and similar phrases. Primarily because they seemed to be more of an insult to females rather than a motivational phrase to males. The insinuated message was that crying is weak just like females are weak and that is bad. It took me years to realize it was also an insult to males.

Phrases such as these are being challenged more frequently by both females and males but the challenge comes from a female perspective. There are many current campaigns to eliminate the screwed up myth that existing as a female is in and of itself insulting. While I of course fully agree that this elimination is necessary, there is another side that is mostly ignored, yet equally important if we want equality and harmony between the sexes. The flip side to empowering females to be strong and independent is to also empower males to embrace and express emotions in healthy ways.

As a psychiatric social worker who largely provides psychotherapy to males I’ve come to understand exactly how damaging phrases such as, “Don’t cry like a girl” are to them as well. The message that emotions are bad and should be avoided has left us with an emotionally stunted population. Not only are males discouraged from feeling and expressing emotions in healthy ways but many females also struggle with emotions as a result of a society driven by “masculine” stereotypes.

Due to this struggle, many social issues are linked to anger which appears to be the only emotion that is generally acceptable for males to exhibit. There is little awareness that anger and other so-called “negative” emotions are actually derivatives of fear. These “negative” emotions can be informative and expressed in helpful ways that can move us forward out of fear rather than leave us stuck in the thick of it.

In an ideal world we would all come from families that innately model healthy expression of emotions and effective communication but, well, we don’t. Therefore, if we want a higher level of emotional intelligence in our society, which is important not only for success as a society but ultimately survival, emotional education is necessary. This is obviously a major component of psychotherapy but many people would never seek therapy or even recognize that they’re emotionally stunted.

Therefore, including emotional education in a more acceptable learning environment, such as schools would be the most far-reaching. The overall belief behind education for children is to provide an environment where they can learn and grow as a result of being exposed to new and different ideas. Schools could also provide opportunities for adults to learn the same skills in conjunction with their children, addressing more than one generation at a time.

Some schools are already leading this charge. Dialectical Behavior Therapy (DBT) skills (which emphasize mindfulness, emotion regulation, distress tolerance, and interpersonal communication) are already being utilized in schools in place of traditional classroom management. There are also other schools that utilize Social-Emotional Learning (SEL) and non-violent communication, which emphasize many of the same concepts as DBT and other unmentioned programs.

Through such efforts to encourage emotional intelligence alongside other more traditionally accepted forms of intelligence, these skills will eventually become more of the norm than not. And phrases such as “Cry like a girl” will progress beyond even that of a positive battle cry. They will eventually cease to exist because emotional expression will no longer be associated with a particular gender and instead will be the standard for communication. 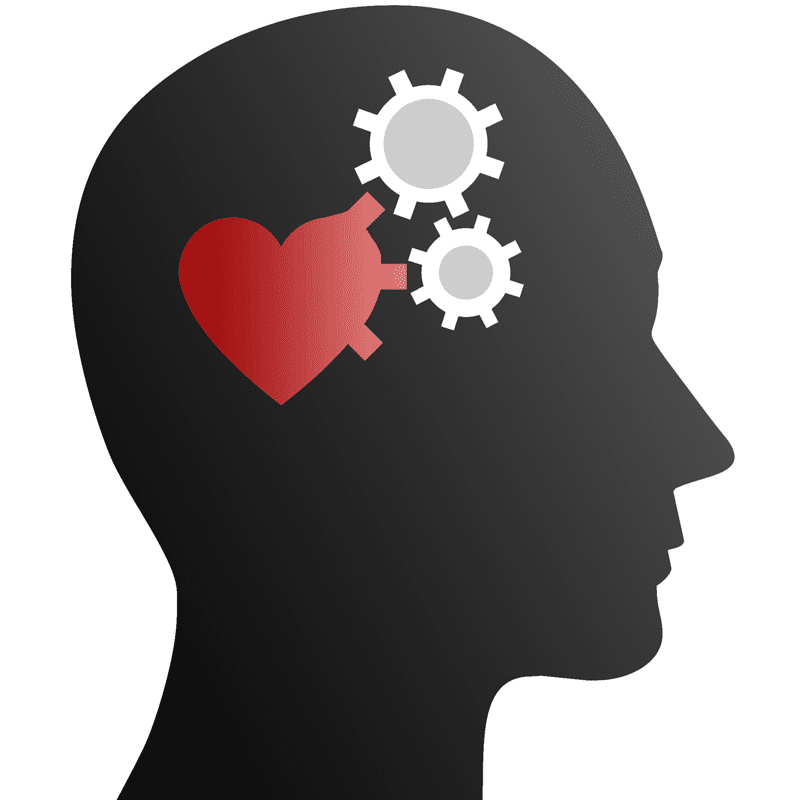 One of my favorite Dialectical Behavior Therapy concepts is “Wise Mind”. Using your wise mind is all about striking balance and intuition especial during times of stress. If you are too emotional, you may make poor and impulsive decisions. If you are overly rational, you may be boring and cold. Check out the diagram below which provides a visual for this idea. I find this diagram to be particularly useful for adolescents whose brains haven’t quite mastered higher level executive functioning of rational decision making. It is also helpful for folks who have an emotional temperament or problems with boundaries in their relationships.

It can be very hard when under a great deal of stress to stop and consider if we are being wise-minded.  However, it is important during those times of stress to “zoom out” and take an external perspective on the event, so we can make healthy choices.

Can you think of times when it could be helpful to be rational-minded or emotional-minded? How do you strike a balance between the two in your own life?

According to Carol Vivyan, CBT Therapist and author of http://getselfhelp.co.uk:

When we feel upset or distressed, we normally react automatically, without thinking about the consequences.  And we can often get into the habit of using unhelpful and often self-destructive behaviours to help us cope. These may include:

When we use these self-destructive coping behaviours, we often then get caught up in thinking we’re bad for doing them, which makes us feel even worse, and may make us more likely to keep on doing them.  A vicious cycle. Read More