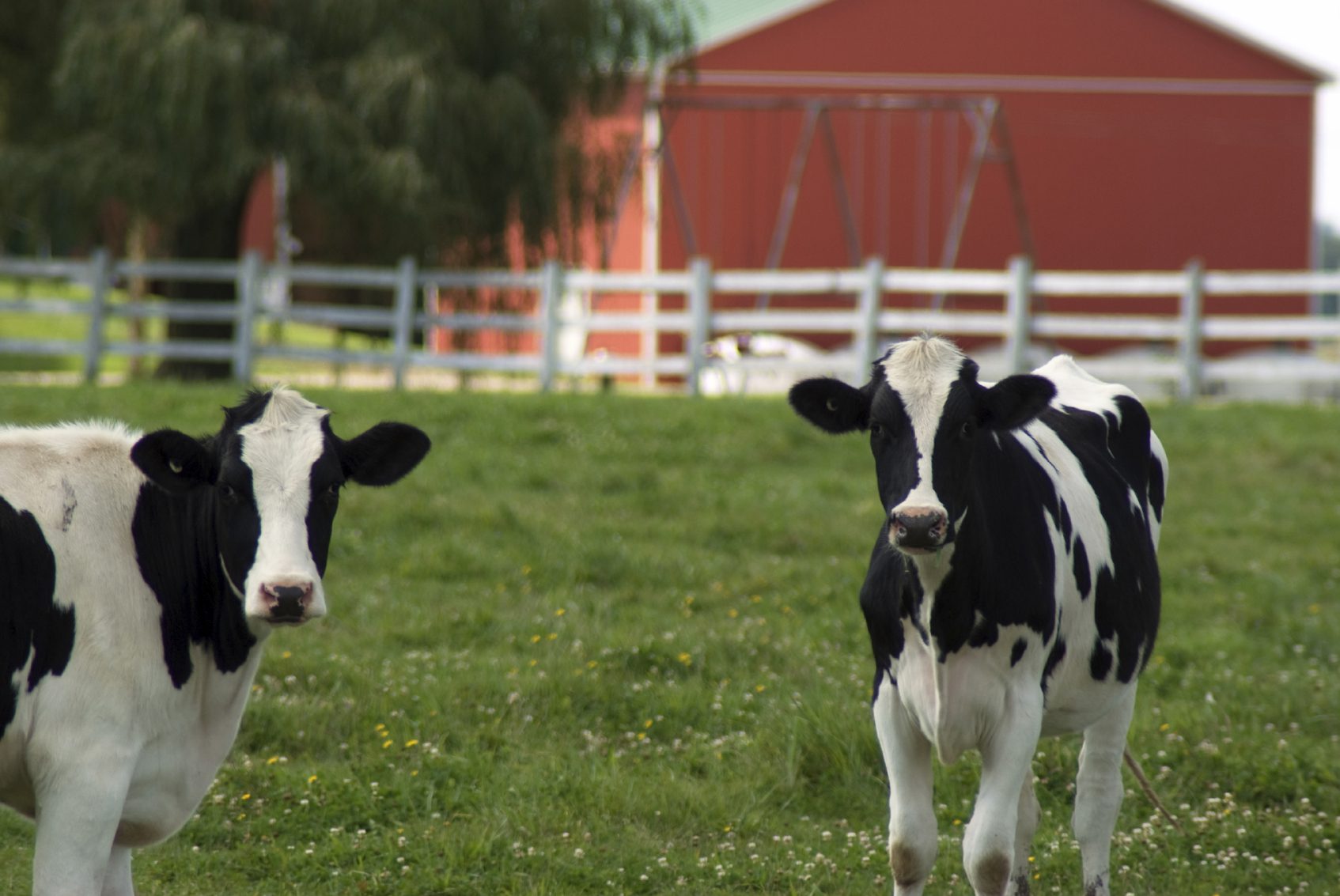 Imagine yourself strolling beside a river in the woods near your home, only to have this idyllic scene interrupted by an unpleasant smell. You follow your nose in search of a source and discover a stream of sewage and manure flowing from the dairy farm nearby.

For Britain’s George Monbriot, this olfactory nightmare was his reality. The filamentous fungi churning out from the dairy farm was severely polluting the water, making it nearly impossible for anything there to grow.

So why hadn’t anyone done anything about this problem? If this were a chemical factory, people would be up in arms. But for some reason, a dairy farm isn’t viewed as the same sort of hazard or problem.

This pollution — the kind you can actually see and smell — is just the tip of the iceberg. Once you dig into the water use and greenhouse gas emissions that result from the dairy industry as a whole, you discover a more disastrous impact that can no longer be ignored.

What Goes In Must Come Out

The carbon footprint of dairy production is simply massive, and it all starts with how these cows are being fed.

It takes a lot of feed for a cow to produce milk, and those crops have to be grown somewhere. In the U.S. alone, livestock feed takes up 66 percent of all calories produced by crops, and the process of raising and fertilizing these crops creates a huge amount of greenhouse gases.

Once feed reaches the stomach of the cow, the digestive process creates “enteric fermentation” — cow farts. Worldwide, this accounts for 28 percent of all methane emissions related to human activity. That amounts to 80 million metric tons of methane every year.

There’s also the issue of what happens after digestion: manure. Dairies tend to collect manure and put it into a pond, where it sits and slowly digests itself. This stew of stinking manure releases all sorts of methane and nitrous oxide into the air, creating significant emissions as well.

But even with all this considered, the environmental damage of the dairy industry is far from complete.

More Than a Drop in the Bucket

Producing just a single gallon of milk takes 1,000 gallons of water, the vast majority of which is used to grow crops to feed the cows. Currently, 80 percent of all soy and 60 to 65 percent of all corn is grown solely to feed livestock.

And the expenditures of water and energy are growing by the day.

Over the next decade, we expect to need an additional 20 billion gallons of milk per year to serve the growing human population. This increase in milk production will create 200 million to 250 million tons of carbon emissions, which is equivalent to 50 million cars. And that’s just growth; that number doesn’t even consider current impact.

The production of an additional 20 billion gallons of milk per day will require 55 billion gallons of water every day. That’s about 50 percent more water than the entire state of California uses. Just think: In order to meet the growing demand for milk, we’ll have to add the equivalent of 50 million cars’ worth of carbon emissions and the entire West Coast’s share of water use to an already taxed planet. This is a significant problem.

What We Can Do?

There are people in the dairy industry who are deeply concerned about these environmental impacts and are working to do things right. Fair Oaks Farms, for example, is a dairy in Indiana that aspires to become carbon- and pollution-neutral. The owners have developed ways to turn urine and manure into bio-gas, which is used to power their plant and run their delivery trucks. Fair Oaks is a large dairy, and its size allows it to invest money into operating in a more environmentally friendly way. Unfortunately, many smaller dairies simply cannot afford to make these steps.

When it comes to feeding the planet, growing a plant and feeding it to a person is a much more efficient approach, cutting out the intermediary cow that converts plant into beef or into milk. Removing that middle step creates a way of eating that uses less land and saves the planet billions of gallons of water use.

We needn’t avoid dairy completely; a little decrease can make a difference. Even the smallest change, if enacted on a large scale, can make a massive impact on the health and wellness of our planet.