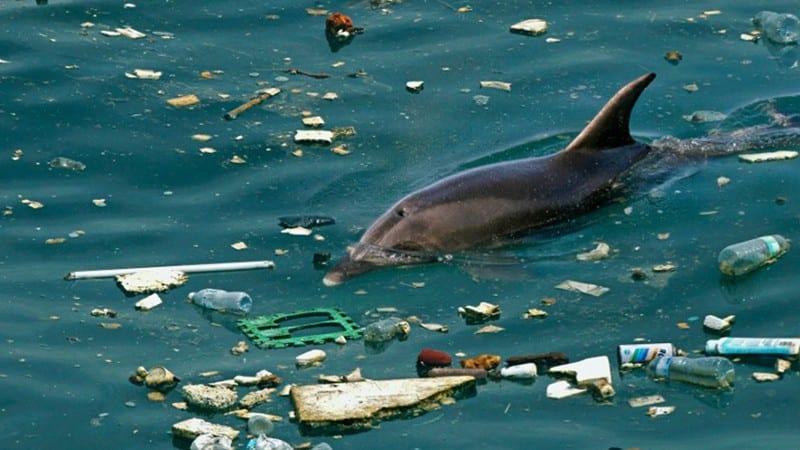 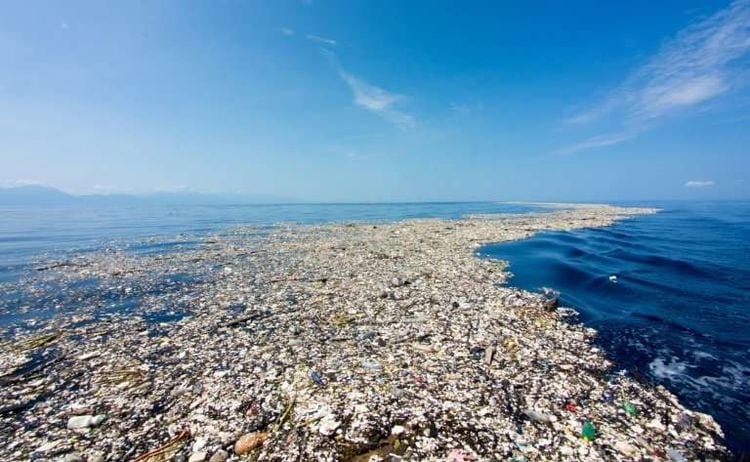 Plastic is everywhere in our lives these days. Water bottles, microbead skin products, disposable razors, shopping bags, and red solo cups.  It’s amazing how much of this ends up in the water systems, my dear Mississippi River and the Pacific Ocean.

When this debris ends up in the oceanic system, they all get pulled around by the currents–typically ending up in the same place, if not in an animal’s throat or around their neck first.  According to National Geographic, the Great Pacific Garbage Patch “is a collection of marine debris in the North Pacific Ocean. Marine debris is litter that ends up in oceans, seas, and other large bodies of water.

This “patch” is more than twice the size of Texas. It’s not surprising considering a study released in 2015 estimates that 8.8 million tons of plastic waste ended up in the ocean in the year 2010. I keep having this nightmare that the garbage patch is going to grow until the whole Earth is one large garbage patch!

Before we get to that point, too many animals will die from plastic. In 2013 in Spain, scientists found a dead whale, whose cause of death was intestinal blockage. The digestive system contained 59 pieces of plastic waste totaling 37 pounds in weight. Sea turtles are now ingesting twice the plastic they were 25 years ago. In total, it is estimated that plastic ingestion kills 1 MILLION marine birds and 1 HUNDRED THOUSAND marine animals every single year!

Other than ingestion, plastic can also ruin an animal’s life by tangling them up; this can make movement and growth difficult or impossible. Some species happen to inhabit areas where plastic pollution is more of a problem, causing them to be more susceptible to entanglements and ingestion caused by plastic. This fact proves true for species like the Hawaiian monk seal, which swim and feed in areas close to the Great Pacific Garbage Patch.

Not only can plastic hurt them in its full state, but also in later states. Although plastic does not biodegrade, it does break down and the chemicals that break down impact animals as well. The toxic chemicals really mess with the hormones of marine animals. In the long term, this can affect humans as well because many people are consuming the animals affecting by these pollutants.

So what can you do?

Of course, recycling can be a big help and not littering, but the only way to completely prevent these problems is by decreasing your plastic consumption. The best thing you can do is to completely eliminate plastic from your life! Convenience is not worth possibly living on a garbage planet.

In my single-handed fight I have collected 180,000 items – 50 pieces of litter a day for 10 years. If only the world didn’t find this weird – Andrew Mayer

Learn more about Andrew and his efforts to help pick up trash before it makes its way to the ocean in the article he wrote for the Guardian entitled I pick up plastic waste to save it from landfill. It’s lonely but worth it.